Why am I a scaredy-cat and you're not? The science of fright 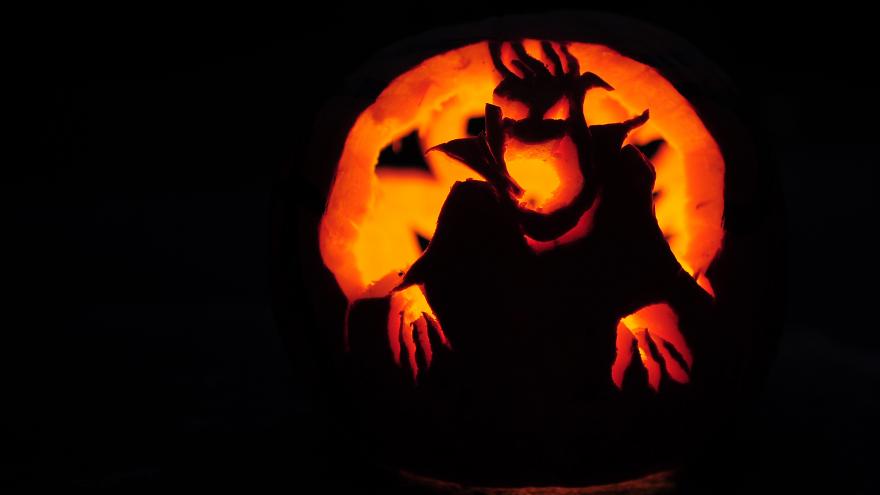 I've never seen "Halloween" (any of them). Or "Scream" or "Saw" or "The Blair Witch Project" or "It." My kids know better than to suggest it -- I've embarrassed them too many times by squealing loudly in the theater when some small scare pops up from nowhere. (Yes, the entire theater always laughs at me.)

I don't go to Halloween haunted houses either, although I created one for neighborhood kids for years as part of my son's birthday celebrations. Most didn't consider it very scary, because it wasn't.

And yet all around me are people screaming for Halloween frights -- loudly, with complete abandon and enormous delight -- and then they go back for more.

What makes me so fearful when they're not?

"I don't think that it has to do with the fact that people enjoy being scared," said Glenn Sparks, professor of communication at Purdue University. He's been studying the effects of frightening mass media for years.

"By definition, fear is a negative emotion," Sparks said. "When we're scared of something, we are experiencing our well-being under threat, and people do not enjoy that. What they are enjoying are things associated with that experience that typically happen after the scare is over."

One reason you may be drawn to scary experiences is the satisfaction of conquering a threat. Take roller coasters for example.

"You might not enjoy thinking about the car falling off and hurtling you down to the ground," Sparks said. "But when you finish the ride and you can look back up (at) the height of the coaster and say to your friends, 'I made it, I did that,' that's enjoyable."

Mastering the scary haunted house gives much the same gratification, Sparks said. And if you're with good friends when you conquer your fear, that can turn your excitement into an experience you want to repeat.

"We call that an excitation transfer effect," he explained. "If you come out of a scary film or the haunted house and you're laughing and talking with friends, that pleasant feeling you're having can be intensified by the arousal still lingering from your fear."

We're all wired to look for novel things in our environment, a leftover from our ancient days of scanning for danger.

"There's an innate survival system in humans," said Joanne Cantor, a retired University of Wisconsin professor of communications. "It's sort of like driving by a car wreck -- you don't want to see it, but you can't help looking at it.

"Then there are others who like to play with those emotions and take risks," said Cantor, who has spent 40 years researching the emotional reactions of adults and children to mass media, including fright.

"In psychology we refer to that as a sensation-seeking personality," Sparks explained. "It will be those people who skydive and bungee jump who may also seek threatening entertainment.

"They may have a very low arousal set point, so they're constantly craving experiences that elevate that arousal and flood the system with adrenaline," he said.

OK, that explains a good bit about why some people love to be scared (or think they do). But why am I so adverse to the feeling of being frightened?

"First of all, there's a large gender difference in who loves this stuff and who finds it appalling," Cantor said. "Guys tend to like it more than girls."

That's likely due to the different ways boys and girls were treated as they grew up, she added.

In fact, in her research, she has found that almost everyone -- including boys -- can tell about an experience with a frightening film that haunted them long after it was over.

"About 90% have something to say," Cantor said. "It's very, very common to have at least one scary thing that really stayed with you."

(Aha. Mine was the movie "Alien." To this day I can see that *thing* ripping the poor man's stomach open.)

The role of youth

If you were young when that scary moment happened, Cantor said, it's more likely to stay with you and shape your future preferences.

"Children at a very young age think that what's on the screen is actually there," she said. "If a vicious beast is coming toward them on screen, a young child is going to be scared."

And because of the different ways younger children see and understand the world, parents may not at first understand the extent to which their child is frightened, Cantor added.

"It's important to soothe a frightened child and help them cope," she said.

Gradually, children learn the difference between fantasy and reality, but that doesn't mean they get over their fears, Cantor said. Unfortunately, they learn from the news that terrible things do happen in the real world.

"There are a lot of things they see in horror movies that actually could happen," Cantor said. "Freddy Krueger may not be real, but there are 'homicidal maniacs' in the world."

Finally, if a child is very empathic and relates to the characters on the screen, then that child is going to be more frightened, and the fear may last much longer.

"You just might feel the fear more intensely and that stays with you, even for your whole life," Cantor said. "Our research found that one really tough experience could last literally forever."

Cantor's early research, for example, showed that people who saw the movie "Jaws" before the age of 13 continued to have a recurring fear, not just of sharks, but of lakes and pools or any water in which they could not see their feet.

"That's the unfortunate consequence of this really deep traumatic feeling that just gets stored in the brain," Cantor said. "All this physiological reaction: heart rate, blood pressure, anxiety; when you get older you say 'How can this be?' but your brain won't shut up."