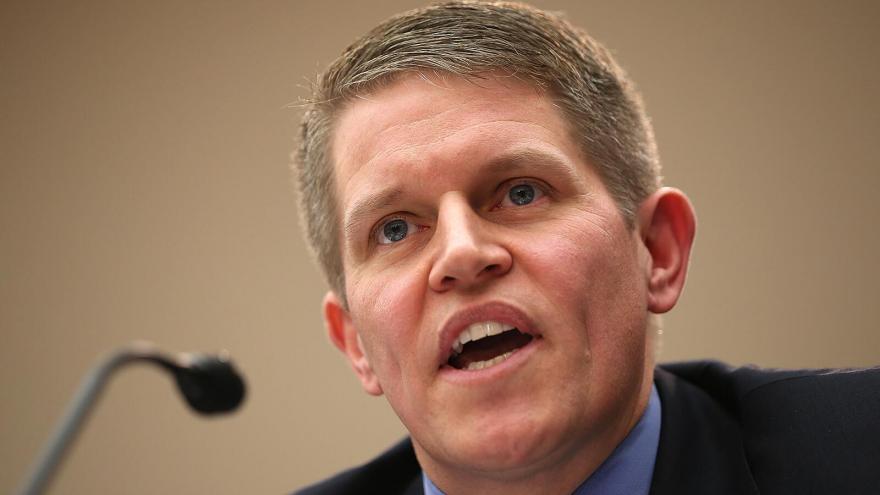 The White House will withdraw the nomination of David Chipman to lead the Bureau of Alcohol, Tobacco, Firearms and Explosives. Chipman here testifies on Capitol Hill on January 23, 2013 in Washington, DC.

(CNN) -- The White House withdrew the nomination of David Chipman to lead the Bureau of Alcohol, Tobacco, Firearms and Explosives, President Joe Biden announced in a statement Thursday.

Biden put the blame on Republicans for the inability to get Chipman confirmed, even though there have been concerns among moderate Democrats and independent Maine Sen. Angus King -- as well as GOP senators -- over Chipman's past record on gun control.

"He would have been an exemplary Director of the ATF and would have redoubled its efforts to crack down on illegal firearms traffickers and help keep our communities safe from gun violence," Biden said of Chipman.

"Unfortunately, Republicans in Congress have made clear that they intend to use gun crime as a political talking point instead of taking serious steps to address it. That's why they've moved in lockstep to block David Chipman's confirmation, and it's why they side with gun manufacturers over the overwhelming majority of the American people in opposing commonsense measures like universal background checks."

Chipman said it was an honor to be considered.

"I knew this confirmation process would be difficult, and while ultimately we weren't successful, it remains essential that ATF is led by a confirmed Director who is accountable to the public and places no special interests before the safety of our children and our communities," Chipman said in a statement.

A senior administration official told CNN the move was made after the White House realized "we do not have the votes. We will land him in a non-confirmed job in the administration."

Chipman, a former career official at ATF, came under scrutiny from pro-gun rights supporters and the National Rifle Association for his work as a senior adviser to Everytown for Gun Safety and Giffords -- the organization started by former Rep. Gabrielle Giffords, who was shot at an event in her Arizona district in 2011.

Top Democrats had been quietly moving to lock down support for Biden's nominee, but Chipman struggled to gain support because some senators questioned if his past record as an advocate for stricter gun laws would make him a less effective director.

The Washington Post was first to report on the withdrawn nomination.

Biden nominated Chipman to head the ATF in April, seeking the first Senate-confirmed director of the agency since 2015 and just the second in its history.

CNN's KFile reported that Chipman failed to disclose some interviews and events dating back to 2012 on paperwork filed with the Senate for consideration of his nomination.

In one undisclosed 2019 talk given to a law firm titled "Can the Right to Bear Arms Coexist with Gun Control?," Chipman said his views and politics weren't typical of most at the ATF and in law enforcement because the groups were mostly "a very conservative bunch, primarily of white men."

The withdrawal of Chipman comes as Democrats have struggled to overcome GOP resistance to measures aimed at curbing the use of guns, and amid a rise in mass shootings in the United States. The House has approved two bills to expand background checks on firearm sales, including one to do so on private and commercial transactions, but that lacks the support of moderate Democrats like Sen. Joe Manchin of West Virginia and Sen. Jon Tester of Montana.

While at the ATF, Chipman "disrupted firearms trafficking operations in Virginia that were supplying illegal guns to New York City, served as a member of ATF's version of SWAT, and was named the Special Agent in Charge of ATF's Firearms Programs," according to his bio on the website for Giffords.

In recent years, the ATF has become most visible in the aftermath of mass shootings around the US and at other crimes involving firearms.