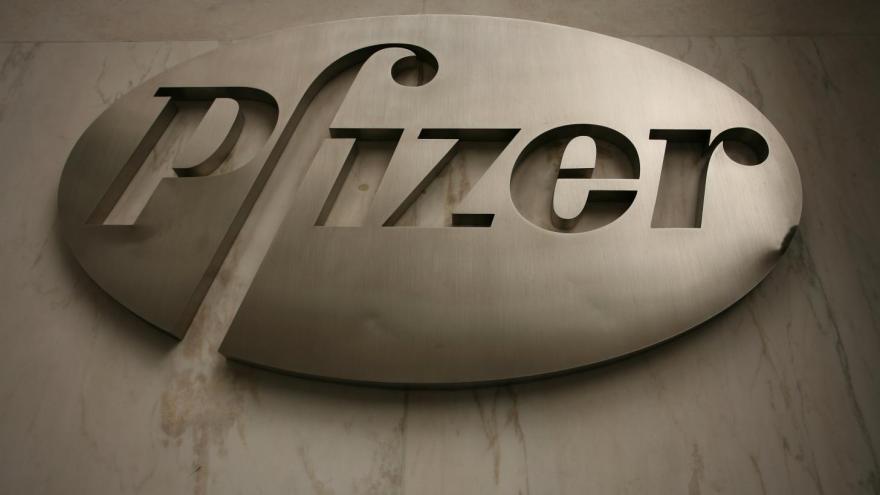 Pfizer submitted an application to the US Food and Drug Administration for emergency use authorization for its Covid-19 vaccine candidate, and an FDA vaccine advisory committee is slated to meet December 10.

(CNN) -- Moncef Slaoui, the head of the US government's effort to develop a vaccine against Covid-19, said the first Americans to receive a vaccine -- if all things go according to plan -- could be as early as the second week of December.

"Our plan is to be able to ship vaccines to the immunization sites within 24 hours from the approval, so I would expect maybe on day two after approval, on the 11th or on the 12th of December, hopefully, the first people will be immunized across the United States, across all states, in all the areas where the State Departments of Health will have told us where to deliver the vaccine," Slaoui told CNN's Jake Tapper on "State of the Union" Sunday.

On Friday, Pfizer submitted an application to the US Food and Drug Administration for emergency use authorization for its Covid-19 vaccine candidate, and an FDA vaccine advisory committee is slated to meet December 10.

Slaoui said that means, if authorized, the vaccine could be rolled out the next day.

Slaoui also said that based on plans, the amount of the population who need to be vaccinated for life to return to normal is likely to happen in May.

Slaoui told Tapper that with the level of efficacy that has been shown in both Pfizer and Moderna's vaccines, "70% or so of the population being immunized would allow for true herd immunity to take place, that is likely to happen somewhere in the month of May, or something like that based on our plans."

Following Slaoui's comments on Sunday, Dr. Anthony Fauci, the nation's top infectious disease expert, told CBS' Margaret Brennan on "Face The Nation," that while he "totally agree[s]" with Slaoui that there could be herd immunity by May, it would require that a majority of the country be vaccinated.

"If you have a highly efficacious vaccine, and only a relatively small 40, 50% of the people get vaccinated, you're not going to get the herd immunity you need," Fauci said. "What we do need is we need to get as many people as possible vaccinated."

A new Gallup poll found that 58% of Americans said they would get vaccinated against the coronavirus if there was an FDA-approved vaccine available right now at no cost.

Fauci explained Sunday that "we want to be very transparent" and stressed for people to understand the independent process that led to the point of the FDA, along with independent advisory committees, saying that the vaccines are safe and effective with an emergency use authorization and ultimately a license.

"When the American public hears that, you should be assured that that is the case and if you get an overwhelming majority of the people vaccinated with a highly efficacious vaccine, we can reasonably quickly get into herd immunity that would be a blanket of protection for the country," Fauci said.

Slaoui said earlier Sunday that he looks forward to seeing the level of negative perception of the vaccines decrease and people's acceptance increase, as that will be critical to help.

"Most people need to be immunized before we can go back to a normal life," he said.

Last week, however, Fauci offered a more conservative timeline, telling CNN's Jake Tapper on "State of the Union" last week that he thinks the nation could start getting back to relative normality by April or July of 2021 and saying he thought that would be possible to achieve by the second or third quarter next year.

"So, if we get the overwhelming majority of people taking the vaccine, and you have on the one hand an effective vaccine, on the other hand, a high degree of uptake of the vaccine, we could start getting things back to relative normal as we get into the second and third quarter of the year, where people can start thinking about doing things that were too dangerous just months ago," Fauci said at the time.

Fauci cautioned that vaccines have to come, they have to be deployed and fundamental public health measures can't be abandoned.

Experts have said that initially there won't be enough vaccine for everyone. The highest-priority groups, which include health care workers, the elderly and people with underlying medical conditions, will get the vaccine first.

Slaoui added Sunday that while the vaccine is under consideration for emergency use by the FDA, the US Centers for Disease Control and Prevention and its Advisory Committee on Immunization Practices will look into the data on the vaccines and issue guidance to all the states regarding which populations should be prioritized for the distribution of the vaccine.

Then, Saloui said, it will be up to the states to determine how the vaccine is distributed at the local level.

"Each state will independently decide, taking into account the guidance, who to immunize," he added.

"So some states may make different decisions depending on their population and their situation," Slaoui added, emphasizing again that the highest-risk people, front line and health care workers will be among the first to receive a vaccine in the coming months.

This story has been updated with comments from Dr. Anthony Fauci on CBS on Sunday.