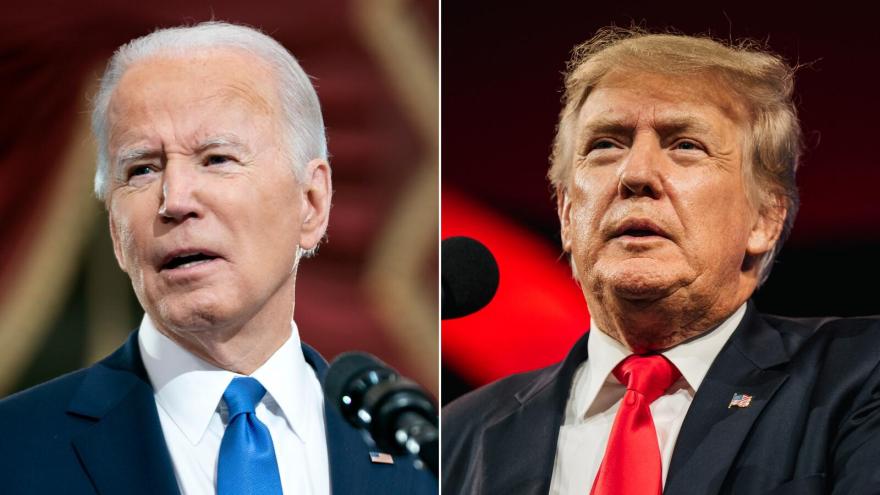 On August 9, the White House largely declined to answer questions on the FBI's search of former President Donald Trump's Mar-a-Lago estate, instead emphasizing President Joe Biden's belief in the independence of the Justice Department.

(CNN) -- The White House on Tuesday largely declined to answer questions on the FBI's search of former President Donald Trump's Mar-a-Lago estate, instead emphasizing President Joe Biden's belief in the independence of the Justice Department.

White House press secretary Karine Jean-Pierre said during a briefing on Tuesday that Biden was not briefed ahead of the search taking place at Mar-a-Lago and neither Biden nor any other official inside the White House was made aware of the operation ahead of time.

"No, the President was not briefed, was not aware of it. No one in the White House was given a heads up," Jean-Pierre told reporters, later adding, "We learned about this just like the American people did."

Jean-Pierre said Biden and White House officials learned about the the FBI executing a search warrant on Mar-a-Lago -- Trump's Florida resort -- from public reports when the news broke on Monday. Three people familiar with the situation have told CNN that the search was made as part of an investigation into the handling of presidential documents, including classified documents, that may have been brought there.

The National Archives had previously said at least 15 boxes of White House records, including records that contained classified material, were recovered from Mar-a-Lago.

The search began early Monday morning and was focused on the areas where Trump's offices and personal quarters are, according to a person familiar with the matter.

Jean-Pierre said on Tuesday that the Justice Department conducts investigations independently, and the White House leaves law enforcement matters to them. She declined to say whether the White House is aware whether Attorney General Merrick Garland personally signed off on the search.

She added that it "would not be appropriate" for the White House to comment on ongoing criminal investigations.

Biden, Jean-Pierre said, believes in the rule of law and the independence of Justice Department investigations.

US Secret Service were in contact with the FBI ahead of the search, a person familiar with the matter said.

In a statement confirming the search at his Palm Beach property, Trump said FBI agents "even broke into my safe" during the operation.

"My beautiful home, Mar-A-Lago in Palm Beach, Florida, is currently under siege, raided, and occupied by a large group of FBI agents," Trump said Monday evening.

The former President was at Trump Tower in New York when the search warrant was executed in Florida, a person familiar told CNN.

Trump is expected to announce his 2024 White House bid in the coming months, even as his legal problems are mounting on multiple fronts -- including two known active Justice Department investigations.

Republicans have rushed to Trump's defense following the search, with many calling on the FBI to explain the reasoning behind the operation.

House Minority Leader Kevin McCarthy alleged that the Department of Justice "has reached an intolerable state of weaponized politicization."

McCarthy in a tweet told Garland to "preserve your documents and clear your calendar," warning of an oversight probe "when" Republicans take back the chamber in the midterm elections this November.