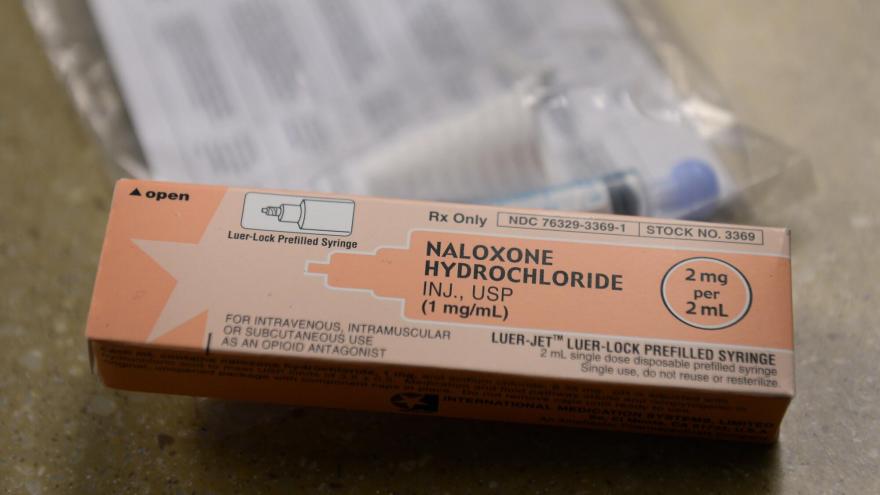 The release of the document, which acts as a comprehensive road map for the administration's approach to drug policy across the federal government, comes as the nation continues to experience record high drug overdose deaths. According to the latest provisional data published by the US Centers for Disease Control and Prevention, an estimated 106,854 people died due to drug overdoses in the 12-month period ending November 2021.

The director of the White House Office of National Drug Control Policy, Dr. Rahul Gupta, whose agency oversees the strategy's implementation, said on a call with reporters ahead of the document's submission to Congress that it will prioritize harm reduction, access to substance use disorder treatment and the disruption of drug trafficking organizations and will ramp up data collection related to drug policy.

"For far too many years, the overdose crisis has been unraveling the very social fabric of our nation and destroying American lives and livelihoods. Biden's inaugural National Drug Control Strategy delivers on his Unity Agenda -- a call to action to beat the overdose epidemic. It recognizes that this is not a red state issue or blue state issue. This is America's issue," Gupta said.

The newly unveiled drug control strategy, Gupta maintained, is the first to prioritize harm reduction in the nation's history. He emphasized that easier access to harm reduction treatments, like the opioid overdose antidote naloxone, is essential.

"The most important action we can take to save lives right now is to have naloxone in the hands of everyone who needs it without fear or judgment, especially today, when 3 out of every 4 overdose deaths are happening from opioids," Gupta said, adding that harm reduction efforts have bipartisan support.

Gupta told CNN's Kate Bolduan on "At This Hour" on Thursday that existing harm reduction policies are "failing people."

"We're failing to meet them where they are and every one of those overdoses, from an opioids perspective, is reversible. But today, we have so many inconsistent policies, barriers, when you are overdosing. Your zip code defines whether you live or die and that should just not happen," he said.

Asked how much time he'll give himself to measure whether the strategy is successful, Gupta emphasized the urgency of the moment, telling Bolduan, "I think every single minute is important, whether we're successful or not, because an American is perishing every five minutes."

"President Biden has made sure that this is an urgent priority, and we need to act with a sense of urgency because this is not a matter of days, weeks or years. It's a matter of every minute when we lose Americans," he continued.

Gupta on Wednesday said that with the President's strategy, the US "will double treatment admissions for populations most at risk of overdose deaths and ensure universal access to medications for opioid use disorder by 2025."

Speaking about the strategy's "renewed focus" on disrupting crime networks tied to illicit drugs, Gupta called on Congress to pass the President's budget proposal, which would increase funding for drug enforcement and for US Customs and Border Protection. He also said the strategy will work toward sanctioning more drug traffickers.

"We have to hit the drug traffickers where it hurts them the most, and that's their wallet. Through this strategy, we will work to more than triple the number of drug traffickers sanctioned and increase our border security," he said.

"For example, we know that one of the best predictors of a fatal overdose is a prior nonfatal overdose, but we do not have a consistent and timely measure of nonfatal overdoses across the United States," Gupta said, adding that limits agencies' abilities to identify emerging trends and effectively target aspects of the drug supply chain.