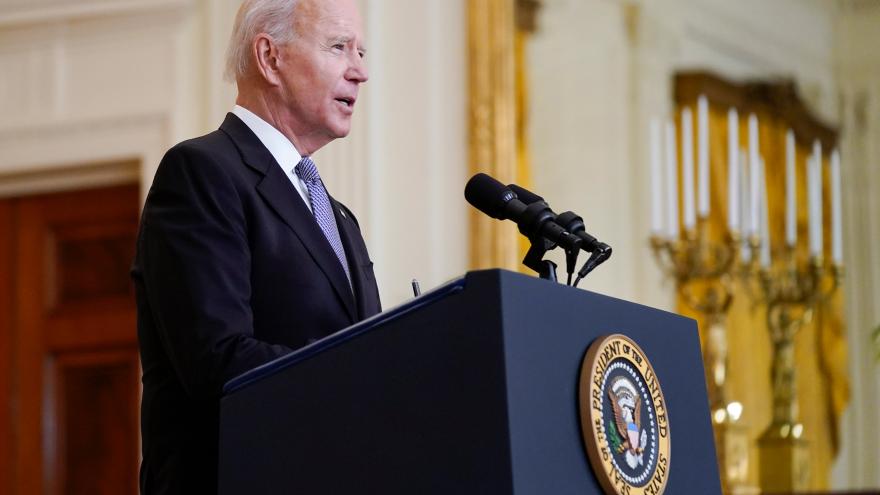 Trump became the only major party presidential candidate in the post-Watergate era never to release any of his tax returns, claiming multiple times that he was not able to as he was being audited. According to the IRS, every president and vice president is guaranteed an audit every year since the Watergate era.

Psaki appeared to give a veiled criticism of Biden's predecessor, telling reporters that the White House expects to "continue to release the President's tax returns as should be expected of all presidents."

Monday is the official deadline to file 2020 federal tax returns. While the original filing and payment due date was April 15, the IRS pushed the deadline to May 17 to give individual filers, tax preparers and the IRS itself more time to sort through the many changes affecting one's 2020 taxes from the latest Covid relief package.

Biden released his 2019 tax returns last September while running for president, which showed he and first lady Jill Biden paid nearly $300,000 in federal taxes in 2019 and had an adjusted gross income of about $985,000.