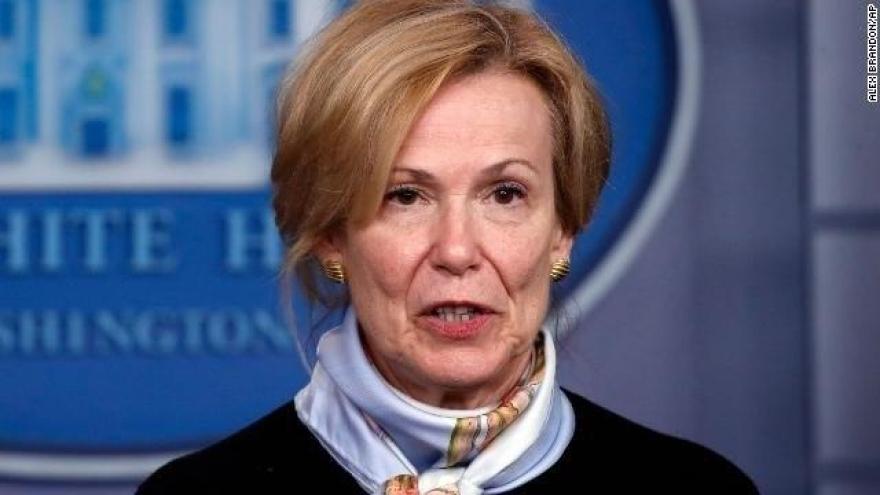 (CNN) -- The White House's coronavirus response coordinator said Tuesday that anyone who has recently left New York should self-quarantine for 14 days in an effort to slow the spread of the virus in the US.

"To everyone who has left New York over the last few days, because of the rate of the number of cases, you may have been exposed before you left New York," Dr. Deborah Birx said at a White House press briefing, adding that "everybody who was in New York should be self-quarantining for the next 14 days to ensure that the virus doesn't spread to others."

"No matter where they have gone, whether it's Florida or North Carolina or out to the far reaches of Long Island," Birx said.

With surging positive tests, New York has become the epicenter of coronavirus cases in the US. Birx's guidance comes as more than 51,000 cases were reported nationwide by Tuesday afternoon -- more than half of them in New York.

Mayor Bill de Blasio told CNN on Monday that, as a result, New York City hospitals will make it only through the week before they start reaching "a point where people can't be saved" because of equipment shortages.

"It's shocking to have to say this. Even just a few days ago, I thought we could get safely into April. It's moving so fast right now, that I can't even say that anymore," de Blasio said.

"It means, because they are still at the 31% mortality compared to the other regions of the country, that we can have a huge impact if we unite together. This means that, as in all places, they have to be following the presidential guidelines ... and this will be critical," she said.

Those guidelines issued by the White House last week advised all Americans to avoid groups of more than 10 and urged older people to stay at home to help fight the spread of the outbreak. Officials said the recommendations would remain in place for 15 days.

President Donald Trump wouldn't say at Tuesday's briefing whether he had given New York Democratic Gov. Andrew Cuomo a heads-up that guidance was coming Tuesday for New Yorkers to self-quarantine.

"We're talking to them about it," he said as he left the briefing room.