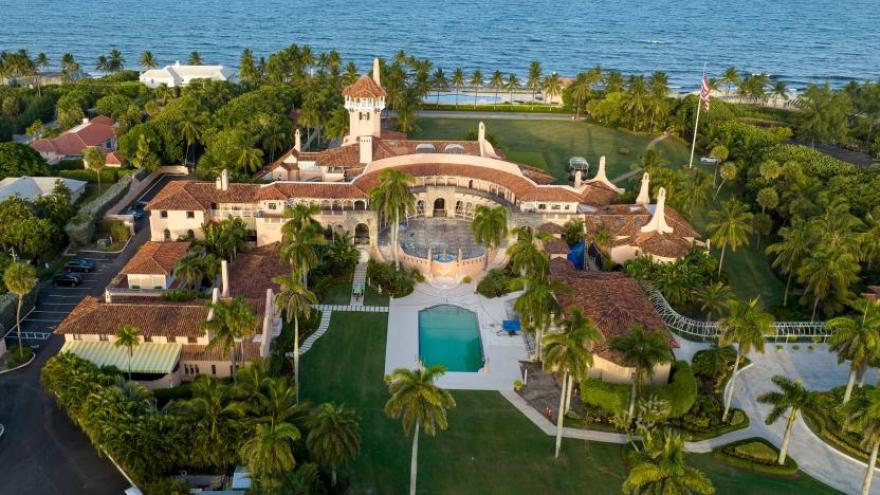 (CNN) -- White House officials have privately expressed deep concern over the tranche of classified material taken to former President Donald Trump's home in Florida, including some documents that are only meant to be viewed only in secure government facilities, CNN has learned.

As more information has emerged in the days since FBI agents combed the former President's private residence, current administration officials have become increasingly concerned about what Trump took and whether that information -- some located in a basement-level storage facility at Mar-a-Lago -- could potentially put the sources and methods of the US intelligence community at risk.

"There is a deep concern," one senior administration official told CNN.

Intelligence officials have also expressed concern about what Trump might have taken, according to a source with direct knowledge of the matter. Intelligence community representatives have had discussions with the Justice Department, congressional intelligence committees, and the National Archives in recent months about potentially missing sensitive documents, the source said.

White House officials have steadfastly maintained near-silence on the matter, insisting it is for the Justice Department to comment on the ongoing investigation. President Joe Biden hasn't been briefed on the criminal probe, officials say, and information about it has arrived at the West Wing via media reports.

Asked Wednesday whether Biden needs to be briefed on the national security implications, White House chief of staff Ron Klain insisted the President would maintain his distance.

Without knowing precisely what is in the material taken from Mar-a-Lago, officials have raised concerns internally about whether it could hamper the nation's spy agencies by putting at risk the ways officials gather intelligence. There have also been discussions about the potential diplomatic fallout, including whether the information found at Mar-a-Lago may cause tensions with allies.

The Justice Department removed 11 sets of classified documents from Trump's home, according to documents unsealed by a judge last week. The inventory shows that some of the materials recovered were marked as "top secret/SCI," which is one of the highest levels of classification. The matter that was retrieved by the FBI included material about French President Emmanuel Macron, which has also raised concerns inside the White House.

Biden as president has previously raised concern about Trump's handling of sensitive information. He took the unprecedented step early in his term of cutting off Trump's access to intelligence briefings, a courtesy previously extended to all former presidents.

"What value is giving him an intelligence briefing?" Biden said in an interview with CBS News in February 2021. "What impact does he have at all, other than the fact he might slip and say something?"

Biden aides have previously questioned whether Trump could reveal classified or sensitive information he learned during his days as president in speeches or interviews, which are often delivered off-the-cuff.