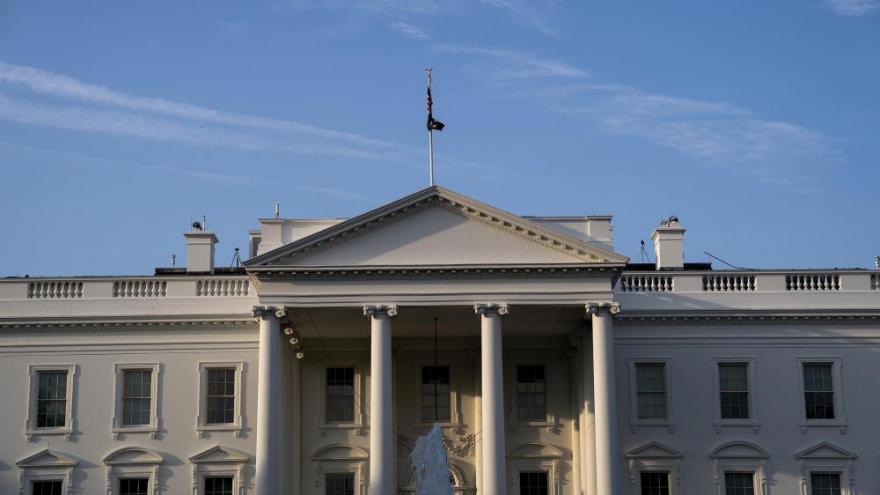 Varghese, an Obama administration alum, joined the Biden White House after leading the President's inauguration efforts and serving as a senior adviser and chief operating officer for Biden's 2020 presidential campaign.

"One thing I learned during two tours here is it's a demanding place to work and it's because the work is really important, and we throw all of ourselves into this," Varghese told CNN. "Right now, it's best for me and my family that I kind of just try to strike a little bit more of a balance."

Varghese, who previously held multiple posts in the Obama White House, including assistant to the president for management and administration, did not detail his next endeavors. The White House declined to say whether a replacement has been selected.

As head of the military office, Varghese coordinated with the military branches responsible for supporting presidential operations at the White House and on the road domestically and abroad, including Air Force One missions, secure communications via the White House Communications Agency, food services, the medical unit and Camp David, the presidential retreat frequented often by the Biden family.

Among the chief challenges confronting Varghese over the past two years was crafting strategies for operating a campaign, inauguration and White House military support in the midst of the Covid-19 pandemic.

"These are complex movements, helicopters and planes and ground transportation and communications and supporting large events and global travel in and of itself is hard," said Varghese. "Now you throw Covid in, you've got to think about all that comes with health and safety."

"The military members also have families at home and kids in school and childcare strains and all those other things just like we all face, and they're doing this work and they're serving their country while also dealing with the same things we're all dealing with because of Covid," he added.

As Covid-19 took hold in the US in the middle of the 2020 Democratic primary, Varghese worked closely with a team of health advisers, including the current US Surgeon General Dr. Vivek Murthy, to develop safety protocols for campaigning and working amid a pandemic, shifting staffers from the field and campaign headquarters in Philadelphia to work-from-home set-ups and transitioning Biden from in-person events to virtual formats.

"It was a stressful period where people were worried and staff members were concerned about this pandemic that was descending on our country," Murthy said. "The way he would run meetings and to both chart out a path forward, reassure people, his calmness in the face of serious adversity and uncertainty -- those are invaluable qualities that he brought to the operation."

As executive director of the presidential inaugural committee, Varghese was also tasked with planning a scaled-back inauguration under unprecedented circumstances due to the pandemic and heightened security following the violent insurrection at the US Capitol on January 6, 2021.

Biden scrapped plans to travel by train from Wilmington, Delaware to Washington, D.C. ahead of the Inauguration due to security concerns, but the inaugural committee ensured the President was able to take the oath of office on the West Front of the Capitol, the very area swarmed by rioters just two weeks prior.

The crowds on the National Mall were replaced by a colorful field of flags representing the Americans who could not attend the ceremony. Parade participants performed virtually while Biden walked the stretch of Pennsylvania Avenue in front of the White House, and inaugural balls gave way to a celebrity-filled prime-time TV event capped off with fireworks and a performance by musical artist Katy Perry.

"We relied on that creativity and ingenuity to figure out how to reinvent and recreate some of those inaugural experiences," Varghese said. "We weren't able to do the things we would have loved to have done which is celebrate together, but we did give the country something."

Deputy White House chief of staff Jen O'Malley Dillon called Varghese "one of the most tested, trusted and talented leaders on Team Biden."

"As the country faced confounding crises one year ago, he led the team that orchestrated a historic, unforgettable inauguration that defined the tone of our first year in office," O'Malley Dillon said. "Maju not only embodies the President's core values, but instills them in all of us through his service, optimism, and heart."