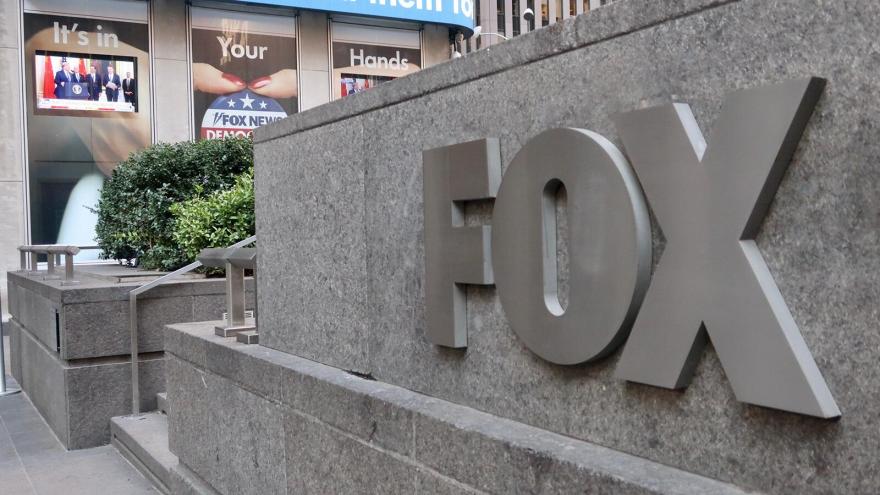 There have been regular, high-level conversations between the White House and Fox News regarding their coverage of the pandemic and vaccines, a source familiar with the talks tells CNN.

(CNN) -- The White House is trying to fix the problem of slowing Covid-19 vaccinations by engaging with an unlikely source: Fox News.

The network, which Fox Corp. CEO Lachlan Murdoch has called the "loyal opposition" to President Joe Biden's White House, has been a hub for vaccine hesitancy and outright hostility. As the pandemic has gone on, and Covid-19 vaccinations have slowed, vaccine resistance among Republicans -- the Fox News audience base -- has been a recurring theme, leading many observers to scrutinize Fox's coverage.

Because of its popularity among Republicans, the White House has attempted some outreach to Fox News over the last several months, though it's unclear how successful the administration has been. A source familiar with the talks told CNN that there have been regular conversations between the White House and Fox News regarding the network's coverage of the pandemic and the vaccines.

The person who confirmed the conversations cautioned there has been no single conversation that has played a role in Fox's coverage of Covid-19.

"We've been in touch with every network and many, many media outlets about coverage of Covid-19 to make sure people have accurate information, to voice concerns when we have them," Psaki said.

Specifically regarding Murdoch's highly rated network, Psaki said the White House understands "the importance of reaching Fox News' audience about the Covid-19 vaccines and their benefits, and like we are with all of you here today we, of course, are in regular contact."

The "regular contact" is notable when it involves Fox News, given the network's oppositional stance and its history of commentary about the pandemic.

A White House official initially confirmed CNN's report on Tuesday morning that contact between the network and the White House took place at a "high level," but both the White House and Fox News subsequently disputed the conversations were regularly at a high level.

Fox News said in a statement that the network had a briefing with the White House in May on vaccination rates and "our DC bureau personnel are regularly in touch ... on a variety of issues."

While some hosts have talked up the positives of the vaccines and shared their own vaccination experiences, numerous others have trafficked in anti-vaccination rhetoric and encouraged guests to do the same.

Tucker Carlson, the network's most popular personality, has aired dozens of segments casting doubt on the government's vaccination effort. Some of his monologues have specifically questioned the safety and efficacy of the vaccines. Other right-wing networks and websites have done the same, but Fox has the biggest audience of Republican voters.

Fox's coverage has come under intensifying scrutiny in recent weeks. On Monday, media critics noticed that multiple segments on Fox pointed viewers to the government's website, Vaccines.gov, with an on-screen banner, something that it hasn't done in weeks.

And Sean Hannity, who has previously downplayed the pandemic but has regularly been in favor of vaccines, said Monday night, "I can't say it enough. Enough people have died. We don't need any more death. Research like crazy. Talk to your doctor, your doctors, medical professionals you trust based on your unique medical history. ...Take it seriously."

As vaccinations have dropped in recent months, the White House has repeatedly tried to reach those who have yet to be vaccinated as mild breakthrough cases become more frequent. An average of 282,070 people are becoming fully vaccinated each day, according to the US Centers for Disease Control and Prevention. That's about the same as last week, but it's about a third of the pace from a month ago, when more than 858,000 people were becoming fully vaccinated each day.

US Surgeon General Dr. Vivek Murthy warned Thursday health misinformation is "a serious threat to public health," and the administration directly called out social media giant Facebook for not doing enough to stop the spread of false information on its platform.

This story has been updated with additional comment from the White House.