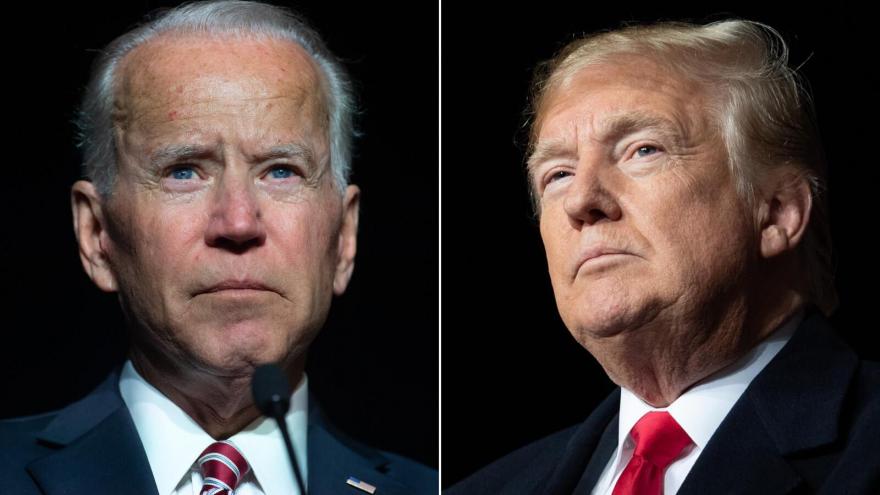 (CNN) -- The White House formally rejected the request by former President Donald Trump to assert executive privilege to shield from lawmakers a subset of documents that has been requested by the House committee investigating January 6, and set an aggressive timeline for their release.

The latest letter came after the Biden administration informed the National Archives on Friday that it would not assert executive privilege over a tranche of documents related to January 6 from the Trump White House. When the White House sent its first letter last week, the former President had not formally submitted his objections yet. The latest response from the White House counsel is more of a technicality in response to the request from Trump regarding the subset of documents, according to a person familiar, reaffirming the decision already made by President Joe Biden not to assert executive privilege.

The letter sent Friday, and released on Wednesday, from White House counsel Dana Remus to Archivist of the United States David Ferriero requests that the documents be released "30 days after your notification to the former President, absent any intervening court order."

After that decision was reported, Trump wrote to the National Archives, objecting to the release of certain documents to the committee on the grounds of executive privilege.

In the letter released Wednesday, Remus wrote: "President Biden has considered the former President's assertion, and I have engaged in additional consultations with the Office of Legal Counsel at the Department of Justice. For the same reasons described in [sic] earlier letter, the President maintains his conclusion that an assertion of executive privilege is not in the best interests of the United States, and therefore is not justified as to any of the documents provided to the White House on September 8, 2021."

"Accordingly, President Biden does not uphold the former President's assertion of privilege."

Legal experts say Biden has the ultimate say over whether these documents are covered by executive privilege, and considering that the committee is led by members of Biden's party, Trump's power to sway the outcome is an open question.

The House select committee has launched a sweeping investigation into January 6. As part of that, the panel has sent requests for information to a number of federal agencies, including the National Archives, the custodian of the Trump administration White House records.

The committee asked for "all documents and communications within the White House" on that day, including call logs, schedules and meetings with top officials and outside advisers, including Rudy Giuliani.

To date, the former President has not been as aggressive legally in trying to assert that executive privilege as his public statements might suggest and the White House's announcement indicates he will likely have trouble preventing the initial batch of documents from being released to the committee.

That said, Trump can still attempt to protect his records by suing relevant agencies -- assuming he can pull together enough legal firepower for a pricey and complex court battle.

If Trump files a lawsuit, that could, at very least, slow down the process of handing over the documents, but the former President has only a limited amount of time to take that step, according to Deborah Pearlstein, a constitutional law professor at Cardozo Law School who's an expert on presidential powers.

"If the sitting President has said he's not going to assert privilege, then there's a certain amount of time (before) the documents then have to be released unless the former President succeeds in getting a court order, an injunction, for example, prohibiting their release," she told CNN last week. "That would require a pretty significant ruling by a federal court."

"It's not impossible but all of this is now under a ticking clock," she added, noting we could see activity "if the former President and his team are aggressive legally, sooner rather than later."