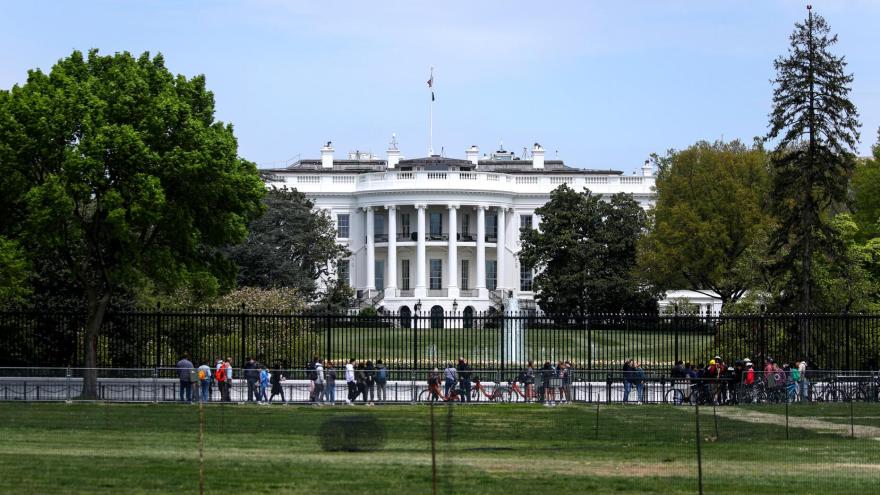 The White House is working on naming a monkeypox coordinator, two sources familiar with the internal discussions say, but has not yet settled on an individual to help coordinate the federal government's response to the outbreak.

(CNN) -- The White House is working on naming a monkeypox coordinator as they prepare for the possibility of more cases emerging within the United States.

Two sources familiar with the internal discussions told CNN that Biden officials are working on naming a coordinator, but they have not yet settled on an individual to help coordinate the federal government's response to the outbreak.

The Washington Post first reported the internal discussions about a coordinator.

Efforts to name a coordinator comes two months after the US' first monkeypox case was confirmed. Now, the total number of cases in the US has risen to about 2,900.

Jha said the US has ramped up testing access since early cases of monkeypox emerged -- going from capacity for 6,000 tests per week to 80,000 tests per week. And he told CNN during the White House press briefing that he does not believe lower monkeypox testing capacity early on was a major limitation, but that one of the challenges was making it easier for providers to order a test.

But he also underscored that as more testing options come online, he "would not be surprised if we see an increase in cases as testing becomes more robust."

"That's a very normal part of any outbreak response ... that as testing ramps up, you tend to see an increase in cases because people can identify it," he continued.

Over the weekend, the World Health Organization declared monkeypox a public health emergency of international concern.

Jha said the WHO's declaration "will allow the United States and other partners to better collaborate, to share data and to get critical information out to high-risk communities."

So far, monkeypox has not been declared a public health emergency in the US. US health officials said over the weekend that the US is still assessing the situation. US Health and Human Services Secretary Xavier Becerra said in a statement Saturday the US is "determined to accelerate our response in the days ahead."

The US government has shipped 300,000 monkeypox vaccines to US states and territories as of last Friday afternoon. Jha said on Monday that the US Food and Drug Administration is working to finalize approval for some 800,000 additional doses.

Jha suggested use of the Defense Production Act remains on the table for consideration when it comes to producing the monkeypox vaccine.

Jha said the administration is working to make it easier for medical providers to access doses of the antiviral medication, TPOXX, that are currently in the national stockpile.

"We have 1.3 million doses of TPOXX -- the treatment for smallpox, it can also be used for monkeypox -- in our stockpile. And we are working day and night to make access to that treatment easier for providers around the country," Jha said.