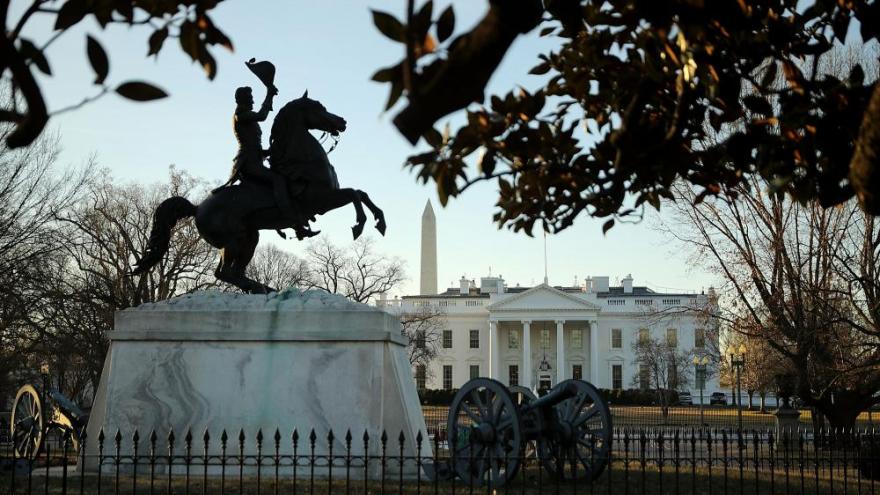 Among Wednesday's actions are new restrictions extending export control policies to Belarus and preventing diversion of tech and software to Russia through the country, which the administration said "will severely limit the ability of Russia and Belarus to obtain the materials they need to support their military aggression against Ukraine, project power in ways that threaten regional stability and undermine global peace and security."

In addition, the US and allies are identifying 22 Russian "defense-related entities," including firms that provide technological and material support for Russia's military.

The new measures announced Wednesday are the latest round of sanctions against Moscow that the US and its allies have introduced in an attempt to cripple Russia's economy in response to its invasion of Ukraine. Previous rounds have included sanctions related to the Nord Stream 2 gas pipeline from Russia to Germany, sanctions against Russia's largest banks and Russia's removal from SWIFT, the high-security network that connects thousands of financial institutions around the world.

On Tuesday, US President Joe Biden announced during the State of the Union address that the US would join other countries in banning Russia's aircraft from US airspace.

In the sanctions announced Wednesday, the US and its allies are also targeting "technology exports" in the oil refining sector, which they say could help the US move toward its goal of "degrading Russia's status as a leading energy supplier over time."

But the White House on Wednesday said it was not yet ready to take a more sweeping measure sanctioning Russian oil, a step that some have called for to inflict maximum punishment on Russia. The White House noted that energy payments have been carved out of financial sanctions, and that sanctions targeting the oil refining industry would harm Russia's economy but protect American consumers.

"We don't have a strategic interest in reducing the global supply of energy," principal deputy press secretary Karine Jean-Pierre told reporters aboard Air Force One. Jean-Pierre said sanctioning Russian oil "would raise prices at the gas pump for Americans," something that the White House is "very aware of."

Those comments followed Biden's statement earlier Wednesday when he suggested sanctioning Russian oil remained a possibility. "Nothing is off the table," Biden said.

"It's something we're definitely looking at. It is not something we're prepared to do right now," Cedric Richmond, a senior adviser to Biden, said in an interview with CNN's Ana Cabrera on Wednesday. "But I think the President was very clear when he said everything is on the table and he's not prepared to take anything off the table."

Still, the sanctions that have been rolled out over the past week since Russia's invasion began have underscored the united front between the US and its European allies in an effort to stand up to Moscow's aggression. Even countries like Switzerland, which has famously remained neutral amid conflicts, announced this week it would impose sanctions on Russia.

In a statement announcing Wednesday's additional sanctions, Commerce Secretary Gina Raimondo called accounts coming out of Ukraine "heart wrenching -- both due to the brutality of the Russian assault, and for the amazing resolve of the Ukrainian people."

The new round of White House sanctions target Belarus, too, the country north of Ukraine that has played a key role aiding Russia's attack. Russian troops were stationed in Belarus prior to the attack on Ukraine, which the two countries had claimed were for exercises. Using Belarus' border has been strategically advantageous to Russia because its border with Ukraine is much closer to Kyiv than Russia's border, providing a shorter pathway for Russian troops to reach the Ukrainian capital.

"We will choke off Belarus's ability to import key technologies," Secretary of State Antony Blinken told reporters Wednesday. "And if (President Alexander) Lukashenko's support for the war continues, the consequences for his regime will escalate."