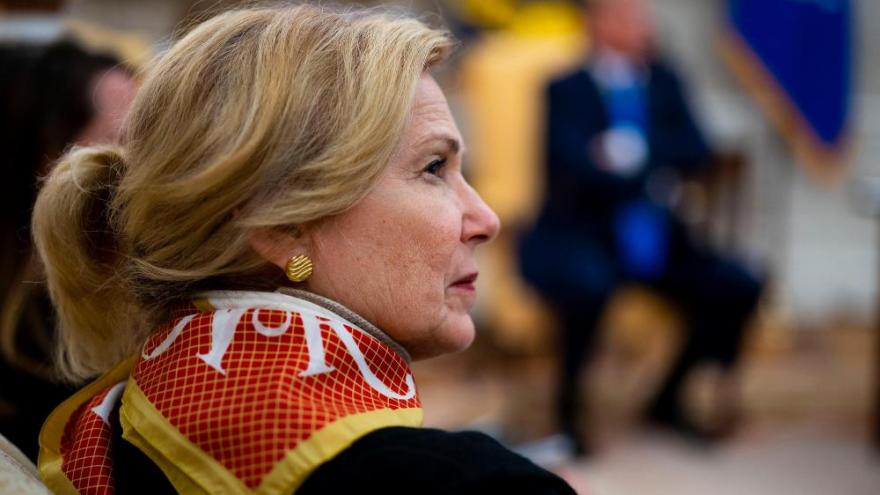 The White House coronavirus task force is again alerting states of "accelerating" coronavirus spread as cases and hospitalizations rapidly rise across the country with few signs of stabilizing. It strongly recommends increased testing in its weekly reports to states.

(CNN) -- The White House coronavirus task force is again alerting states of "accelerating" coronavirus spread as cases and hospitalizations rapidly rise across the country with few signs of stabilizing. It strongly recommends increased testing in its weekly reports to states.

"There is continued, accelerating community spread across the top half of the country, where temperatures have cooled and Americans have moved indoors," reports dated November 8 and distributed to states Tuesday evening said.

The task force, which warned of "significant deterioration in the Sunbelt" in last week's set of reports, said that that deterioration has only continued in the past week, "leading to the most diffuse spread experienced to date."

The weekly task force reports continue to provide an unvarnished, unfiltered look at the reality of each state's current situation, which comes as President Donald Trump and task force leader Vice President Mike Pence have declined to address the worsening pandemic publicly in weeks. The White House has repeatedly declined to make all of the reports publicly accessible.

In recommendations to several states, the task force called for an expansion of testing, particularly to target asymptomatic cases.

"The silent community spread that precedes and continues throughout surges can only be identified and interrupted through proactive and increased testing and surveillance," reports for multiple states said, suggesting expanding point-of-care antigen tests.

A report for New Mexico, where the task force said there is "full and unrelenting community spread," noted that requiring testing only for individuals experiencing Covid-19 symptoms "is preventing adequate testing and control of the pandemic."

North Dakota remains the state with the highest number of new cases per 100,000 population, followed by South Dakota, Wisconsin, Iowa, Wyoming, Nebraska, Montana, Illinois, Utah and Minnesota in the top 10.

Vermont remains the state with the lowest number of cases and is one of only two states, including Hawaii, in the task force-defined "yellow zone" for new cases, meaning between 10 and 50 new cases per 100,000 population. But Vermont was still warned in its report that there is "cause for concern given the continued uptick in the state" coinciding with colder weather.

Wisconsin, the White House task force said, is seeing a continued "unrelenting rise in cases and test positivity in an ongoing health emergency that is leading to increasing hospitalizations and deaths." The report called for "a more comprehensive mitigation strategy," including additional testing.

"The current situation is worsening dramatically," the Wisconsin report said, pressing the need for reinforced messaging around social gatherings and more asymptomatic surveillance.

In Iowa, the task force called the spread of coronavirus "unyielding ... with new hospital admissions, inpatients and patients in the ICU at record levels, indicating deeper spread across the state."

The task force called for "immediate action including mask requirements to decrease severity in morbidity and mortality among Iowans."

There is still not a statewide mask mandate in Iowa.

The report for Ohio described "vast and unmitigated community spread" with "no evidence of improvement."

In Delaware, where cases are disproportionately affecting young adults between 20 and 35 years of age, the task force said, "We share the assessment of Delaware leaders that the Covid epidemic is likely to worsen."

Some state reports reiterated the need for communication of "basic actions" residents should take.

"Do not gather without a mask with individuals living outside of your household," "Always wear a mask in public places," "Stop gatherings beyond immediate household until cases and test positivity are in the yellow zone" and "Get your flu shot," the reports warned.

And, as the Thanksgiving holiday approaches, one state's report stressed the need for indoor mask usage.

"We need to protect those we are thankful for in our families and communities. Ensure indoor masking around vulnerable family members during any gatherings due to the significant amount of virus circulating and the high rate of asymptomatic and undiagnosed infections among family and community members," the report said.