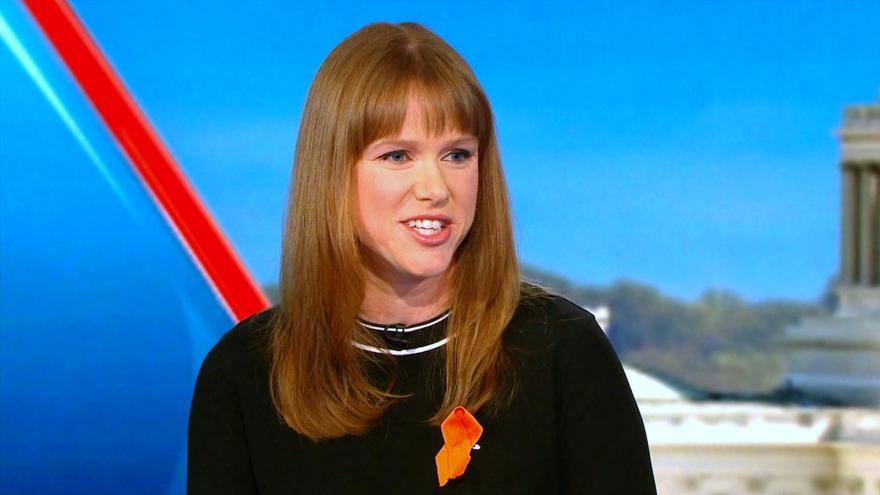 White House communications director Kate Bedingfield is staying on in her role, a surprise decision coming after the White House announced she would be leaving, multiple sources told CNN.

(CNN) -- White House communications director Kate Bedingfield is staying on in her role, a surprise decision coming after the White House announced she would be leaving, multiple sources told CNN.

Bedingfield shared her decision in an email sent to her colleagues Friday afternoon. Bedingfield wrote in the note, obtained by CNN, that Friday was supposed to be her last day at the White House, but that "after much thought, discussion and reflection, I've decided to stay."

"I'm not done here and there is so much more good work to do with all of you. I couldn't be happier and more excited about this awesome — if admittedly last-minute! — development," she wrote. "The work is too important and too energizing and I have a lot of gas left in the tank."

Bedingfield decided she would stay on board as communications director on Thursday, a source familiar told CNN, appearing to catch some of Bidenworld off-guard.

The announcement was so unexpected that people close to the White House expressed shock on Friday.

"It's wild," said one senior Democrat, who is closely in touch with the White House, adding that they simply didn't see the news coming.

According to a source familiar with the situation, Bedingfield was initially supposed to have her last day be last Friday. But that got extended by a week after President Joe Biden tested positive for Covid-19.

"A massive thank you to everyone (every. one.) who endured listening to me wax on about how I regretted my decision to leave. There's so much more to do and I'm so proud and grateful to be part of this team. Onward!," Bedingfield wrote on Twitter.

Bedingfield's decision to extend her time at the White House comes as the administration continues to contend with a number of policy challenges, including inflation, abortion rights and the ongoing war in Ukraine. And as the midterm elections near, the White House's messaging apparatus has at times struggled to break through.

Democratic elected officials and even some of Biden's own White House aides told CNN this month that they wish he was being more forceful in calling out Republicans.

And in the briefing room, White House press secretary Karine Jean-Pierre has spent the summer attempting to establish herself in a new role amid the turnover that's expected in a West Wing press shop more than a year into the President's term.

Bedingfield's planned departure was announced in early July, a decision she had been weighing for a number of weeks.

She's had a longstanding working relationship with the President and held several political roles, working in media roles within the Obama White House and later becoming a key figure in Biden's 2020 presidential campaign as a deputy campaign manager and communications director.