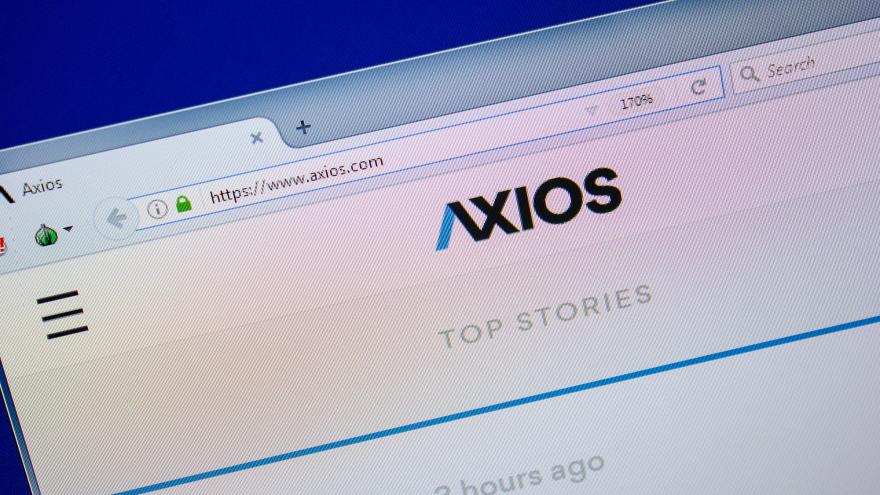 (CNN) -- The White House spent much of Friday frustrated by an Axios report that it believes was based on a fabricated letter purportedly written by Ukraine's top national security official.

The Axios story, written by reporter Zachary Basu, said that Oleksiy Danilov had asked the US earlier this month "to go beyond traditional military aid and provide the country with the funding, training and weaponry to support a long-term resistance movement." But Ukrainian Ambassador Oksana Markarova later told Axios that she believed the letter was "falsified." And officials at the National Security Council also told Axios they have no record of receiving such a letter from Danilov.

Here's what I have gathered after talking to a senior administration official familiar with the matter: White House and CIA officials told Axios off the record on Thursday that they had no record of receiving Danilov's supposed letter and that they could not confirm its authenticity. In other words, they tried to wave Basu away from it. When Basu published his report anyway, the White House connected the outlet with Markarova so that she could relay that she believed it to be inauthentic. Markarova did so on Friday. Meanwhile, the White House repeatedly asked Axios to retract its story — all to no avail.

"We were appalled that Axios apparently did not have time to verify with Ukrainian officials whether or not this letter was a fake, but made sure to reach out to a former Trump official with no knowledge of the situation for a 'gotcha' quote," the senior admin official told me. "And then we were even more appalled it stayed up all day despite our repeated asks to take the story down when became obvious the letter was a fake — which Axios should have dug up before publishing in the first place."

Shortly after I contacted Axios for comment Friday evening, the outlet updated its story. Axios changed the headline — which initially read "Scoop: Ukraine sought long-term resistance funding" — to "Ukraine's ambassador disputes letter asking U.S. for resistance support." The new story, which included Markarova saying the document appeared "falsified," cited a "former senior Ukrainian official close to Danilov" who told Axios "that they had received the letter from Danilov's office, and that it was also distributed to Ukrainian American groups and think tank experts in Washington." But crucially, the source also told Axios that he or she could not confirm the letter was officially transmitted to the US government — essentially the crux of the initial story.

Notably, at that point, the article didn't include a correction or retraction, despite it seemingly having no real legs to stand on. Later in the evening, a proper correction was ultimately appended to the top of the story. It read, in part, "This corrects an original version of this story that stated the Ukrainian government 'asked' for additional assistance from the U.S. government, when Axios was unable to confirm the letter was actually sent." Still, given that Axios is now conceding it was "unable to confirm" the main point of its initial story, it is surprising that a more forceful correction or full retraction wasn't issued.

NSC spokesperson Emily Horne went on the record about the whole episode. In a statement to me, she said, "We told Axios that we had not received this letter and were unable to verify its authenticity. There's a lot of disinformation and misinformation being pushed around about Ukraine right now. This is a moment where taking the extra time to verify reporting is even more essential than usual."