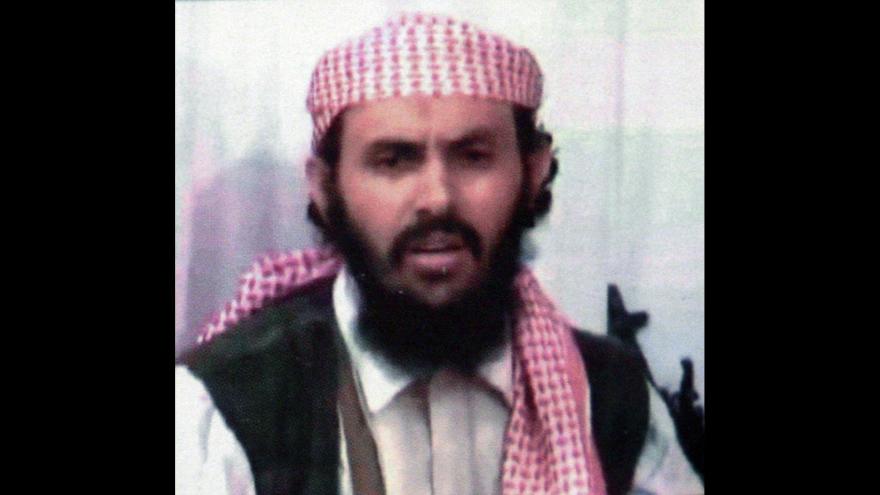 The White House announced Thursday evening that Qassim al-Rimi, the leader of terror group al Qaeda in the Arabian Peninsula, was killed in an airstrike in Yemen.

(CNN) -- The White House announced Thursday evening that Qassim al-Rimi, the leader of terror group al Qaeda in the Arabian Peninsula, was killed in an airstrike in Yemen.

CNN reported last week that the US conducted a strike targeting Rimi, who led the terror group's franchise based in Yemen that has repeatedly expressed interest in conducting attacks targeting the United States, a US official said. The Pentagon did not comment when asked at the time about the report.

The US government had offered a $10 million reward for information on Rimi.

The news comes following several other successful US military efforts to remove high profile Middle Eastern leaders. President Donald Trump ordered a US airstrike in January that killed top Iranian general Qasem Soleimani, and in October, ISIS leader Abu Bakr al-Baghdadi died in a nighttime raid conducted by US forces on his compound in northern Syria.

While not on the same level as Baghdadi and Soleimani, the death of the leader of AQAP is still a significant moment. Rimi had been a US target since early in Trump's tenure. Rimi was a target of a January 2017 raid on an al Qaeda compound in Yemen that led to the first US military combat death under the President, a senior US military official told CNN at the time.

Rimi taunted Trump and condemned the operation in an 11-minute recording days after the raid, saying that "the new fool of the White House received a painful slap across his face."

Rimi's "death further degrades AQAP and the global al-Qa'ida movement, and it brings us closer to eliminating the threats these groups pose to our national security," the White House said in a statement Thursday. "The United States, our interests, and our allies are safer as a result of his death. We will continue to protect the American people by tracking down and eliminating terrorists who seek to do us harm."

Rimi, formerly AQAP's military chief, reportedly became the group's leader following a 2015 drone strike that killed Nasir al-Wuhayshi. Rimi issued a video soon afterward calling supporters to attack the United States, urging that "all of you must direct and gather your arrows and swords against it."

Many observers have considered AQAP among the most dangerous, if not the most dangerous, branch of al Qaeda since its formation in 2009. The group claimed responsibility for the 2015 attack on the offices of French magazine Charlie Hebdo in Paris that killed 12 people, though experts could not confirm the group was behind the attack.

The US has sought to prevent al Qaeda from exploiting the chaos of Yemen's civil war to establish a haven, but the number of US military strikes has declined sharply over the last few years.

UPDATE: This story has been updated with additional information about Rimi.