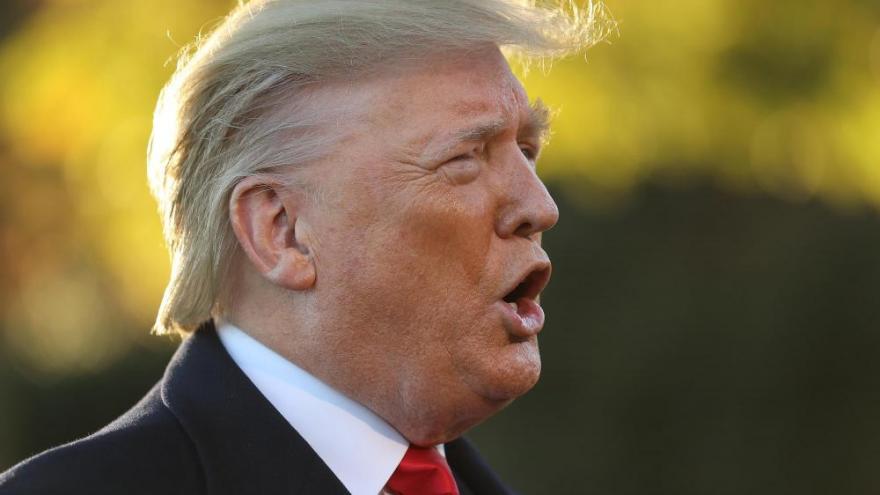 President Donald Trump will lay out his vision for health care in the coming two weeks, the White House claims, after blowing through a number of self-imposed deadlines to produce a long-promised plan to replace the Affordable Care Act.

(CNN) -- President Donald Trump will lay out his vision for health care in the coming two weeks, the White House claims, after blowing through a number of self-imposed deadlines to produce a long-promised plan to replace the Affordable Care Act.

Vice President Mike Pence told CBS News Tuesday that Trump's health care plan will include taking executive action to guarantee Americans with pre-existing conditions must be covered by health insurance -- even as his administration works to dismantle those same protections under the Affordable Care Act.

Trump is expected to deliver remarks on health care when he visits Charlotte, North Carolina, on Thursday.

The latest deadline set by the White House is less than two months before the 2020 election, but there is virtually no chance the legislation will be approved by Congress and ready for Trump to sign before November 3.

Trump's attempts to replace the Affordable Care Act while in office go back to 2017, when efforts to pass a Republican health care bill backed by the White House fell apart. GOP lawmakers have shied away from tackling the issue since then.

Still, the President has repeatedly promised to unveil a new health care bill.

And at an ABC town hall last week, Trump said that his health care plan is "all ready."

"We're going to be doing a health care plan very strongly and protect people with pre-existing conditions," he said.

White House chief of staff Mark Meadows told reporters last week that an Obamacare-alternative health care plan will be rolled out sometime "before the election."

The plan will be in the form of "an executive action with a legislative component that is more visionary," he said, adding that he is not optimistic that Congress could pass something, which he said was the reason for the significant delay.

Since the drive to repeal the Affordable Care Act in Congress ended, the President and his administration have put forth a series of smaller measures that officials and the campaign point to as his health care efforts, though many remain in the proposal stage. They seek to increase the transparency of hospital prices, combat opioid addiction, improve kidney health, expand alternatives to Obamacare and make Medicare Advantage plans more attractive, among others.

In recent weeks, he issued four executive orders that largely recycle previous proposals aimed at reducing drug costs, including allowing the importation of drugs from Canada and tying prices of certain Medicare drugs to their cost in other countries.

Should Trump win reelection, he may find that he has to come up with a plan to replace Obamacare in his second term. The Supreme Court will hear oral arguments on November 10 on a case that could overturn the landmark health reform law and its protections for those with pre-existing conditions.

The case stems from a lawsuit brought by a coalition of Republican state attorneys general who argue that when Congress cut the tax penalty on the uninsured to zero, it rendered that individual mandate unconstitutional. The group also contends that the entire law should fall because the mandate was intertwined with a number of other provisions.

The Justice Department has largely backed the Texas-led coalition, though it recently argued that the ruling should only apply to the 18 states that brought the challenge.