While Cruz was traveling from Cancun, O'Rourke and AOC helped Texans in crisis 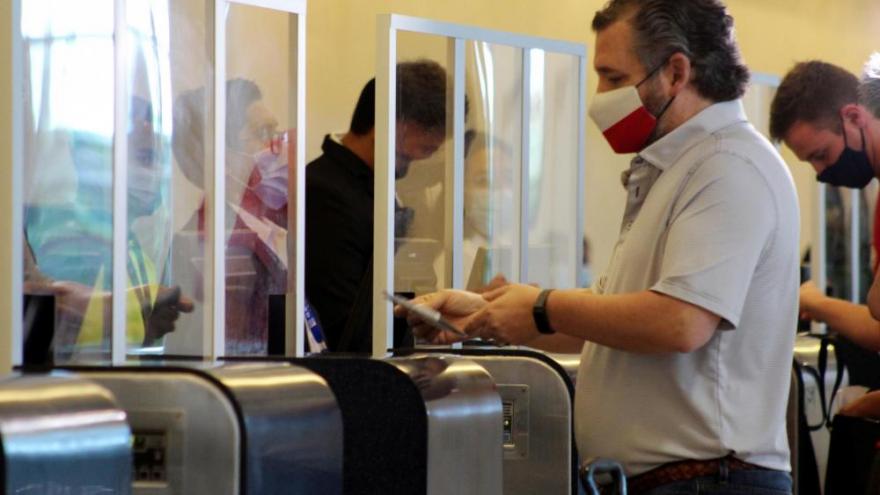 While Sen. Ted Cruz was dealing with the fallout from his trip to Cancun, two of his Democratic political nemeses -- Beto O'Rourke and Rep. Alexandria Ocasio-Cortez -- raised money and offered resources to Texans hit hard by this week's winter storm.

(CNN) -- While Sen. Ted Cruz was dealing with the fallout from his trip to Cancun, two of his Democratic political nemeses -- Beto O'Rourke and Rep. Alexandria Ocasio-Cortez -- raised money and offered resources to Texans hit hard by this week's winter storm.

Ocasio-Cortez, a Democratic congresswoman from New York who has frequently sparred with Cruz, launched a fundraiser on Twitter and raised $1 million by Thursday evening.

"Wow. We officially raised $1 million for Texas relief at 9:17pm.," she tweeted. "Thank you all so much. Folded hands I'm at a loss for words. Always in awe of movement work."

By Friday, she tweeted, that figure had risen to $2 million and she announced she was going to fly to Houston to join with Texas Rep. Sylvia Garcia to distribute supplies. Ocasio-Cortez is using Act Blue to fundraise, a Democratic fundraising tool that helps her build an email listserv as she receives donations.

Meanwhile, O'Rourke, who unsuccessfully challenged Cruz in the Texas 2018 Senate race, ran a virtual phone bank to contact senior citizens in Texas, to connect them with resources during the disaster.

"BIG THANKS to the volunteers who made over 784,000 phone calls to senior citizens in Texas today," he tweeted. "You helped to connect them with water, food, transportation, and shelter. And you made sure that they knew we were thinking about them and that they matter to us."

The efforts came after Cruz flew to Cancun as a winter disaster unfolded in his home state, leaving millions without power and water. While Cruz was facing criticism, his fellow Republican Sen. John Cornyn was tweeting and retweeting news and guidance for Texans to follow, including a message from the right-leaning R Street Institute, which at one point during the height of the scandal Thursday tweeted, "Meanwhile, @JohnCornyn's Twitter feed is full of helpful news and resources for Texas." Cornyn's office denied that it was trying to draw a contrast with Cruz's handling of the crisis.

After the publication of this story, Cruz's office insisted he worked to help the people of Texas ahead of the storm by communicating with local and state leaders before traveling to Cancun.

After returning to Houston on Thursday afternoon, Cruz told reporters outside his home it was "obviously a mistake" and that "in hindsight I wouldn't have done it."

With the sounds of nearby protesters audible, Cruz said he understands the anger many Texans feel toward his decision.

"Of course, I understand why people are upset. Listen, we're in a strange time where Twitter's been going crazy and the media is going crazy and there's a lot of venom and vitriol that I think is unfortunate frankly on both sides," Cruz said. "I think everyone ought to treat each other with respect and decency and try to understand each other more particularly at a time of crisis."

This story has been updated to include reaction from Cornyn and Cruz's offices.