Where abortion 'trigger laws' and other restrictions stand after the Supreme Court overturned Roe v. Wade 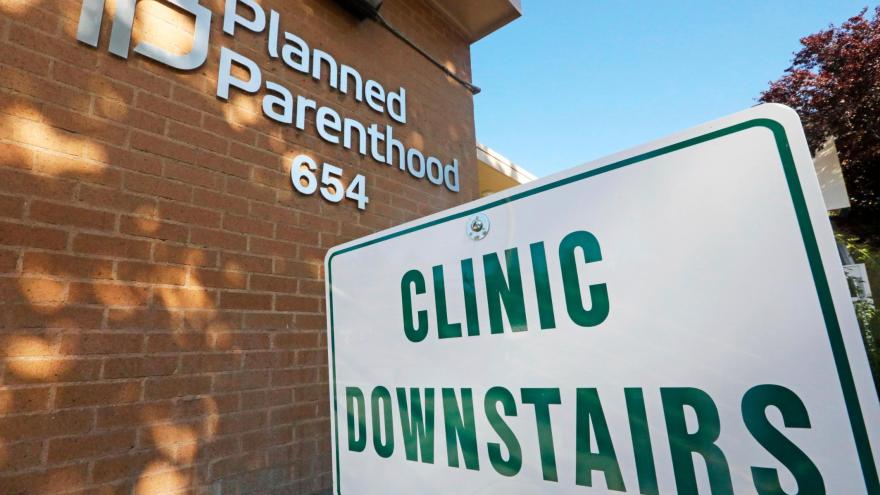 (CNN) -- The Supreme Court's majority decision overturning Roe v. Wade has allowed states to begin setting their own abortion policies. Just days after the ruling, it has already resulted in a patchwork system in which access to the procedure is, for many people, determined largely by whether a state is controlled by Republicans or Democrats.

So-called trigger laws -- bans designed to take effect with the overturning of Roe v. Wade -- are enforceable in some states following the US Supreme Court's ruling, while in others, the bans await official action.

Here's where abortion "trigger laws" and other restrictive laws stand in a number of states:

Gone into effect or will soon

Restrictive abortion laws are in effect in at least six states after the court handed down its ruling: Arkansas, Kentucky, Missouri, South Dakota and Wisconsin.

In Wisconsin, the Republican-controlled state legislature declined on June 22 to repeal an 1849 state law banning abortion during a special session called by Democratic Gov. Tony Evers -- allowing it to take effect again after the high court overturned Roe.

And in Mississippi, the trigger law was certified on Monday by Republican Attorney General Lynn Fitch, according to a statement from her office. Mississippi law states that within 10 days of the state attorney general confirming Roe has been overturned, abortions are prohibited in the state. Limited exceptions are provided in cases of rape or when the procedure would preserve the pregnant person's life. The state passed a separate 15-week abortion ban in 2018, which was the law at the center of the case the Supreme Court ruled on last week.

In North Dakota, a 2007 abortion ban takes effect 30 days after the law is certified by the state attorney general to the Legislative Council, a nonpartisan arm of the state's legislature.

Idaho, Tennessee and Texas have laws that take effect 30 days after the Supreme Court issues a judgment separate from the opinion issued last week. Attorneys general in Texas and Idaho say it could take an additional 30 days for the judgment to be issued and the laws to take effect.

Texas also has a separate abortion ban dating back to 1925, which the state's Republican attorney general has tried to enforce since last week's decision.

In more than a dozen states, legal fights are underway over abortion bans and extreme limits on the procedure.

Oklahoma is one of the latest states to face new legal action challenging its abortion bans, with provider groups asking the state Supreme Court on Friday to block a criminal abortion law enacted this year, as well as a pre-Roe abortion ban that's more than a century old.

In Louisiana, a state district judge on Monday temporarily blocked the state from "enforcing or implementing" an abortion ban that had gone into effect immediately following the Supreme Court's ruling. The law was challenged by the Center for Reproductive Rights and Boies Schiller Flexner LLP on behalf of Hope Medical Group for Women and Medical Students for Choice, which argued that the ban is unconstitutionally vague.

In Utah, Third District Judge Andrew Stone granted a request by Planned Parenthood of Utah to issue a temporary restraining order blocking enforcement of the state's trigger law. This allows abortions to continue for 14 days.

In addition to the so-called trigger laws taking effect, a number of states have dissolved court orders blocking enforcement of restrictive abortion laws in the days since the high court's ruling.

But the Center for Reproductive Rights interpreted the stay to mean that the law cannot be enforced criminally. CNN reached out to Paxton to ask whether he agrees that criminal prosecutions remain stayed, but did not receive a response.

Earlier this week, a Texas state court issued a temporary restraining order against the pre-Roe law, which had allowed some Texas clinics to resume abortion procedures for up to around six weeks into pregnancy.

A federal judge in Alabama granted an emergency motion last Friday to end an injunction against Alabama's "Human Life Protection Act" after the Supreme Court issued its opinion. The motion was filed by Alabama Attorney General Steve Marshall, who argued that the injunction the court had entered against enforcement of the act because it "contravenes clear Supreme Court precedent" was no longer in effect with the high court overturning Roe.

Ohio Attorney General David Yost announced on June 24 that the injunction blocking his state's abortion ban was dissolved, saying in a tweet: "The Heartbeat Bill is now the law."

The Ohio Supreme Court on Friday denied an emergency request by abortion providers in the state that the court put on hold the state's prohibition on abortions after fetal cardiac activity is detected, typically around six weeks into the pregnancy.

The providers argued that the law -- which was passed in 2019 but only allowed to take effect last week, after the US Supreme Court ended federal protections for abortion rights -- violates the Ohio Constitution. The denial means the state's six-week abortion ban can continue to be enforced while the case plays out.

A federal judge in South Carolina on Monday lifted a hold the court had placed on the state's ban on abortions after about six weeks, allowing South Carolina to enforce its so-called heartbeat law. Attorney General Alan Wilson announced shortly afterward that the law was now in effect.