When will you see money and benefits from the stimulus bill? 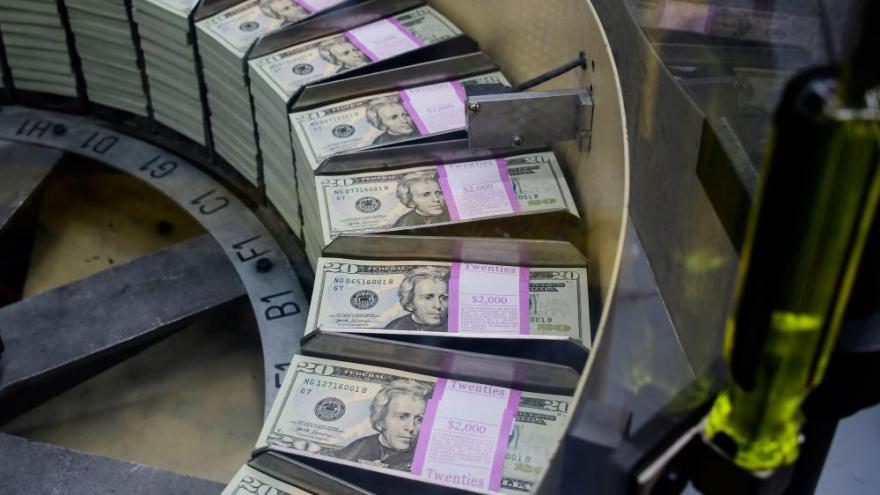 The House is set to vote Friday, and President Donald Trump is expected to swiftly sign, a $2 trillion stimulus bill to address the dramatic economic crisis caused by the coronavirus pandemic.

Included are direct payments to many Americans, an unprecedented expansion in unemployment benefits and $350 billion in small business loans.

But while people need help immediately, it will still take time to get everything moving.

How much do I get?

The income thresholds would be doubled for couples.

Income would generally be based on one's 2019 or 2018 tax returns. Those who made too much to qualify in those years, but see their income fall in 2020 would receive a tax credit when they file their return next year, according to the Senate Finance Committee.

And those who make more this year than last would not have to pay back any stimulus money they receive if they end up exceeding the thresholds. The payments would not be subject to tax, and those who owe back taxes would still get a check.

When do I receive the money?

We don't know how long it would take the IRS to send out all the money, but it would likely take weeks before the first payments start going out.

Treasury Secretary Steven Mnuchin said on Wednesday that the IRS would begin issuing payments within three weeks of the legislation being signed into law. The bill simply calls for payments to be made "as rapidly as possible."

But experts say it could take longer. In 2001, it took six weeks for the IRS to start sending out rebate checks under a new tax cut, and in 2008, it took three months after a stimulus package was signed into law.

How do I get my money?

The money would likely be deposited directly into individuals' bank accounts -- as long as they've already authorized the IRS to send their tax refund that way over the past two years.

If not, the IRS would send out checks in the mail.

For those that haven't filed a 2019 or 2018 tax return, the IRS would rely on information on file at the Social Security Administration, which keeps records on all Americans who have paid payroll taxes.

It's still possible that some people may fall through the cracks. On its website, the IRS says no sign-up would be needed to receive the money, but it's possible the agency ends up offering further guidance.

How much do I get?

Jobless workers are poised to get an extra $600 a week on top of their state benefits for up to four months. It would significantly boost everyone's regular state benefits, which range from about $200 to $550 a week, on average, depending on where you live.

Lawmakers also want to add up to 13 weeks of extended benefits, on top of state programs, which vary between up to 12 and 28 weeks.

Plus, more newly jobless Americans would receive checks. A new pandemic unemployment assistance program would expand eligibility to those who are unemployed, partially unemployed or unable to work because of the virus and don't qualify for traditional benefits. This would include independent contractors, the self-employed and gig economy workers. The pandemic program benefits would mirror what's available in one's state.

When do I receive the money?

The timing would vary based on where you live, but likely several weeks at least.

Unemployment benefits are administered by states. They would have to reprogram their systems to account for Congress' measures -- of which there are a few, some more complicated to enact than others. Not helping matters is that many state unemployment agencies use antiquated technology.

Adding a $600 boost to everyone's weekly check would be easier to accomplish, which is one reason why lawmakers designed the enhancement this way. During the Great Recession, the federal government temporarily increased benefits by $25 a week so this experience could help many states now, said Andrew Stettner, a senior fellow at The Century Foundation.

All states would have to set up the pandemic program. So it would likely take even longer for jobless Americans who fall into this category to start receiving benefits, particularly in states that haven't faced disasters recently.

All these federal changes come at a particularly tough time for states, which are being squeezed from both sides, said Rebecca Dixon, executive director of the National Employment Law Project. They are contending with a historic number of first-time filers, who are already overwhelming their online sites and call centers, forcing agencies to divert staff and boost technical capacity.

Plus, these agencies are operating at very low funding levels because of historically low unemployment rates.

How much is available?

The biggest provision for small business owners in the economic aid package is roughly $350 billion in new loans, at least a portion of which will be forgiven so long as the business continues to employ and pay its workers.

Business owners need to apply for the loans at a lender approved by the Small Business Administration. The forgiven amount would be equal to 8 weeks' worth of payroll obligations (e.g., wages and benefits), plus rent or mortgage bills and utilities. And the forgiven debt would not be treated as taxable income to the owner.

How long will it take?

Normally SBA loans can take months, which many small businesses facing a cash crunch don't have. To get the money out more quickly, the bill calls on Treasury and the Small Business Administration to expedite the loan process and approve more institutions to make the loans. It also loosens the rules normally governing SBA loans. For instance, borrowers do not need to issue a personal guarantee or provide collateral.

But SBA lenders themselves aren't clear yet just how fast they can process the new loans, even though Treasury Secretary Steven Mnuchin has suggested publicly this week they can do so very quickly.

A joint letter from several banking and credit union associations this week urged the SBA to provide them with "clear and consistent" guidelines ASAP.

One non-bank direct SBA lender, Fountainhead, has been working for the past two weeks to streamline its own processes so that it will be able to process an application and close the new SBA loan in a matter of days, CEO Chris Hurn said. But lenders still need to know what documents and other reporting measures the SBA will require. Currently, Hurn noted, they have to upload a number of files on a borrower onto the SBA's electronic system. With such an uptick in loans being issued, the chance for overload is real.

"There are some fundamental documents that I'm pretty sure the SBA is still going to want," Hurn said. "To me, that's going to be the bottleneck."