When the runway lights failed, Alaska residents used their car headlights to land a medevac plane 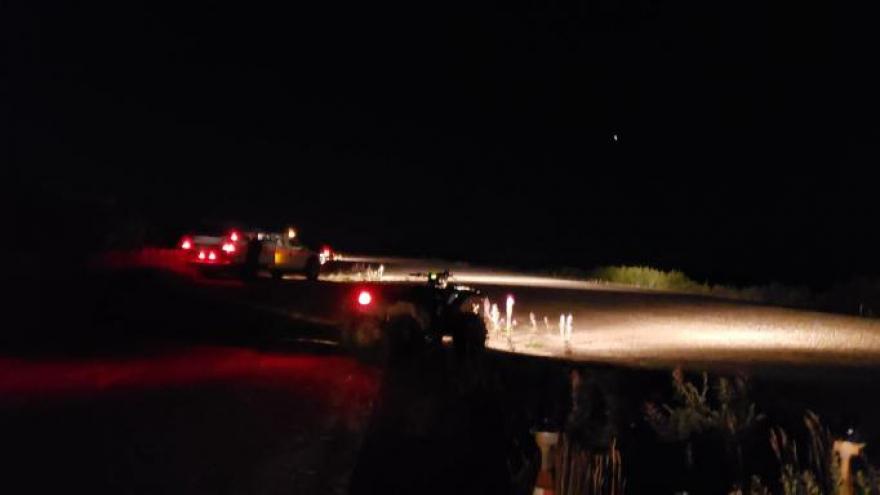 The village of Igiugig, Alaska, came together to light the runway for a medevac flight.

(CNN) -- In the remote community of Igiugig, Alaska, the expression "it takes a village" rang true last weekend as the community came together to save the life of a child.

A medical evacuation team descended into the darkness on Friday night only to find out there were no runway lights to guide the plane, head tribal clerk Ida Nelson told CNN. The village of 70 people is about 280 miles from the nearest hub city.

Residents and the LifeMed Alaska crew came up with a creative solution in a dangerous, tense situation that could have turned out very differently.

Dozens of residents assembled cars and 4-wheelers to light the runway so the plane could land and pick up a child who needed medical attention, Nelson said.

"I was feeling nervous, anxious because this is late at night and this is someone's child," Nelson said. "The only thing I could think of was how quickly I could get other people here to help because what if that was my baby's plane?"

About 20 vehicles came within 20 minutes, with the drivers ranging in age from 8 to about 70, she said. The plane was able to land, load the patient and take off while the community kept the lights on.

It was 11:30 p.m. when Nelson noticed something strange. She was taking what locals call a steam bath -- others call it a sauna -- when something loud went by. It sounded like a vehicle.

But when Nelson looked outside, she realized it was a LifeMed plane and it was flying really low.

"Normally planes don't fly around at 11:30 at night, so I instantly knew something was wrong," she said. "Once the plane flew over, I looked over toward the runway and the lights were not working."

Nelson hopped on her ATV and sped a few hundred yards to the airport. A local pilot was assessing the problem and he told her the runway lights weren't turning on.

Normally, a pilot can turn on the runway lights from the aircraft. That failed and so did turning on the lights manually from the ground.

Nelson offered to light up one end of the airport and that's when her neighbor called to find out if the plane was landing. They needed more vehicles to illuminate the runway, so Nelson's neighbor called for reinforcements.

Her neighbor told Nelson she made 32 calls to locals.

The pilot hopped into his own plane and started communicating with the LifeMed crew, Nelson said. Then the pilot relayed a plan to the neighbor who was rallying the residents.

Everyone needed to line up on one side of the runway, one vehicle at each light and some in between, she said.

"Runway conditions, icing and snow, have kept us from being able to land. I don't recall that runway lights not working has ever kept us from landing," he said.

Everything needed to line up right for the crew to consider landing, Edwards said. The plane made several low passes over the airfield to see if they could land in these tough conditions.

"Fortunately, the crew and the folks on ground were able to come up with a safe and creative solution to get on the ground," he said. "Without all that cooperation from everybody, it wouldn't have happened."

Once the plane landed, the residents were instructed not to move at all. The young patient was boarded onto the aircraft and the plane took off. The patient made it to an Anchorage hospital in stable condition, Edwards said.

The runway lights have been out since February, said Alaska Department of Transportation South Coast region spokesman Sam Dapcevich. The agency has been to the airport three times this year to work on the lighting.

"The lights were damaged over the winter by our snow removal equipment operated by a contractor in the community," Dapcevich said. "We went out there in early May and corrected the damage and the lights that have been knocked over."

Alaska DOT discovered a wiring problem then and had to wait until the ground thawed out. Last week, they returned to work on the wiring and saw that multiple lights had been run over, Dapcevich said.

Alaska DOT crews returned to Igiugig on Tuesday to repair the lights, which are now back in service, Dapcevich said.

Nelson, who is a mother to two girls and a foster son, is just glad that the child made it safely. All of that is thanks to the community coming together.

"It's an ordinary thing to happen here in such a small community," Nelson said. "And what I'm finding out is that it's extraordinary to other people -- it's kind of a normal deal."