When a woman lost her wallet in a store, a good Samaritan drove to her home to return it 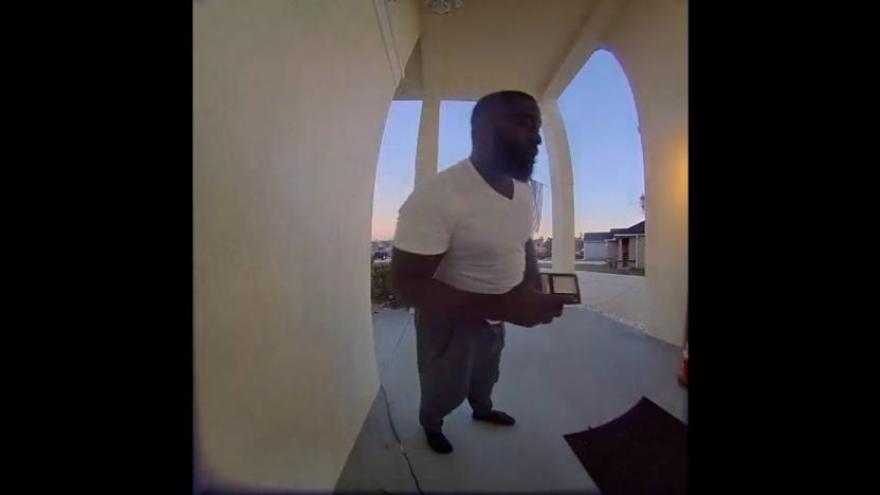 A good Samaritan returns Debra Crosby's wallet she had lost at a Walmart.

(CNN) -- Debra Crosby entered panic mode when she reached the cash register at Walmart and realized her wallet was missing.

The science teacher from Yulee, Florida, said she was shopping for Easter decorations last Saturday when she discovered her wallet was gone.

"It was a Saturday the lines were long and people were looking impatient," Crosby told CNN. "So, I'm like, what am I going to do?"

Fortunately, she had some petty cash in purse to complete her purchase. But her wallet contained other necessities such as her driver's license, military ID and bank cards.

While on her way home, Crosby was notified by her home security camera that there was someone at her front door. She said she called her stepson to look at the footage -- and to her surprise the visitor was a man who had stopped by to drop off her wallet.

"Hey Ms. Crosby, I found your wallet at Walmart," said the unidentified man in the security video. He is then seen leaving her wallet in a safe place outside her front door.

Crosby said she was amazed by the stranger's willingness to personally deliver her wallet to her house. The drive from Walmart to her home is about 20 minutes, she told CNN.

"I'm thinking wow this is super. He didn't leave his name. He didn't do it or the fame or fortune," she said. "He did it, I guess, for the right reason. It made me feel like what I've known all along that 99% of people are great, even though sometimes we focus on that 1% that do the wrong thing."

She shared the story to social media and a local news station hoping to find the man and thank him for helping her.

But, his identity remains unknown.

Even though she hasn't found him yet, Crosby said wants the man to know he's her "guardian angel" and his good deed did not go unnoticed. She plans to find a way to continue to pay it forward.