What's next for Twitter now that Elon Musk wants out? 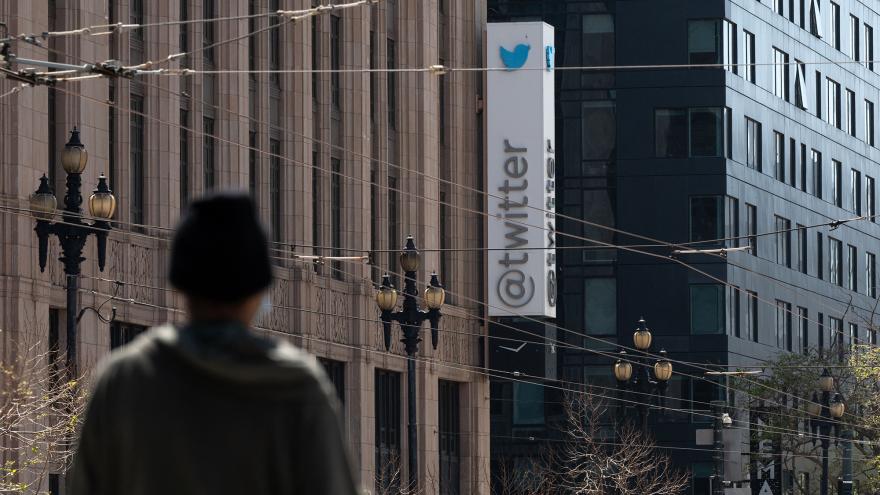 (CNN) -- After announcing he wants out of his deal to buy Twitter, Elon Musk spent the weekend in Idaho at the Sun Valley Conference.

He spoke on stage, essentially off the record, but a source in the room told CNN's chief media correspondent Brian Stelter that Musk tripled down on his decision to try to back out of the deal and claiming it's all about the bots.

"Musk originally said he was going to fix the bot problem," Stelter said on Reliable Sources on Sunday. "The same problem that he now says is stopping him from doing the deal."

New York Times reporter Lauren Hirsch said there has been an interesting confluence of events since news of Musk's offer first broke. The stock market "basically dropped off the cliff," including shares of Tesla, which Musk was presumably relying on to fund much of the deal.

That may be part of the reason Musk has seemingly been casting doubt that his purchase offer would come to fruition — almost from the moment he made it. "He would kind of throw daggers out there and then walk away and we never quite knew what his intention was," Hirsch said.

At least until Friday, when Musk's lawyer sent Twitter a letter saying he is pulling out of the deal because the social media platform is "in material breach of multiple provisions" of the original agreement.

Twitter is fighting back, pledging to take Musk to court.

And some have questioned if Musk's concerns about the bots are just an excuse to exit the deal.

Washington Post national correspondent Philip Bump said it's hard to say what his true motives are but did concede that Musk is an "eccentric character."

"I'm sort of fascinated by the repercussions of his announcement that it very quickly became entangled in American politics," Bump said.

Twitter was perceived by some as a "leftist elitist organization" that was now going to be taken over and reshaped by a libertarian conservative.

One potential beneficiary of a Musk Twitter takeover, former President Donald Trump, who was famously banned from the platform following the January 6 violence at the Capitol, recently went on stage at an Alaska political rally and labeled Musk a "bulls--t artist," calling his decision to withdraw from the Twitter deal "rotten."

One of the big questions now is what will happen to Twitter, from its employees to its advertising revenue to its share price.

The saga has been going on since April, and employees still don't know who their boss is going to be, Insider's chief media correspondent Claire Atkinson said.

"If you're considering advertising on the platform, you want to know 'Is this product suitable?'" Atkinson said. "And what are their rules?"

Stelter said that bots are no doubt a problem for Twitter, though it's still unclear just how prevalent they are. But Musk may be more affected by them than the average user.

"I suspect what's going on here is, Musk has a very different experience on Twitter than the average user," Stelter said. "He is overwhelmed by BS replies and spam."