What's next for the batsuit? 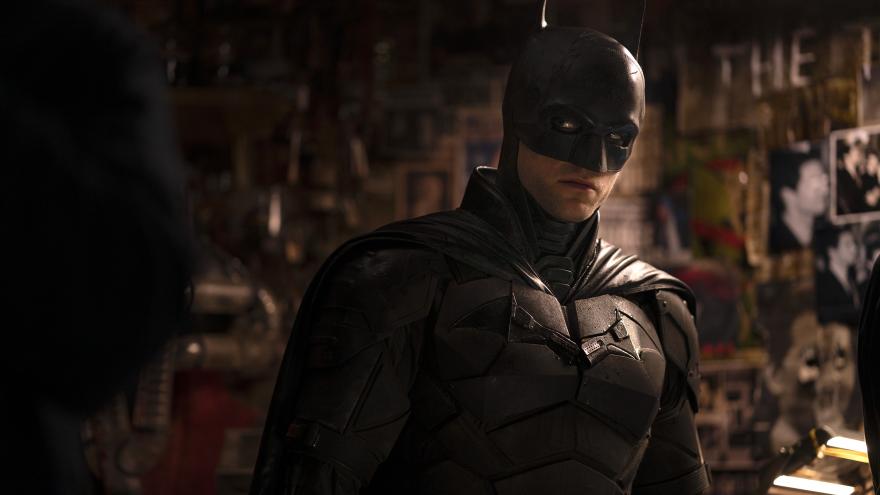 (CNN) -- When costume designer Glyn Dillon got a call asking if he'd be interested in working on Matt Reeves' newly-released movie "The Batman," the first thing he sketched was a pair of ears. "How big are the ears?" he remembered worrying about. "For some reason, it's a big deal with all the fans," he said over Zoom.

From Adam West and Michael Keaton to George Clooney and Christian Bale -- and now Robert Pattinson -- each version of the Caped Crusader becomes the measure for a new generation of viewers. But perhaps nothing cements the reputation of Batman more than his batsuit.

There was the now-infamous nipple-clad muscle number signed off by director Joel Schumacher for "Batman Forever" (1995) and "Batman & Robin" (1997), the misshapen mask and demonically out-turned ears in the 1943 television serial or the extra-bulky batsuit Ben Affleck wore in Zack Snyder's 2016 version. Yet despite every modification, failed and successful, the historic costume still holds an undeniable kind of power. "As soon as you put on the suit," Pattinson told GQ magazine in the run-up to the film's release, "it sort of does something to you. You start behaving in this quite particular way." 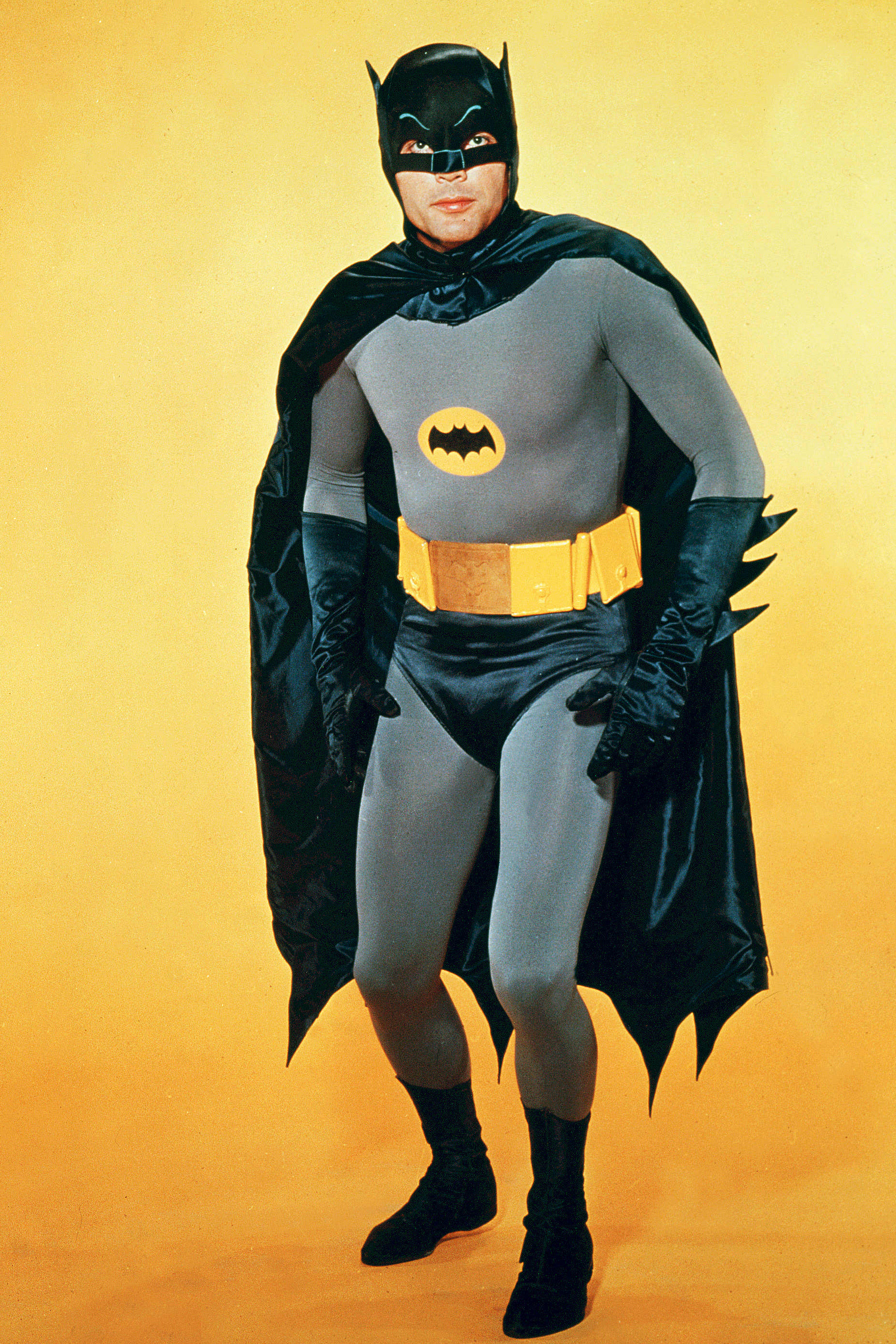 And the story of this batsuit already stands apart from the rest, due to an unwavering focus on realism. It's the handiwork of Glyn Dillon and Dave Crossman -- longtime colleagues that have worked together on Star Wars movies "Rogue One" (2016) and "Solo" (2018) -- as well as acclaimed costume designer Jacqueline Durran -- who won an Oscar for her work outfitting the cast of "Little Women" (2019).

"This is the most based-in-reality the Batsuit can be," said Crossman on the same call, "we removed a lot of the fantasy element."

Inspired by Martin Scorsese's "Taxi Driver" (1976), and borrowing heavily from the film noir genre, director Matt Reeves was keen to forge a more realistic version of damaged millionaire Bruce Wayne for his film. Still marred by the murder of both his parents, a young Wayne is grappling with his new life as a masked vigilante in Gotham City -- fighting organized crime and villain The Riddler.

His suit is built in tandem with this tale: An angry, inexperienced outsider trying to right the wrongs of the world himself. Homespun and amateurish, this Batsuit is covered in visible topstitching and exposed zippers. "We wanted it to feel real," said Dillon. "That was one of the things we were thinking about. Like, 'well if you really had (the batsuit) you would have a fly and you'd be able to put it on quite easily.'"

The ballistic-looking bodysuit is modeled after both the texture and movement of a bullet proof vest, along with a cop-inspired utility belt. "It definitely looks like he's nicked stuff from the police department," chuckled Dillon. In the true style of Travis Bickle, Scorsese's psychologically disturbed protagonist, Wayne even fashions a pair of quick-draw gun holsters to hide in his wrist.

Even the cowl, Batman's signature molded mask, imitates the appearance of leather panels hand-stitched together. "No one's ever done that kind of thing before," Dillon noted, of its DIY-feel. Its surface is flecked with bullet grazes and indents, telling a story of previous close calls, said Crossman.

The sculpted, furrowed brow typical of earlier masks has been replaced with a more neutral expression, too, helping Batman blend in better when moonlighting as a detective. It's cut sharply just under the cheekbones, Crossman points out, much like the original comic book depictions. "And we couldn't cover up his jaw," interjects Dillon. "(Pattinson's) got an amazing jaw."

As unique as this batsuit might be, no man is an island -- and no version of Batman is created in a vacuum. Operating within a franchise that has over 80 years worth of material to draw from was both a help and a hindrance, according to Dillon and Crossman. 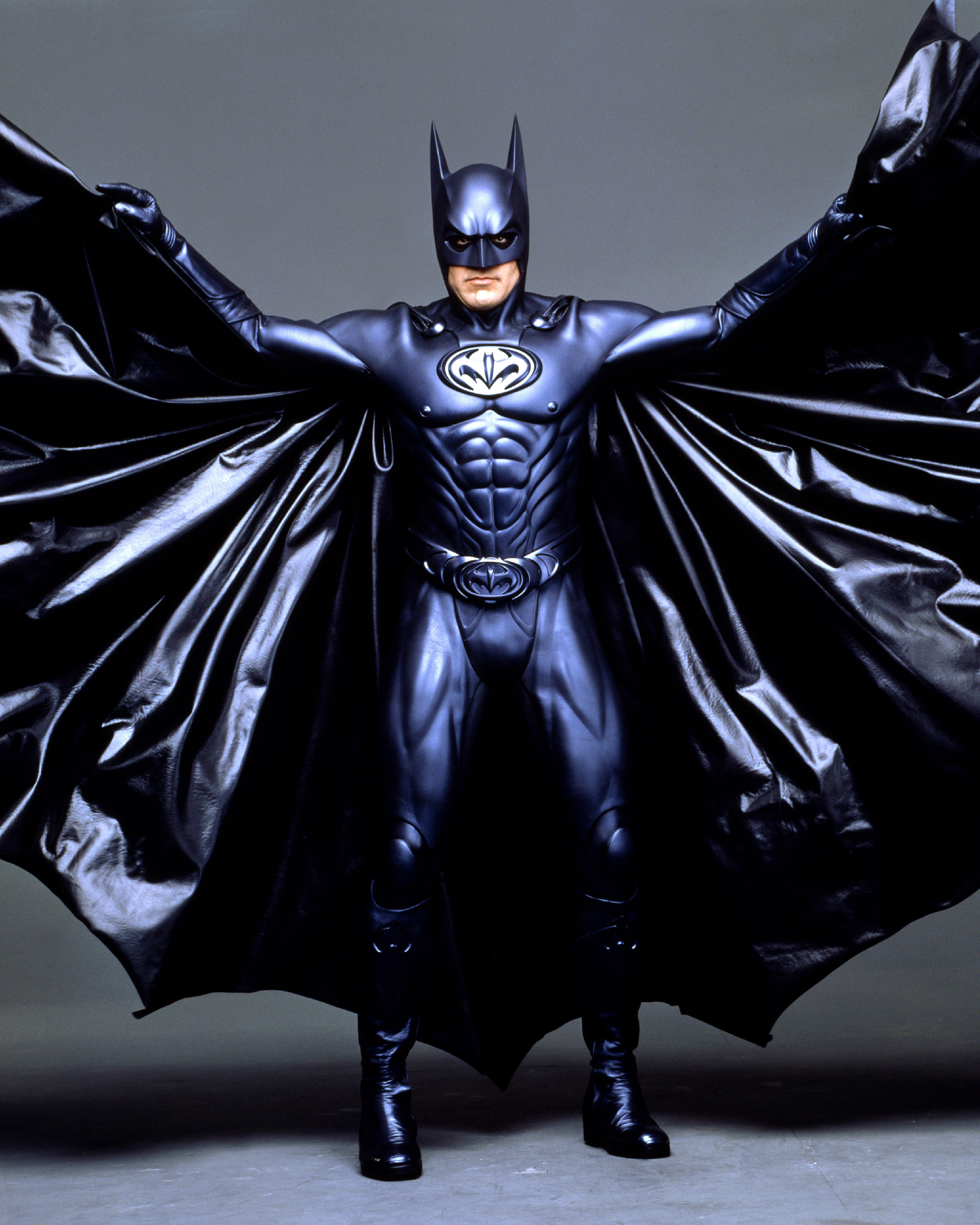 Research, however, was straightforward enough: "He's such an iconic character, you just know about the usual gear. It was more a case of 'What did we like?'" Dillon recalled. They decided to recreate the gray of Adam West's 1960's batsuit, a color which reappeared later in Frank Miller's 1987 landmark comic story arc "Batman: Year One," (another key text for Reeves).

"You've got the gray suit and the black cape," said Crossman. "So you have this nice contrast between the two things. He's not another black blob."

Crossman and Dillon have also reintroduced the iconic yellow accent, a feature that has been missing since 1997's "Batman & Robin," albeit subtly. "We have this tiny, tiny, little bit of webbing on the sleeve, with a bit of yellow on there," Dillon explained. "It's nice to bring it back."

But the enormity of the franchise, and its fanbase, sometimes felt overwhelming -- where considering the fans could quickly become "paralyzing," Dillon admitted.

"There's too many opposing factions," he continued. "People are married to the idea that (one subjective portrayal) is the only true Batman."

The evolution of the batsuit

Since the very first Batman story appeared in a 1939 issue of "Detective Comics," the suit has evolved from a camp and colorful garb into something distinctly militaristic. "The batsuit itself has definitely become more intricate," said comic book author and Batman chronicler, Matthew K. Manning, over video call. "Now, the suit is more like a piece of armor all pieced together. When (in older adaptations) it was really just tights."

Larger production budgets and better access to more sophisticated materials has of course impacted the costume's trajectory, according to Crossman. "Some of it is led by what you can actually achieve at the time," he said. "If you look at the earliest (cinematic) Batman, you can see the fabric is sagging, but by the time Adam West comes along, fabrics are slightly improving.

"Tim Burton's 1989 film version was the first to create a contoured cowl for Michael Keaton; using black foam latex instead of the ill-fitting spandex or high-sheen satin used in previous films. "As time goes on, all these techniques get better. Especially with computer work," said Crossman. "Now, you can model things on the computer so you can make them a lot more wearable and enable your head to move."

While the days of a lycra-clad Batman feel long gone, Manning believes audiences still deserve a higher dose of fantasy on their screens." (Filmmakers) really can't get away from armor (muscle suit) for the mass audience," he said. "There is an obsession with making things utilitarian. I don't know if (the industry) just doesn't trust modern audiences with fantasy. That said, I haven't seen fans as excited for a Batman movie since Christopher Nolan. So they might be going in the right direction here."

Batman will always be at the mercy of his latest director, which, Dillon muses, is perhaps the beauty of the character: "Living forever" through an endless cycle of artistic interpretations. "I think there's always another version that can be done."

Top image: Robert Pattinson and Zoe Kravitz in "The Batman" (2022). "The Batman" is produced by Warner Bros., which is owned by CNN's parent company WarnerMedia.