What's happening with the Harriet Tubman $20 bill? It's still not clear 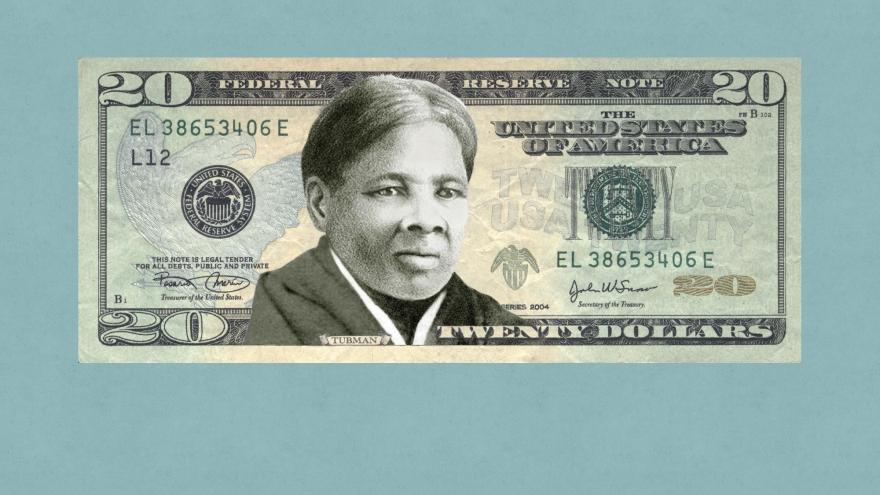 It's been more than a year since Treasury Secretary Steven Mnuchin last publicly answered questions about the Harriet Tubman $20 bill.

(CNN) -- It's been more than a year since Treasury Secretary Steven Mnuchin last publicly answered questions about the Harriet Tubman $20 bill.

"We haven't made any decisions as to whether we'll change the bill, or won't change the bill," he said during a January 2018 onstage interview at the Economic Club of Washington when asked whether he'd follow through on an Obama administration plan to honor the Underground Railroad hero.

A Treasury spokesperson told CNN that the secretary's position "remains the same," adding that "the primary focus is on developing new security features to prevent counterfeiting" of the bill.

The Trump administration inherited the 2016 decision by Mnuchin's Democratic predecessor Jack Lew to swap out President Andrew Jackson, a slaveholder often lionized by President Donald Trump, for Tubman, a onetime slave known for her work freeing her fellow African-Americans from bondage. At the time of the announcement, the redesign of Tubman on the $20 bill was expected to be unveiled in 2020.

The overhaul of the $20 note would mark the first time a black woman would grace US currency. Tubman would also be the first woman in more than 100 years on a paper note.

As a candidate, Trump routinely made appeals to African-American voters, challenging them to abandon the Democratic Party, and since taking office he has frequently boasted about the falling unemployment rate of black Americans. He has also repeatedly been accused of bigotry, most recently by his former personal lawyer Michael Cohen, who testified before Congress last week that his ex-boss was a "cheat" and a "racist."

Trump has also expressed admiration for Jackson, visiting his grave early in his administration and subsequently tweeting, "We honor your memory. We build on your legacy."

Trump has repeatedly spoken out publicly against removing the seventh American president, who was elected in 1828, from the $20 bill. As a candidate, Trump described the Tubman announcement as "pure political correctness," suggesting he would "love to see another denomination" for Tubman like the $2 bill.

Trump's former White House adviser Omarosa Manigault Newman wrote last year in her tell-all book, "Unhinged," that the President balked at the idea of putting Tubman on the $20 bill, reportedly telling her, "You want me to put that face on the $20 bill?"

A White House spokesman did not respond to a CNN request for comment.

It usually takes more than a decade to update paper currency. A redesigned $20 note is expected to be released into circulation sometime in 2030, although that could change if there are fresh counterfeiting threats. The $20 bill is the third in line to be overhauled, preceded by the $10 bill and $50 bill.

Lydia Washington, a spokeswoman for the Bureau of Engraving and Printing, which is overseen by the Treasury Department, said none of the details of the currency redesign -- all of which will require approval by Mnuchin -- have been finalized yet.

She said the redesign is on schedule but is still in the "development stage" with security features being prioritized. "The primary reason for currency redesign is security against counterfeiting, not aesthetics," Washington said in an email to CNN.

The Obama administration, however, made a priority of using the redesign as an opportunity to add well-known American women and people of color to the US currency.

Tubman was initially supposed to be on the $10 bill, the next denomination in line for a security update. That bill features former Treasury Secretary Alexander Hamilton, who is enjoying a moment thanks to the hit Broadway musical about him, and the emergence of a viral campaign by a group called Women on 20s meant Hamilton ended up keeping the $10 bill all to himself.

The campaign -- specifically directed at removing Jackson -- went viral with 600,000 voters nominating the country's most famous abolitionist to be honored on the $20 note by 2020, which also marks the 100th anniversary of the women's suffrage movement.

So Treasury came up with a different plan to redesign three notes to incorporate women.

It would keep Hamilton on the front of the $10 bill, but the back would feature a montage of women involved in the American suffrage movement, including Lucretia Mott, Sojourner Truth, Susan B. Anthony, Elizabeth Cady Stanton and Alice Paul. The recognition follows the issuance of Susan B. Anthony dollar coins that circulated from 1979 through 1981 and then again in 1999.

The $20 bill would replace Jackson with Tubman, a move that elicited cheers from advocates who wanted Jackson, who owned slaves and signed the law that drove Native Americans from their land in the Southeast, off the bill.

And the $5 bill would keep President Abraham Lincoln on the front, while it would showcase the Lincoln Memorial on the back along with portraits of people involved in historic events that took place there, including Marian Anderson and Eleanor Roosevelt.