What's happening -- and what's next -- in the Mar-a-Lago probe 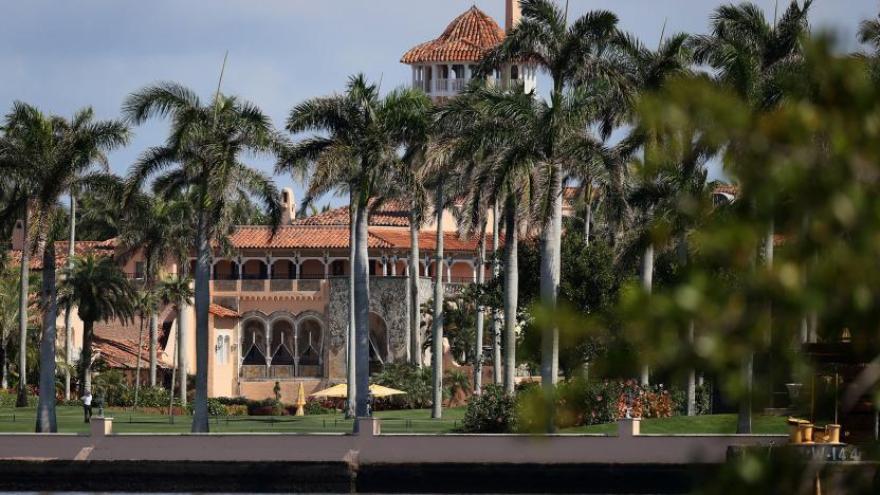 (CNN) -- Hardly a day goes by without a major new development in the Mar-a-Lago investigation, whether it's a document drop from the Justice Department, a stunning comment from former President Donald Trump, a fireworks-filled court hearing or a long-awaited ruling.

The Justice Department's criminal probe into potential mishandling of classified materials is ongoing. The damage assessment is underway by US intelligence agencies. And the political fallout is still being shaped, as the November midterms approach and the 2024 election looms.

Here's a breakdown of what's going on and where things are headed in the investigation.

What's in the classified documents?

The government has recovered at least 325 unique classified documents from Mar-a-Lago, according to court filings describing Trump's turnover of materials in January, the subpoenaed documents he returned to the Justice Department in June and the fruits of August's FBI search.

We've known that some of these files were at the very highest level of classification, including some in an "SAP" program that severely restricts who can access the information. But since this scandal burst into public view, the big mystery has been: What are these classified files about?

Details have been very hard to come by -- after all, these are national security secrets. But on Tuesday, The Washington Post reported that one of the documents seized by the FBI during the August 8 search described "a foreign government's military defenses, including its nuclear capabilities."

Where do things stand right now?

On Labor Day, federal District Judge Aileen Cannon issued a landmark ruling, granting Trump's request to appoint a "special master" to independently review everything that the FBI carted away from Mar-a-Lago.

The judge ordered Trump's lawyers to confer with the Justice Department and prepare a joint filing explaining their views on who should serve in the position, what their exact responsibilities should be, how they should be paid, how fast they should do their work and more.

On Friday, the Justice Department and Trump's lawyers each proposed two selections as special master. The DOJ nominated Thomas Griffith, a retired federal judge and a George W. Bush appointee, and Barbara Jones, also a retired federal judge and a Clinton appointee. Trump's lawyers nominated Paul Huck Jr., who had been a partner at the Jones Day law firm, which represented the Trump campaign in 2016, and Raymond Dearie, a Reagan appointee who has served as a federal judge since 1986.

Meanwhile, the judge blocked the Justice Department from using any of the seized materials in connection with the ongoing criminal probe. That could slow down the investigation. The judge allowed the US intelligence community to finish its review of potential national security fallout.

Will the Justice Department appeal?

The Justice Department appealed the ruling on Thursday, arguing that the order was putting US national security at risk. The DOJ also asked Cannon to let it continue the review of documents being done for the FBI's criminal probe.

Cannon's ruling has been critiqued by a wide array of legal scholars, Trump critics, and even some former Trump allies, who described the decision as an unprecedented hamstringing of a major criminal investigation. (Cannon is a Trump appointee.)

Former Attorney General William Barr -- a Trump loyalist during his tenure, who broke with Trump over the 2020 election and is now a Trump critic -- had earlier called on prosecutors to pursue an appeal.

"The opinion, I think, was wrong, and I think the government should appeal it," Barr said Tuesday in a Fox interview. "I don't think the appointment of a special master is going to hold up. But even if it does, I don't see it fundamentally changing the trajectory. I don't think it changes the ball game so much, as maybe we'll have a rain delay for a couple of innings."

What is the political fallout?

We're in uncharted territory, and the political fallout isn't clear yet. Both sides see an opening, but centrist voters seem to have sided against Trump as it relates to the Mar-a-Lago affair.

The Mar-a-Lago search has catapulted into Trump's top-of-mind. It's all over his social media pages, with multiple postings almost daily, filled with "deep state" conspiracy theories. At a rally last weekend in Pennsylvania in support of his handpicked candidates for Senate and governor, Trump devoted meaningful time during his speech to attacking the FBI and Justice Department.

On the other side, it's possible that the investigation could give a boost to Democrats, who have used the probe to attack Trump and raise the prospect of him possibly getting indicted or jailed.

Politically speaking, the reaction has been predictable. Polling indicates that most Republicans have Trump's back in the investigation, while most Democrats think he broke the law. So, it's more insightful to analyze how independent voters are assessing the fast-moving investigation.

A strong majority of independents, 59%, said the FBI searched Mar-a-Lago to protect national security, compared to just 41% who disagreed, according to a recent CBS News/YouGov poll. A Wall Street Journal poll found that only about one-third of independents believed that the FBI search was "just another example of the endless witch hunt and harassment" against Trump.