What's a Pell grant? Here's what you need to know 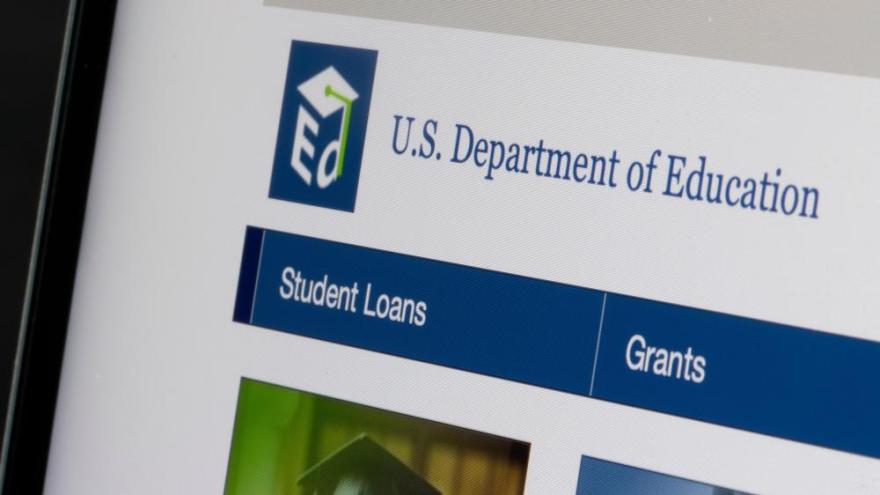 Americans who received Pell grants to help pay for college will receive much more help from the Biden administration's student debt relief initiative than other borrowers.

(CNN) -- Americans who received Pell grants to help pay for college will receive much more help from the Biden administration's student debt relief initiative than other borrowers.

Those who qualified for a Pell grant as undergraduates will have up to $20,000 of their student loan debt forgiven, compared with up to $10,000 for those who did not receive one, according to the plan announced Wednesday. To be eligible, borrowers must make less than $125,000 a year if they are single and less than $250,000 a year if they're married or head of a household.

Including the Pell grant measure will help direct more of the assistance to borrowers from lower-income families.

President Joe Biden, who campaigned on doubling the size of the Pell grant, highlighted the grant program at the start of his speech unveiling the debt relief effort Wednesday.

"For 50 years, Pell grants have been a key way for the federal government to help lower-income families, particularly those earning less than $60,000 a year, to send their kids to college," said Biden, noting that the awards used to cover 80% of the cost of going to a four-year public college, but only cover roughly 32% of the cost today.

As a result, many students have also had to take out loans to earn a degree.

Some 27 million Pell grant recipients will be eligible to have up to $20,000 of their student debt forgiven, according to a Department of Education estimate.

Biden had proposed an approximately $1,400 hike to the maximum Pell grant award in the American Families Plan he unveiled in the spring of 2021. Congressional Democrats wanted to include a $550 increase in their budget reconciliation plan last fall, but the provision did not make it into the final version passed by the Senate earlier this month.

The President intends to continue fighting to double the maximum size of the Pell grant, the White House said in a fact sheet.

Here's what you need to know about the Pell grant.

What is a Pell grant?

Pell grants are a type of federal financial aid for undergraduate students with "exceptional financial need," according to the Department of Education. Unlike loans, they typically do not need to be repaid.

About 6.3 million undergraduate students received roughly $27 billion in Pell grants in fiscal year 2020, according to the Congressional Research Service.

Named after Rhode Island Sen. Claiborne Pell, who championed the program, the grants were first awarded in 1973.

How much is a Pell grant?

But the amount students receive depends on a number of factors, including their expected family contribution to their cost of college, which is determined by their federal student aid application.

Also considered is how much it costs to attend the college, as well as whether the student is enrolled full time or part time and is going for the full academic year or less.

How does one apply?

Students start by submitting the Free Application for Federal Student Aid, known as the FAFSA. Colleges use the information on the form to determine eligibility for the Pell grant and the size of the award.

Students must fill out the FAFSA every year to receive Pell grants and other federal student aid.

There is no set income threshold for eligibility. Instead, it is determined by the information included in the FAFSA, which looks at the family's income, assets and the number of children enrolled in college, among other factors.

But nearly all recipients come from families with incomes of $60,000 or less, according to the White House. And two-thirds of those awarded Pell grants have family incomes of $30,000 or less.

Black borrowers are twice as likely to have been awarded Pell grants as their White peers, and other students of color are also more likely to receive them. Allowing Pell grant recipients to qualify for more student loan relief advances the administration's racial equity efforts, the White House said in the fact sheet.

Some 20 years after starting college, the typical Black borrower still owes 95% of their federal student debt, while the typical White student owes just 6%, according to a 2019 study by the Institute on Assets and Social Policy at Brandeis University, which was cited by the administration.

Pell grant recipients make up about 60% of student loan borrowers, according to the White House.

How do borrowers know if they received Pell grants?

They can log into their Federal Student Aid account at Studentaid.gov and check both the grants and loans they have received.