What you need to know about this year's second Women's March 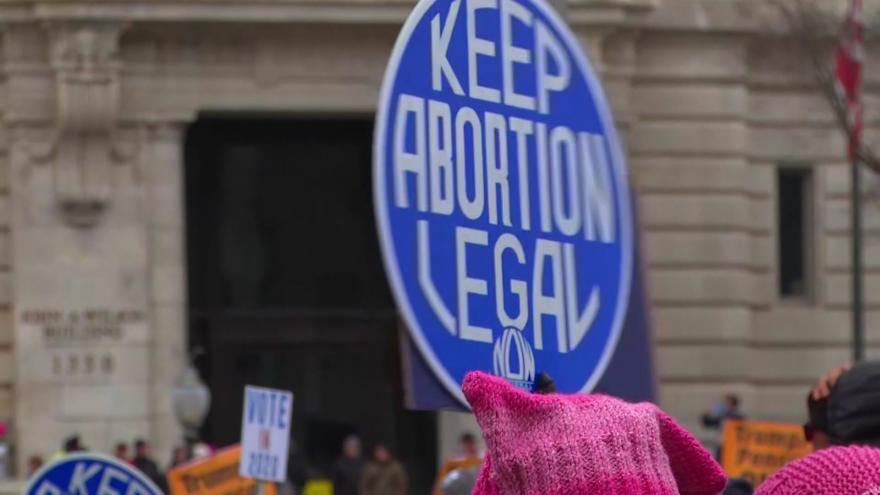 (CNN) -- Although the fourth annual Women's March took place earlier this year, a second march has been planned for Saturday in honor of the late Supreme Court Justice Ruth Bader Ginsburg.

The Women's March organization is hosting this demonstration to protest President Donald Trump's nomination of Judge Amy Coney Barrett to the Supreme Court.

"We're planning a massive, nationwide march on October 17 to send an unmistakable message of our fierce opposition to Trump and his agenda, including his attempt to fill Ruth Bader Ginsburg's seat," the organization wrote in an online fundraiser for the event.

Unlike January's event, this Women's March comes in the middle of the Covid-19 pandemic. Although the 2017 Women's March on Washington may have been the largest single-day protest in US history, the Saturday march might have a low turnout.

Here's everything you need to know:

The second Women's March of the year will take place on Saturday. The year's first march was held January 18.

The event will start at Freedom Plaza at 1455 Pennsylvania Avenue NW at 11 a.m. The rally begins at noon, with the actual march beginning at 1 p.m. and ending at 3 p.m. at the National Mall.

After the march, organizers plan to have a social-distanced text-a-thon at the National Mall. The Women's March is collaborating with Planned Parenthood's Outvote app for the text-a-thon.

Along with the Washington protest, there are more than 200 satellite marches taking place across the country.

How will Covid-19 impact the march?

Organizers are requiring all demonstrators to wear face masks and social distance from one another.

The organization is prohibiting participants from the 30 states on the self-quarantine list, such as Florida, North Carolina and Texas. There will be hand-sanitizer stations throughout the march.

What if you can't attend?

The Women's March will have virtual events all day. The organization has partnered with Black Lives Matter DC on a list of black-owned businesses it is encouraging participants to donate to.

There is also a pop-up shop for the Women's March at the Outrage on 1722 14th Street NW in Washington.

You can find more information about the Women's March here.