What we know -- and still don't know -- about the coronavirus 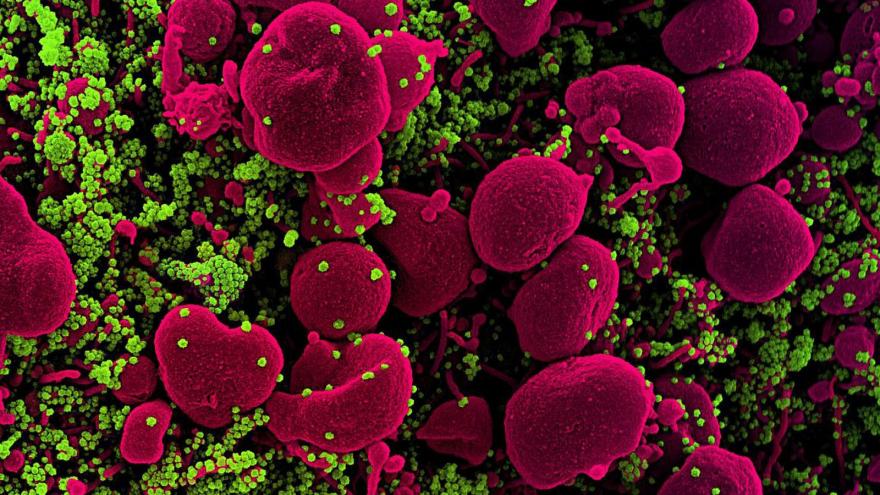 After Ranney took to Twitter on Sunday with a series of posts on the topic that many found extremely helpful and informative, CNN interviewed the emergency physician and Brown University associate professor of emergency medicine.

Here's what she says we know, and what we still don't know, about Covid-19. The following interview, conducted via Twitter, had been lightly edited.

What we don't yet know about Covid-19

So we don't know how "exactly" how it's really spread. How do we not know that? Do we need more time to figure that out?

What's needed to figure out all that info? To get a concrete idea of how it's transmitted/lasts on surfaces.

Honestly, we need a few more good laboratory studies! Just observing that the virus is *there* doesn't mean it's "infectious."

Dumb question. What's the difference between the virus being there and it being infectious?

Great question. There are a number of studies showing that airflow changes patterns of transmission inside a restaurant or building -- but it's not sure that it's spread "through" the AC system. Instead, it's likely due to air blowing the virus droplets (or aerosols) into certain locations.

Is that why it's so important to not be inside, in a contained space with a group of people?

It's important to not be in a contained space with a group of people because the virus is "stuck" if you're inside!

You also mentioned that we don't know the real fatality rate for the virus. Why is that? And what will help us determine it?

Importantly, the case-fatality rate likely differs for different populations. So, for example, it will certainly be higher for the elderly, than for the young.

Do we know if there's any risk of the virus being spread by cigarette or vape smoke/vapor?

Great question -- I have not seen any studies of that. We do know that current smokers have higher risk of severe illness and death, though.

Do we just need more time to study the virus? Or is there also the issue that the science just isn't there? Like we don't have the skills or knowledge to do certain things?

So time to get it done isn't something we can change. But funding is! Is there more funding being provided? Or does more need to be put towards it? And how are universities/research institutions that are researching things. How are they handling the lockdown/social distancing? Is that hampering research?

There IS more funding being provided ... but social distancing has made it tougher, especially for clinical research. Most universities temporarily stopped or drastically cut back their research due to Covid-19 -- due to lack of PPE and concerns about infection.

And ... I'd highlight that research on many other things influences Covid-19. So it's about funding in general. For mental health, for cancer, for injury patterns -- not JUST for Covid-19.

What's the danger in "preprint?" Better put, why do scientists need to review it?

We don't yet fully know which drugs work, and for whom.

There are some very promising trials and there are some promising basic science studies. It is essential for us to balance potential risk with potential benefit. ... good scientific trials help us do that.

And we also don't know how long people are infectious, and if they can be reinfected, right? And we don't really know the long-term effects that some people may get from having the virus.

Correct on both counts. We don't think it's likely that people can be reinfected in the short term (eg 1-2 months) but we don't know about longer term.

Is there anything else that we don't know, that just really stands out to you? Or you don't think has gotten enough attention?

I think talking about the long-term consequences is important. We don't know what happens to you if you catch it, and get better. We are seeing some early signs that it may hurt your lungs and brain long-term, but we just don't know.

What we know about Covid-19

We know the genome of the virus. Why is that important?

Because it helps us to (a) identify if/when it mutates, (b) track its spread (c) identify treatments and vaccines (because we focus in on specific targets on the virus.)

You mentioned in your Twitter thread that we know how to fight this. If we get more testing, do contact tracing better which isolates and identifies exposed and sick people, and get better PPE, we don't have to social distance as much. Why is that?

We have to social distance in order to prevent transmission. We currently try to social distance from *almost everyone* because we don't know who might be infectious. But if we know exactly who is sick, and if those people stay isolated from others, then the rest of us can go about our business without worrying.

Do we know that people out in parks/at the beach are safe from getting the virus? People that aren't wearing masks at the beach but that may be social distancing, they are okay and not in a high risk situation?

Re: being at parks/at the beach -- there's a gradient of risk. Being outdoors is lower risk than being indoors, because the virus dissipates. It's *possible* to get infected if you're downwind from someone who's sick, but it's unlikely. (I'll go back to my analogy above about a strong smell. If you're on the beach, and someone sprays a perfume, you won't smell it at all, or might smell it for a very little period of time. If you're in a closed room, though, you'll smell it for a while).

So if we know who is sick, and they aren't in the general population/interacting with others, we can relax social distancing ... close families/friend groups can gather, within reason?

Correct! BUT it's important to also have random testing of asymptomatic people -- because (a) people can be infectious before they have symptoms, and (b) current data suggests that 1/3 of people don't ever get symptoms (but may still be infectious)

And we know what constitutes "high-risk" exposure.

High-risk exposure = inside, close together. The longer you're close to someone who's sick, the higher the chances of your getting infected. We can't yet say "2 feet" or "6 feet" or "12 feet" is adequate inside -- current recommendations are 6 feet but there's debate about that.

But how do we prevent high-risk exposures from careless people? Or people that just don't know they have it?

Great question re careless people. This is where consistent, high quality public health messaging is important. We need to (1) make it easy for people to stay home if they're sick (make sure they have food, make sure they have sick leave, etc), (2) create NORMS that they will stay home (e.g., people feel that they're *expected* by their friends and family to stay home.)

Some may also add (3) enforce isolation by checking on people daily, and maybe even having fines if they break isolation. This is more extreme but is sometimes needed.

So we know that the virus is affecting people differently because of their socioeconomic status. But it's also affecting some ethnicities more. What are the science and facts telling us about how it's affecting them differently, and why?

We know that minorities and people of lower socioeconomic status are disproportionately more likely to be infected, and to die. Current data suggests that this is because of structural inequalities -- for example, because minorities less frequently have jobs that allow them to work from home -- NOT because of genetic differences. This may also reflect well-established differences in access to high-quality health care. We are still trying to figure out the exact reasons, but these observations are similar to patterns in, for example, maternal mortality among blacks vs. whites.

What you need to remember about Covid-19

So we've talked about what we know about Covid-19. But what do you wish people knew about it, in addition to everything we just talked about? What do people need to know about it in a broader sense?

In a broader sense, I wish people knew a few things.

First, that they knew how quickly and hard scientists have been working to try to enhance our scientific knowledge about the virus. People have literally been working around the clock to try to define the virus, identify potential therapeutic and vaccine targets, define patterns of transmission, and create new ways to keep us all safe. But good science takes time.

Second, it's normal for us to express uncertainty in science -- to be honest that we don't know things, and sometimes even to change what we say. That's part of the scientific process. Good scientists will be honest about what they do and don't know, and will be honest when they're wrong. That's not being political, or being cagey.

Third, even though this is a novel virus, there are very standard public health measures that work for reducing the transmission of infectious disease. These are test, trace, isolate, and protect. When we say that these work -- it's based on over a century of evidence.

Fourth, good public health helps support a strong economy. Few physicians, scientists, and public health professionals would describe Covid-19 as an either/or situation. There are great ways to *both* reopen *and* keep us all safe. We are pressing for PPE, testing, and contact tracing in order to restart the economy. There are also great ways to support our communities while recognizing that the world has changed.

So we may not have a cure for the virus, but we know how to beat it. And that's through standard public health measures.

Well ... I wouldn't say how to "beat it." I'd say "how to decrease its impact." This virus will not go away, and anyone who claims that they will "defeat it" is being glib. Instead, we want to "contain it." We know how to help our society stay as healthy and safe as possible. while we simultaneously work to improve our knowledge of both prevention and treatment.

We are in a new normal. Standard public health measures work to protect us from a new surge, and allow us to go back to work :).