What we know about BA.2 -- now the dominant cause of Covid-19 in the US 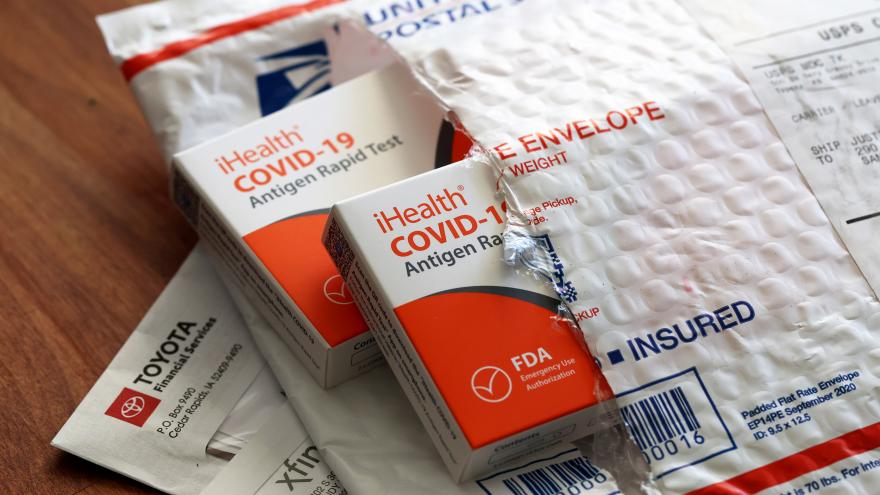 (CNN) -- The highly contagious Omicron subvariant BA.2 is now the dominant coronavirus strain in the United States, causing more than half of all Covid-19 infections last week, the US Centers for Disease Control and Prevention said Tuesday.

The new numbers come from the CDC's genomic surveillance. Based on its models, the agency says that BA.2 caused between 51% and 59% of all new Covid-19 infections in the US the week ending March 26, up from an estimated 39% of all new infections the week before.

The hardest-hit region was the Northeast, where BA.2 caused more than 70% of all cases. The South and Mountain West saw the fewest cases. BA.2 caused slightly more than one-third of infections in those regions last week.

'We are not immune to what happens in Europe'

Though BA.2 is still just taking the stage in the US, it has had prominent runs in many other parts of the world, including Southeast Asia and the Western Pacific, and is winding down its European tour.

According to the World Health Organization, BA.2 is also the main cause of Covid-19 globally, out-muscling two other Omicron lineages, BA.1 and BA 1.1, to become the dominant strain. Since its takeover, international case counts -- which had been declining since the first week of January -- have been rising again.

In the UK, which has a more highly vaccinated population than the US, a combination of lifted restrictions, waning immunity and an even more contagious version of the virus have created a new BA.2 wave. Covid-19 cases, hospitalizations and deaths have been trending upward since the end of February, and now, the weekly average of new cases stands about where it was at the end of January.

BA.2 infections have not reached the peaks seen with BA.1, however. Case counts appear to be leveling off in the UK, though hospitalizations and deaths are still rising.

Throughout the pandemic, the US has followed the UK by about three weeks, so when cases began rising there, health officials here took notice.

In America, BA.2 has been gaining steam since the end of January, and case numbers have plateaued. That flattening conceals regional differences, however. In 13 states, weekly average numbers of new cases are rising, and they have stopped falling in 14 others, according to data collected by Johns Hopkins University.

It's still not clear what this subvariant will do in the US. Even experts don't exactly know what to expect.

"We're not immune from what happens in Europe," said former CDC Director Dr. Tom Frieden, who is now president and CEO of the nonprofit Resolve to Save Lives.

"In Europe, you see BA.2 becoming predominant and driving a resurgence, and the likelihood that will not happen in the US is pretty low, really," Frieden said. "I do think part of the reason that we're plateauing is that we're about to start going up again."

Frieden doesn't think it's a coincidence that the US Food and Drug Administration authorized additional booster shots for Americans who are 50 and older on Tuesday, the same day the CDC estimated that BA.2 was dominant.

But it's anyone's guess how high cases will go, whether lots of people will need hospital care, and whether the nation will continue to see breathtaking numbers of deaths.

Most predictions about BA.2 in the US haven't been dire.

The University of Washington's Institute for Health Metrics and Evaluation's Covid-19 projections, updated last week, predict that BA.2 will not drive another surge in the US.

But they say we may see something like what happened in South Africa, where BA.2 quietly replaced its cousin BA.1 as the main cause of Covid-19 infections -- without a rise in cases or deaths. Instead, it drew out Omicron's descent, causing a long tail.

Michael Osterholm, who directs the University of Minnesota's Center for Infectious Disease Research and Policy, called the coronavirus waiting game we play every few months "a familiar uncertainty." He dedicated his latest podcast to "all of us who remain confused about what the immediate or intermediate future looks like with Covid."

How strong is our immunologic wall?

There are a host of reasons why it's hard to know what BA.2 may do. The CDC estimates that 37 million Americans -- about 1 in 11 -- got Covid-19 over the winter, during the first Omicron wave. Many more have immunity from vaccination and boosters. So, based on random blood samples, the CDC says that 95% of Americans may now have some degree of immunity from Covid-19.

"That gives us some protection against future surges," he said. "However, that wall deteriorates with time. The longer it goes after a wave or after vaccination, the bigger the decay of the wall."

Studies have determined determined that BA.2 evades our vaccinations about as well as original Omicron did, so boosters are needed to restore protections against these variants. But less than half the US population 12 and older has had a recommended third dose.

Of greatest concern are adults over 65, because they are mostly likely to become severely ill with Covid-19. One out of three people over 65 in the US hasn't had a critical third vaccine dose.

"The real problem is that so much of our population is undervaccinated seniors," Frieden said. "That's our Achilles heel."

The other variable is found in the virus itself.

Omicron threw our immune defenses for a loop. It was so different from the coronavirus strains that came before that many people who'd gotten sick with Delta or other early strains found themselves infected again.

BA.2 has about 40 amino acid changes from Omicron's BA.1, making it about as different from its cousin as Alpha, Beta and Delta were from each other. Some have wondered whether BA.2 could re-infect people who'd had BA.1.

A large study from Denmark suggests that these kinds of reinfections are possible but rare.

The research on more than 1.8 million infections found only 1,739 cases in which people tested positive for Covid-19 twice within a two-month window. Of those, 47 were BA.1 infections that were followed by BA.2.

When researchers looked more closely, they found that these types of reinfections tended to happen to young and unvaccinated people, mostly children. And their symptoms tended to be mild.

The study was posted as a preprint, meaning that it has not yet been scrutinized by outside experts and published in a medical journal.

In a preprint study from Sweden, researchers measured viral levels in swabs from the back of the nasal cavity. They found nearly twice as much viral RNA in samples from BA.2 patients than in those who tested positive for BA.1, "pointing to a substantial difference in viral load."

Viral loads were about the same for Delta and BA.1 infections, they said, "whereas the increase in viral load in BA.2 cases was surprising."

Another preprint study from Qatar picked up this difference, too.

Laith Abu-Raddad, a professor of population sciences at Weill Cornell Medicine-Qatar, has been studying the effectiveness of vaccines and boosters against BA.1 and BA.2. A major difference between the two infections is a person's viral load, he said.

Instead of going deeply into the lungs, the way Delta did, the Omicron strains seem much more focused on the upper respiratory tract, where the nose meets the back of the throat, Abu-Raddad said.

He thinks that because the infection concentrates there, that also helps it spread efficiently when people talk, cough or sneeze.

Perhaps one bright spot in the BA.2 picture may be severity.

Although studies in animals have suggested that BA.2 infection wasn't entirely mild, data on human infections from the UK, Denmark and South Africa shows that BA.2 isn't more likely to result in hospitalization when compared with BA.1.

This week, the UK Health Security Agency updated its data on vaccine effectiveness against BA.2. Up to 14 weeks, boosters were still 90% effective at preventing severe disease in people over the age of 65, pointing to an important way to make sure BA.2 doesn't lay us low.