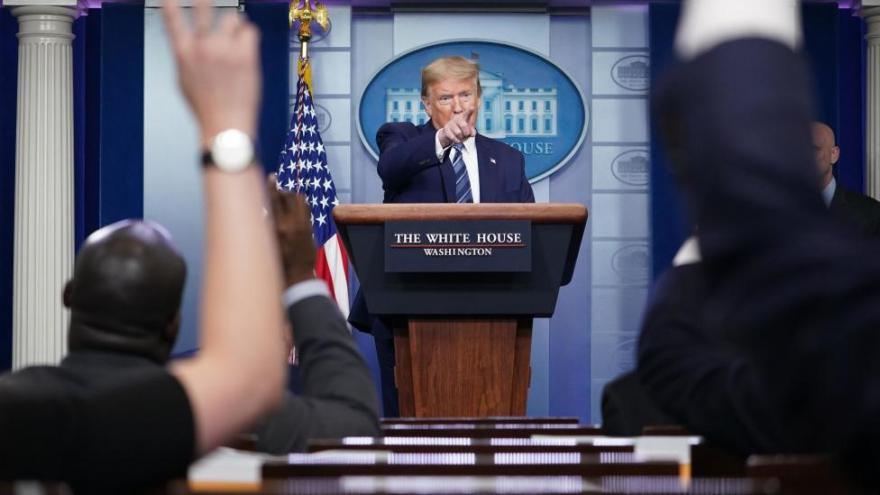 While the order falls short of an outright ban on legal immigration to the US, as Trump initially suggested, it stands to affect thousands of people overseas seeking to come to the country.

Administration officials scrambled in recent days to finalize the executive order, which was still being fleshed out when Trump tweeted about it late Monday. Even before Trump provided more specific details about his move, his reelection campaign and allies were already touting and defending the executive order, reflecting the order's political underpinnings.

Trump said the order is needed to protect American jobs.

Who does the executive order include?

People outside of the United States seeking to legally migrate to the US, with some exceptions. The Migration Policy Institute, a nonpartisan think tank, estimates that the order would block around 26,000 green cards monthly or 52,000 over the 60-day period it's in effect.

It's important to note, though, that the pandemic has already largely cut off immigration to the United States: countries have put border restrictions in place, visa services have been suspended, and refugee admissions are on pause, among other changes.

The order doesn't apply to spouses and minor children of US citizens; health care professionals; any member of the US Armed Forces and their spouses and children; and anyone entering for law enforcement or national security reasons.

It also doesn't apply to investor visas and special immigrant visas for Iraqi and Afghan nationals who've worked for the US government.

Over the course of recent weeks, the Trump administration has made sweeping changes to the US immigration system, citing the coronavirus pandemic.

In a little over a month, there have been more than a dozen changes to the system, ranging from postponing immigration hearings to pausing deportation flights to certain countries to swiftly removing migrants arrested at the border and suspending refugee admissions. The changes to the system are being made incrementally, though rapidly.

Against the backdrop of the outbreak, the administration has also pressed forward with some of its most restrictionist policies, including largely closing off the southern border to migrants and immediately expelling them.

How long will the executive order be in effect?

The order will be in effect for 60 days, but the text leaves the possibility of an extension on the table.