What to watch on the first night of the Democratic convention 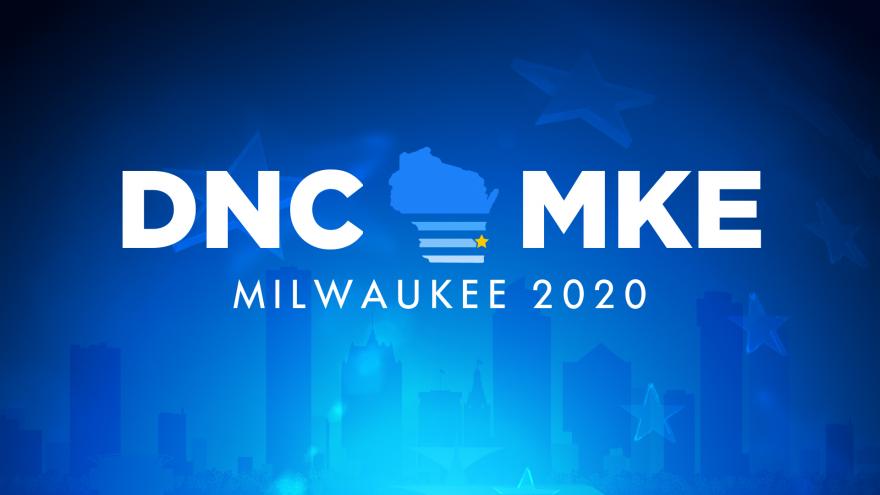 (CNN) -- The Democratic National Convention kicks off Monday with a two-hour virtual event built on a theme of unity.

It will be a convention unlike any other: The coronavirus pandemic forced Democrats to scrap their planned in-person Milwaukee convention.

Instead, speakers will deliver speeches from locations across the country and without the large in-person crowds that are traditionally seen at these events. All eyes will be on how smoothly the transition to a virtual convention works.

The four-night event begins as former Vice President Joe Biden's lead is showing signs of narrowing. In a CNN poll released Sunday night, 50% of registered voters backed Biden to Trump's 46%, which is right at the poll's margin of error of plus or minus 4 percentage points.

Obama and Sanders are two of the most popular figures in Democratic politics. Kasich, a former presidential candidate, is emblematic of the kind of anti-Trump Republican who Biden is hoping to win over in November.

Here's what to watch starting at 9 p.m. ET Monday, on the first of four nights of the DNC, which will culminate with Biden accepting the party's presidential nomination and delivering his keynote speech Thursday night.

The convention's main hubs will be stages in New York, Los Angeles, Milwaukee and in Biden's home of Wilmington, Delaware -- where he and his running mate, California Sen. Kamala Harris, will deliver their speeches later in the week.

Emcees primarily broadcasting from Los Angeles will lead each night's two-hour programs, while speakers deliver their remarks from historic locations around the country. Meanwhile, a production truck in Wilmington will monitor hundreds of live feeds from across the country -- part of an effort to build excitement and add moments of reaction to the broadcasts.

If Democrats can keep audiences tuned in and engaged, it could change the way political conventions are held moving forward.

What will Michelle Obama say?

Obama is one of the nation's most popular public figures -- known for saying in her 2016 DNC speech, "when they go low, we go high."

She delivered another of the 2016 DNC's most memorable moments when she said, "I wake up every morning in a house that was built by slaves."

But her speech Monday will come at a different moment in time -- one that sees Trump running for reelection amid a global pandemic and protests against racism.

Recently, on a podcast, she said she's been suffering "low-grade depression" amid the pandemic and racial strife fueled by Trump. "I'm waking up in the middle of the night because I'm worrying about something or there's a heaviness," she said.

On an evening devoted to a message of unity, how Obama injects optimism into the anxiety Democrats have felt about Trump's tenure -- and November's election -- could bring Monday's most significant moment.

Bernie Sanders in the spotlight

Since he dropped out of the race in the spring, Sanders has worked to tamp down any potential insurrection against Biden from the party's left. The former vice president returned the favor by greenlighting a series of "unity task forces" -- a very public acknowledgment of the progressive movement's growing influence.

On Monday night, Sanders will be offered his largest platform since his final debate with Biden. This time, though, he will be walking a thin line -- simultaneously trying to appeal to his young base on Biden's behalf, while also using the spotlight to make the case for his own policy agenda.

Sanders isn't one for testing new material in front of large audiences, so his message to viewers will be familiar: That Trump is a unique threat to American democracy and that, if he is not defeated by the Democratic nominee in November, all of Sanders' and his supporters' priorities will be dashed.

With Biden in the White House, as Sanders has repeatedly said, progressives will have an opportunity to advance their cause. There will be plenty of time for an intra-party fight, Sanders said a few weeks ago, "after the election."

A chance for lesser-known names to shine

For those with less of an established profile, Monday will provide a unique opportunity.

Alabama Sen. Doug Jones might have the most to gain. He is an underdog in his reelection bid, which pits him against GOP nominee and former Auburn football coach Tommy Tuberville. A rousing speech under the bright lights could convince Democrats outside the state to pay closer attention to the race -- and flood his campaign with new donations.

Michigan Gov. Gretchen Whitmer and Nevada Sen. Catherine Cortez Masto are also up on Monday. Whitmer was among the finalists in Biden's search for a running mate. Cortez Masto was rumored to be on his initial, longer list. Minnesota Sen. Amy Klobuchar, another early vice presidential contender, will get her first chance to address a major audience since she dropped out of the presidential primary and endorsed Biden.

New York Gov. Andrew Cuomo, who has seen his national profile rise as he responded to the coronavirus pandemic in his state, will also speak on Monday night. He will likely deliver the kind of direct argument against Trump's leadership during the public health crisis that Biden has made central to his campaign.

No one questions South Carolina Rep. Jim Clyburn's star. He is a trusted and influential adviser to the nominee. On this night, though, he will have the chance to stand alone and make the case for the candidate whose campaign he might well have saved with a late endorsement before the South Carolina primary in February.

Republicans at the Democratic convention

The most out-of-place figure on the first night of the DNC will be John Kasich, the Republican former governor of Ohio.

Kasich was a candidate for the GOP nomination in 2016, and has turned into a prominent voice of the party's "Never Trump" movement. And while his selection for a speaking slot at the convention angered progressives, handing the spotlight to such a well-known Republican could help Biden's campaign strike chords of unity.

Kasich won't be alone among the Democrats.

There is a history of political parties inviting a former political rival into their convention lineup. In 2008, then-Connecticut Sen. Joe Lieberman -- just eight years after being the Democratic vice presidential nominee -- spoke at the Republican National Convention in favor of then-Arizona Sen. John McCain. In 2012, Charlie Crist, who had previously served as the Republican governor of Florida (and is now a Democratic congressman), backed former President Barack Obama's re-election at that year's DNC.

Kasich's message is likely to be oriented toward the need for a functioning government. As a 2016 presidential contender, he often touted his role as a one-time House budget chairman who negotiated spending plans with a surplus with former President Bill Clinton.

This story has been updated with additional speakers announced Monday.