What is monkeypox, and how can you stay safe as it spreads? 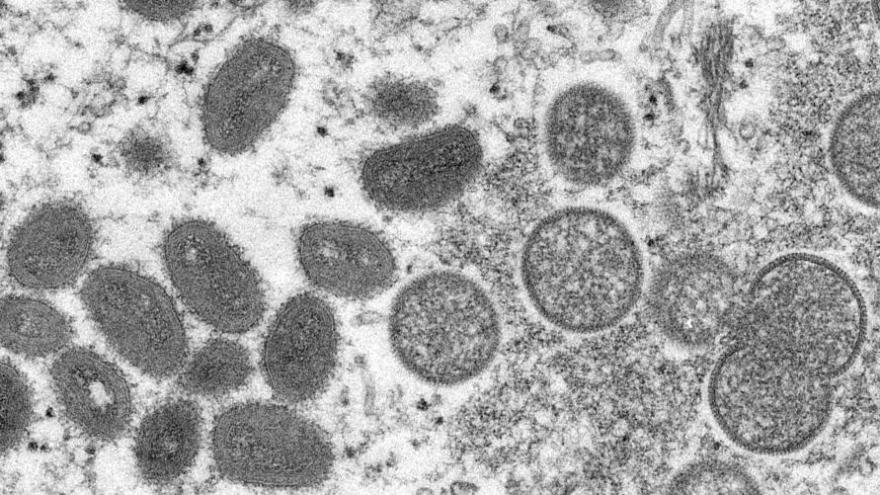 (CNN) -- As a global outbreak of monkeypox continues to grow, public health officials are stressing the importance of education in fighting the virus.

"I am concerned by the scale and spread of the virus," World Health Organization Director Tedros Adhanom Ghebreyesus said Wednesday.

Monkeypox is a poxvirus, related to smallpox and cowpox. It generally causes pimple- or blister-like lesions and flu-like symptoms such as fever, according to the US Centers for Disease Control and Prevention.

The lesions typically concentrate on the arms and legs, but in the latest outbreak, they're showing up more frequently on the genital and perianal area, which has raised some concerns that monkeypox lesions may be confused with STDs.

The rash is "showing up in different parts of the body than we typically expect to see it," Dr. John Brooks, the CDC's chief medical officer of HIV prevention, said in late May.

He and other experts have been emphasizing that fact "to remind people that people may come in for an evaluation of what they think is an STD, but we'd like the provider to think 'Could it be monkeypox as well?' if the circumstances fit the story," he said.

How is monkeypox spread?

Monkeypox spreads through close contact, according to the CDC. That includes direct physical contact with lesions as well as "respiratory secretions" shared through face-to-face interaction, and touching objects that have been contaminated by monkeypox lesions or fluids. The virus may also pass to a fetus through the placenta.

Many of the cases in the latest outbreak appear to be connected to sexual contact, but monkeypox is not an STD.

"Monkeypox is not a sexually transmitted infection in the typical sense, but it can be transmitted during sexual and intimate contact, as well as with personal contact and shared bedding and clothing," Brooks said.

The CDC says it's not clear whether monkeypox can spread through semen or vaginal fluids, but the virus can't spread asymptomatically.

Who is at risk of monkeypox?

However, a large number of cases this year have been in men who have sex with men, and public health officials are focusing their prevention efforts in this group. The virus is not unique to this community, but the nature of close-contact spread has led to a disproportionate impact.

According to the CDC, those at higher risk during this outbreak include people who "had skin-to-skin contact with someone in a social network experiencing monkeypox activity; this includes men who have sex with men who meet partners through an online website, digital application ("app"), or social event such as at a bar or party."

What should I do if I have monkeypox symptoms?

If you notice a new rash or other monkeypox symptoms, avoid any close contact with other people until you have seen a doctor and gotten tested.

"When you see a healthcare provider, wear a mask, and remind them that the virus is circulating in the area," the CDC says.

If you're diagnosed with monkeypox, the agency recommends isolation at home and away from family members for as long as you have an active rash.

What's the treatment for monkeypox?

According to the CDC, there is no specific treatment for monkeypox. Because it's genetically similar to smallpox, doctors can use similar treatments, such as antiviral medications.

Treatment for moneypox should also include efforts to manage symptoms and complications, WHO says.

Is there a monkeypox vaccine?

Two vaccines are available in the US to prevent monkeypox, but not everyone is eligible to get one.

The US has "ample supply" of the smallpox vaccine ACAM2000, which can also be used to prevent monkeypox. However, it shouldn't be used in people with certain health conditions, according to the CDC.

"We have 100 million doses of ACAM2000," National Institute of Allergy and Infectious Diseases Director Dr. Anthony Fauci said in late June, but its side effects mean that it "in my mind as a public health person, would not be worth giving it widely throughout the general population."

Another vaccine, Jynneos, is specifically intended for monkeypox, but it's in short supply.Federal stock is being distributed to municipalities based on the number of cases and the population at risk in a given area. The Biden administration has also announced plans to increase the nation's supply of Jynneos.

Jynneos is a two-dose vaccine, with a four-week gap between doses. But in light of the shortages, some experts have called for a single-dose regimen until supply improves.

PrEP refers to vaccinations given to members of high-risk communities, such as lab or health care workers, before they may come into contact with the virus.

PEP means vaccinating people after a known exposure to prevent disease or help ease symptoms. For prevention, the CDC recommends that the vaccine be given up to four days after exposure. PEP given four to 14 days after exposure may result in milder disease.

PEP++ is the CDC approach for people with unconfirmed exposure to the virus but with risk factors that may make them more likely to get it.

"When coupled with self-isolation and other prevention measures when symptoms first occur, PEP++ may help slow the spread of the disease in areas with large numbers of monkeypox cases," the CDC says.

Can I get a vaccine?

Monkeypox vaccine demand is high, but supply shortages and eligibility restrictions mean it can be difficult to find at this point.

According to the US Department of Health and Human Services, more than 130,000 doses of Jynneos have been distributed from the strategic national stockpile. The Biden administration has said it plans to increase stock within the next few weeks, including a shipment from Denmark.

If you think you meet one of these criteria and want to find out about your eligibility, contact your doctor or your local health department.

How do I keep myself safe?

The CDC recommends avoiding close contact or shared objects with someone with monkeypox. Frequent hand-washing is also recommended.

For social gatherings including parties, raves, clubs and festivals, the CDC says to stick to events with more clothing, where skin-to-skin contact may be less frequent.

Avoid sex or close physical intimacy if any partner involved has monkeypox. If you do have sex and you or your partner have confirmed or suspected monkeypox, the CDC recommends keeping a physical distance of at least 6 feet between partners, washing toys and avoiding contact with the rash.

"If rash is confined to the genitals or anus, condoms may help; however, condoms alone are likely not enough to prevent monkeypox," the CDC says.