What is C-band 5G? Verizon and AT&T are flipping on the switch in the US 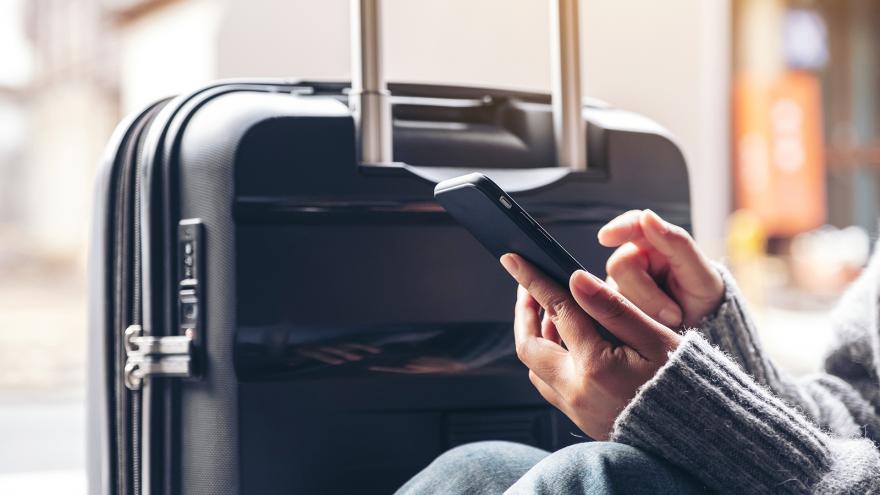 (CNN) -- The next-generation of wireless technology is now even faster for 5G users in some parts of the country.

Telecom companies have rolled out 5G networks to various locations across the United States over the last few years, delivering an experience that's arguably only a notch above what 4G offers. But on Wednesday, Verizon and AT&T turned on their C-band 5G networks -- an important set of radio frequencies that will supercharge the internet as we know it.

"The impact will be that users will likely consume more data, the connection will be more robust and most likely we may see new types of applications emerging," said Dimitris Mavrakis, senior director at market research firm ABI Research. "5G is also positioned toward enterprise services, so this upgrade may push both carriers' plans to address this domain even further."

If the term C-band sounds familiar, it's likely because it's been the subject of a weeks-long fight between wireless carriers AT&T and Verizon, the Federal Aviation Agencyand some airlines. AT&T and Verizonannounced this week that the companies would once more delay launching C-band 5G on some towers at various airports across the country. The decision came as airlines warned of dire consequences for transportation and the overall economy over concerns that the newly-activated C-band technology could interfere with the radar altimeters that pilots use to land in low visibility conditions. (Airlines estimated 1,000 flight disruptions would occur each day following the rollout).

The telecom industry lobby group CTIA previously said the fears are unfounded since there have not been problems in 40 countries, including the UK, Australia and China, where 5G is already deployed. Even so, the last-minute delay is the latest road bump in the rollout of the much hyped technology; there's been flashy local launches with underwhelmed users, community battles over where the equipment can be installed, and conspiracies about potential related health issues.

Despite the latest issue at airports, AT&T -- which ownsCNN's parent company -- and Verizon are moving forward with the C-band rollout across various cities. Here's what you should know.

C-band refers to the radio airwaves that operate in a mid-band spectrum frequency (between 3.7 and 4 GHz, to be exact). It's considered the "global" frequency for 5G across the world -- most global carriers deployed 5G in this frequency band as it offers more bandwidth, which equates to a higher system capacity at higher data speeds.

Think of it like this: If 3G is a two-lane highway and 4G is six lanes, 5G turns it into 12 lanes. It'll handle this uptick in traffic and bandwidth with no lag times, allowing, hypothetically, autonomous vehiclesto process all the information they need to make life-or-death decisions in the blink of an eye, or the healthcare industry to help power the next generation of telemedicine and robotic surgeries. (In 2019, a surgeon in China conducted a liver transplant on an animal from a location 30 miles away by controlling a robotic arm running on 5G. The same procedure on a 4G network would have increased the chance for mistakes).

AT&T and Verizon's previous 5G networks operated in the low-band spectrum, which tends to deliver good coverage but speeds that aren't that much more impressive than 4G. Initial deployments were based on earlier versions of the 5G standards that utilized 4G in conjunction with 5G.

AT&T and Verizon customers using a 5G-compatible phone in areas with these new airwaves will be able to, for example, stream a Netflix movie in 4K resolution or download a movie in seconds. Because 5G has zero latency, a term that refers to the time it takes for the signal to go back and forth from a phone to the network, people accessing the networks can also play data-hungry, graphics-heavy games with no hiccups, and waiting 30 minutes to download the latest version of a phone's operating system will be a thing of the past.

When the Federal Communications Commission put C-band spectrum up for auction, AT&T and Verizon were among the carriers that spent $81 billion to take advantage of the speed improvements. (T-Mobile, which also operates in the midband spectrum, also bought some C-band spectrum to use starting next year.) Verizon said its C-band speeds reaches nearly 1 gigabyte per second, about 10 times as fast as 4G LTE. If that's not obvious, it's really fast.

In a blog post on Wednesday, AT&T said it is introducing C-band 5G -- which it is calling its 5G+ network -- to 8 metro areas across the United States starting on Wednesday with plans to expand in more cities throughout the year.

The company said the network will work with 17 C-band capable phones, including the iPhone 12 and 13 lines, Samsung Galaxy S21 5G models and Google's Pixel 6 and Pixel 6 Pro. After downloading the latest software update on these phones, anyone in a 5G+ market will see a "5G+" at the top of the device when the network is available. AT&T subscribers with a 5G plan will be able to use the network.

Meanwhile, Verizon said in a separate blog post on Wednesday its new 5G Ultra Wideband network will be available to 100 million more people this month in over 1,700 US cities, including Chicago, Miami, Los Angeles and New York, and in more than 20 million households. The carrier will also support phones such as the 5G capable iPhones, Samsung Galaxy models and Google's Pixels. It also announced a series of plans, including an unlimited 5G mobile and home internet plan, that will be required to access the new network. A "5G UW" indicator will appear on the top right corner of the device when a 5G phone on one of the plans is detected on the network.

While C-band 5G availability will appeal to anyone who currently owns a 5G-capable smartphone, the rollout won't impact the average consumer to start. However, it'll set in motion a broader rollout that could propel the 5G industry forward even more.

Still, it will need to work through the concerns with airlines and the FAAover safety. The Biden administration said on Tuesday it is actively talking with the FAA, Federal Communications Commission, wireless carriers, airlines and aircraft equipment manufacturers to find a solution that will still allow the rollout without sacrificing the safety of flights.

"The reason carriers wanted to get these airwaves out there is because they give them a huge amount of new capacity for cellular traffic," said Bill Menezes, a director at market research firm Gartner.

And there's a decent incentive for consumers, too. "The hope is that full-throttle 5G, like these new airwaves will help provide, will be light years faster than the Wi-Fi you usually get at airports," Menezes said. "So waiting for a flight or flight delays might be less painful if you can more readily stream better interactive games or 4K videos at full quality."