What exactly is International Women's Day? 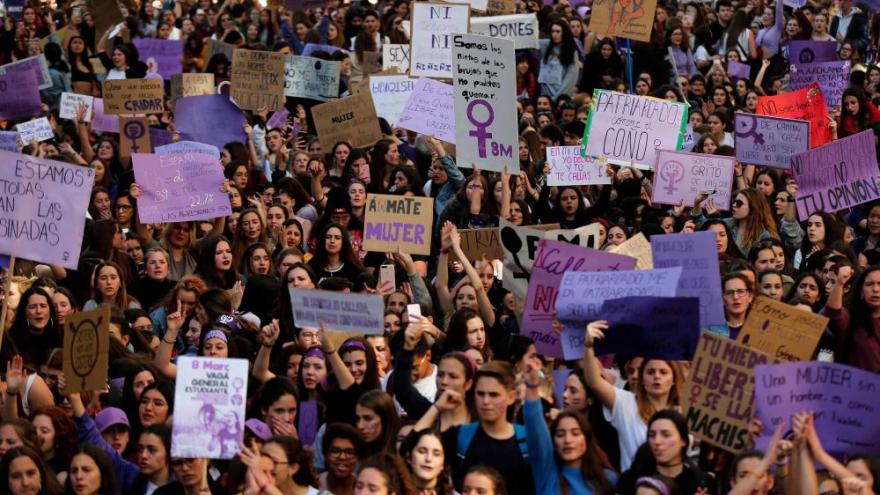 (CNN) -- Countries around the world will celebrate International Women's Day on Sunday, March 8. The day not only recognizes the achievements made by women, but also brings awareness to the obstacles that still stand in their way.

If you want to get involved or need a brief history lesson on its significance, here's everything you need to know:

When did it begin?

Although the day wasn't officially recognized until 1977 by the United Nations, the history of the celebration can be traced back to the early 20th century, thanks to labor movements across North America and Europe.

Members of the women's movement in Russia during World War I celebrated the first International Women's Day on March 8, 1913 to peacefully protest the war. A year later, women across Europe held rallies in solidarity on that same date.

More than a century later, numerous events and marches still take place on that day to celebrate the achievements of women and to take action.

What is it about?

The United Nations is focusing this year on gender equality and human rights for all women and girls. The theme of the commemoration is: "I am Generation Equality: Realizing Women's Rights."

"2020 is a massive year for gender equality," said Phumzile Mlambo-Ngcuka, executive director of UN Women. "And the benefits of gender equality are not just for women and girls, but for everyone whose lives will be changed by a fairer world that leaves no one behind."

She explains how even though there's been progress for women that "no country has achieved gender equality."

How can I get involved?

There are many ways to take part in International Women's Day, from attending a festival to donating to a related cause.

You can find information on specific events in your area by searching here.

There will also be plenty of posts on social media celebrating the day. Be sure to follow #EachforEqual, #GenerationEquality, #InternationalWomensDay and #IWD2020 to see the calls for gender equality around the globe.