What can the world expect from King Charles III? 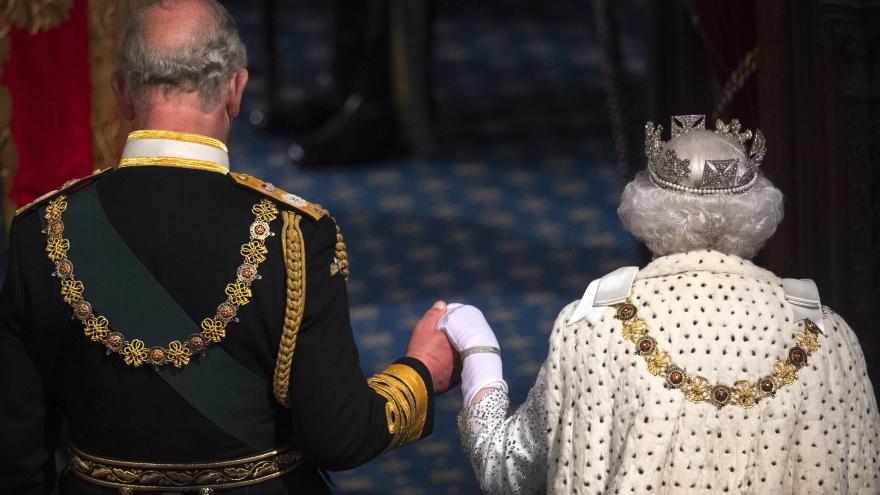 (CNN) -- Following the death of his mother, Elizabeth II, Charles has ascended to the British throne after more than 70 years as the heir apparent.

In a statement released shortly after the official announcement of her passing, Charles described the death of his "beloved" mother as "a moment of the greatest sadness for me and all members of my family." The coming days will be a time during which Charles both assumes his new duties and mourns a great personal loss.

After a lifetime in the public eye, he is a familiar figure to many in Britain and around the globe. But no one yet knows what kind of monarch King Charles III -- the title he has taken, ending years of speculation -- will become.

As CNN's royal correspondent, I've reported on Britain's new king for many years and traveled around the world with him.

One of the best insights I had was when I was invited with a group of other journalists to Dumfries House, his stately home near Glasgow in Scotland, in 2018 ahead of his 70th birthday. I spent two days there and was given unusual access to Charles and many of those closest to him. I was treated to tours of the estate, high tea, dinners and a spectacular bagpiping performance beside a roaring open fire.

This is the place that brings it all together for the new king, all his greatest passions and causes -- from music to rare breeds protection, apprenticeships for disadvantaged youth and organic farming. The whole estate is buzzing with activity, and I could see what a thrill it gave him to walk around and ask questions of his staff.

Every Friday night, wherever he is in the world, Charles is sent a hefty report updating him on the estate's work and he has it back to them first thing Saturday morning with notes. His wife Camilla will tell you he's up late every night reading, writing and responding to requests for support and advice.

Where many of his predecessors saw the role of Prince of Wales as a ticket to a playboy lifestyle and a guaranteed income, Charles professionalized it and made it his own. He wanted a legacy, but he didn't want to wait until he was king. In my experience, he's impatient and driven, and gets incredibly frustrated if one of his projects isn't working or bearing fruit.

"The signs were there from young adulthood," Kenneth Dunsmuir told me during the visit to Dumfries House. Dunsmuir runs The Prince's Foundation, an educational charity set up by Charles to help teach traditional arts and skills. "His concerns about social issues in the community and ecological issues were all there and all that's happened is that he has got more and more involved and has had the time to do that."

Dunsmuir's comment points to the other reason Charles achieved so much during his tenure: he was the longest-serving Prince of Wales ever due to the longevity of his mother's reign. Dunsmuir thinks of Dumfries House, he said, as a "fantastic physical legacy to that work that will always be here and always remain."

Charles has often struggled to contain his passion for his work, expressing his hopes and fears during speeches over the years and often sounding more like a campaigner than a constitutional monarch-in-waiting. That prompted accusations that he was threatening the independence and impartiality of the monarchy. Take climate change, on which he has been speaking out since 1968. It's since become a mainstream issue and, for some, a political one. Charles was a prominent backer of the 2015 Paris Climate Accord and discussed the subject with Donald Trump over tea in December 2019, as the then-president prepared to pull the United States out of the pact.

The following month, at the 2020 World Economic Forum in Davos, Switzerland, Charles gave a powerful speech, asking: "Do we want to go down in history as the people who did nothing to bring the world back from the brink in time to restore the balance when we could have done? I don't want to."

I sat down with Charles for an interview that day and he insisted the Paris Accord was still achievable. "We can't go on like this, with every month another record in temperatures being broken. If we leave it too long, and we have done, just growing things is going to become difficult," he said.

Despite criticism -- and at times ridicule -- over his fight to be the royals' ecowarrior, Charles has continued to be a pioneer in green issues in recent years.

Charles was in his element at the COP26 Summit in Glasgow in November 2021, where he implored countries to work with industries to create solutions to climate change.

"We know this will take trillions, not billions, of dollars," he said at the time. Climate change and loss of biodiversity pose a great threat and the world must go on a "war-like footing" to combat them, he added.

US President Joe Biden commented on Charles' decades-long efforts at the event, paying him the ultimate compliment by saying he'd got "the whole thing going" and "that's how it all started."

Charles has been outspoken on a whole range of sensitive issues from genetically modified crops to homeopathic medicines and architecture. It's made him a more divisive figure than his mother, who barely cracked an expression during her reign, let alone expressed an opinion. Elizabeth's legendary ability not to offend and alienate was more strategic than many realize, but Charles has always insisted he intends to follow her lead and stop meddling when he takes the throne.

In 2018, Charles said to the BBC: "The idea, somehow, that I'm going to go on in exactly the same way, if I have to succeed, is complete nonsense because the two -- the two situations -- are completely different." When specifically asked if his campaigning would continue, he said: "No, it won't. I'm not that stupid."

In all the conversations I have had with members of the family and their aides, there has never been talk of the more popular Prince William leapfrogging his father to the throne either.

Charles has spent his whole life preparing to be sovereign and has proved beyond doubt that he isn't work-shy. William has never been in a rush to take the crown meanwhile, preferring to build his royal portfolio steadily whilst focusing on his young family and developing his own set of interests and causes.

I've seen what a tower of support Camila has always been to Charles. I've seen how fractious and frustrated he can become when he faces an obstacle in his work, and she has a unique talent for dissipating any tension with a sense of humor and charisma that doesn't come across on camera.

In 2015 I sat down with Charles at another of his residences in Scotland -- Birkhall, in the Highlands. It was to mark the couple's 10th wedding anniversary ahead of a US tour.

He told me, "It's always marvelous to have somebody who, you know, you feel understands and wants to encourage. Although she certainly pokes fun if I get too serious about things. And all that helps."

After the interview, I went with him to a drawing room where we were joined by Camilla as we waited for the cameras to get ready for some set-up shots. Camilla was asking how it went and joking about our outfits, and he was immediately more relaxed in her company. Her ability to steady a room has now become a national asset, as the wife of the country's head of state -- and symbol of stability.

With Camilla standing firmly by his side, Charles will now set his stamp on the monarchy. After decades in waiting, he is not only head of state for the United Kingdom but also for 14 other nations including Canada and Australia. The eyes of the world are on him as he assumes the mantle of King.