What Black drivers are doing to protect themselves during traffic stops 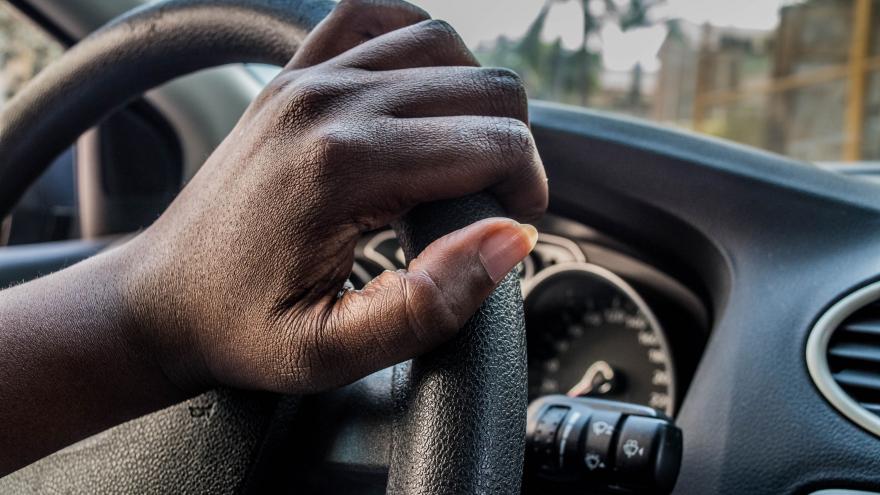 (CNN) -- When Laura Coates' husband brought a dash camera home a few years ago, she rolled her eyes. There he goes buying yet another gadget, she remembers thinking.

Then he took her hand and told her it was for her -- so she'd know what happened if he were ever pulled over by a police officer, Coates, a CNN legal analyst who lives in Washington, DC, said on Twitter this week.

Go to the website of the American Civil Liberties Union and other advocacy groups and you'll find a list of motorists' rights and how to stay safe during a traffic stop: Be courteous. Stay calm. You don't have to consent to a search. Keep your hands where the police can see them.

But for Coates and other African Americans mindful of Sunday's fatal police shooting of Daunte Wright in Minnesota, the reality goes beyond that. A 2019 study of nearly 100 million traffic stops nationwide concluded that Black drivers are 20% more likely to get pulled over than White drivers.

Those results reflect experiences long shared by people of color. And in a world in which another Black man in Minnesota, Philando Castile, was shot dead by police during a 2016 traffic stop despite seemingly doing everything by the book, some African Americans have taken extra precautions to stay safe.

He turns on a GoPro camera during police stops

The phenomenon dubbed Driving while Black is yet another entry in an ever-growing list of injustices African Americans face while doing mundane everyday things.

Adrian Lewis, a retired soldier and military history professor at the University of Kansas, says he's all too familiar with it.

Lewis grew up in Chicago and has been pulled over by officers more times than he can count. To ensure his safety, he has installed a GoPro camera facing inward in his car and stays up to date on officer locations while on the road.

"Some cars get stopped more often than others. When I get stopped, I start recording," he told CNN. "I have Waze on my cell phone that tells me, with considerable accuracy, where police or highway patrol are located. I have an escort radar detector to alert me. I make sure I am mentally and physically alert."

Such radar detectors scan for radio waves that officers use to determine how fast cars are going, and beep to warn motorists when they detect them nearby.

"Once the handcuffs are on, it's too late and you know you could be killed," he added. "And, you know, some White cops will lie about it and get away with it."

Lewis has served in South Korea and on military bases in Georgia, Washington, Louisiana and Kentucky. He's written several books, including "The American Culture of War."

He said police sometimes give him a pass as a retired military officer, but that does not make him feel any safer on the road. He cited the example ofLt. Caron Nazario, a Black and Latino US Army officer who sued two Virginia police officers after they pointed guns at him during a traffic stop last year.

"I was pissed off when I saw what happened to the young lieutenant. I thought about what I would do," Lewis said. "A Black man on some lonely highway at night ... cannot expect fair and just treatment, cannot expect to be treated with dignity."

CNN has reached out to the National Association of Chiefs of Police for comment but has not heard back.

He puts his wallet on the dashboard

Every time Dave Jordan is pulled over by a police officer, his chief goal is to stay alive.

He recalled a 2014 incident in which a South Carolina trooper shot an unarmed Black man who was reaching for his wallet after he asked him for his license. That was a learning experience for Jordan, who lives in Tampa, Florida, and is a public affairs director for a media company.

"Since then, as a rule, I keep my wallet in my cup holder and my insurance and registration in my visor. When I'm pulled over, I toss my wallet on the dashboard, roll down the window and keep my hands on the wheel," he told CNN. "That way, I don't have to reach for anything."

Jordan, a former television journalist, said he was pulled over in 2016 on his way to Charlotte to cover the fatal police shooting of Keith Lamont Scott, another Black man. The officer said he was going 25 mph in a 20-mph area.

Just days before that traffic stop, Jordan had renewed his expired tags. But the encounter still terrified him.

"The stop wasn't expected but I was prepared for it. My license and tags were current. I had insurance," he said. "Even still, flashing blue lights behind you always strikes fear in your heart. It doesn't matter that I worked on-air as a reporter, have no prior convictions or arrests. I'm still a Black man at the end of the day."

He keeps an image of his insurance on his phone

To avoid attracting attention from police, Dallas resident Barry Hairston makes sure everything in his car is in working condition, from taillights to windshield wipers.

His wife put a photo of his insurance card on his phone. That way, it's always accessible in case officers can't pull it up.

"Whenever I see a police car, I get a feeling of anxiety just knowing they have the power to do what they want. That it comes down to my word against theirs. I'm in my late 40s, and I still have that trauma," he said.

Hairston has been watching the trial of former Minneapolis officer Derek Chauvin and the protests over Sunday's fatal shooting of Daunte Wright. They made him realize that he's lived with the fear of police officers since he started driving in his teens.

"The only difference is we didn't have the words for it then, and now we do. And also now I know my rights, as compared to when I was 18," he said.

Hairston, a barber, addresses police officers by "yes sir" or "no sir" and has taught his sons, ages 23 and 18, to do the same. He also maintains eye contact with the officer and keeps his hands on the wheel during every traffic stop.

If he needs to move his hands for whatever reason, he asks the officer for permission.

Like Jordan, Hairston said he tries to do whatever it takes to make sure a traffic stop does not escalate into a deadly encounter.

And most days, before he starts his car, he says a prayer.