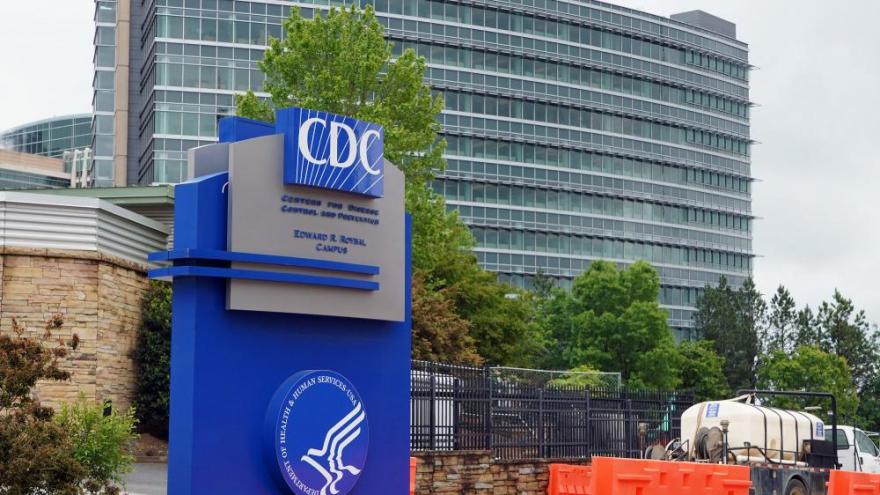 A general view of the Centers for Disease Control and Prevention Edward R. Roybal campus in Atlanta.

(CNN) -- In the early weeks of the US coronavirus outbreak, staff members in the U.S. Centers for Disease Control and Prevention had tracked a growing number of transmissions in Europe and elsewhere, and proposed a global advisory that would alert flyers to the dangers of air travel.

But about a week passed before the alert was issued publicly -- crucial time lost when about 66,000 European travelers were streaming into American airports every day.

The delay, detailed in documents obtained by CNN, is the latest example to emerge of a growing sense of disconnect between the CDC and the White House.

In interviews with CNN, CDC officials say their agency's efforts to mount a coordinated response to the Covid-19 pandemic have been hamstrung by a White House whose decisions are driven by politics rather than science.

The result has worsened the effects of the crisis, sources inside the CDC say, relegating the 73-year-old agency that has traditionally led the nation's response to infectious disease to a supporting role.

Rising tensions between CDC leadership and the White House over the perception that the agency has been sidelined has been a developing story in the media for weeks. But now, mid- and higher-ranking staff members within the agency -- six of whom spoke with CNN for this story -- are starting to voice their discontent. Those six spoke on condition of anonymity for fear of reprisals.

"We've been muzzled," said a current CDC official. "What's tough is that if we would have acted earlier on what we knew and recommended, we would have saved lives and money."

Where the relationship started to sour

Sources say the origin of the trust issues between the CDC and White House traces back to the CDC's botched effort to distribute testing in early February, when contamination in the lab led to long delays. Relations between them soured further in late February, when high-ranking CDC official Nancy Messonnier warned the American public -- at a time when President Donald Trump was out of the country and downplaying the threat -- that "the disruption to everyday life might be severe."

The consequences have filtered down to the American public in tangible ways.

One that caused consternation within the agency involved the delayed travel alert in early March.

As Covid-19 was racing across the globe, a March 2 CDC internal daily report attributed spread in the European region to Italy but also noted "evidence of local transmission in 29 other countries." In a follow-up report two days later, "85 international locations" had reported cases.

On March 5 -- with three of the top six countries outside of China affected by the disease in Europe -- the CDC was expecting to post a global travel alert that night, according to a CDC document that noted the alert had been cleared internally.

Although the CDC had already posted some travel warnings for individual countries, such as China, Italy, Iran and South Korea, the proposed alert would have urged precautions for international travel anywhere.

But it didn't happen that night. For unexplained reasons, the travel alert that was expected to be posted March 5 didn't occur until March 11 -- the same day Trump announced his sharp restrictions on travel from more than two dozen European countries.

Asked about the time lapse, a Trump administration official said the CDC had issued warnings and alerts by early March for specific countries dealing with outbreaks.

The administration official also said the CDC is one of many agencies that is a part of the White House Coronavirus Task Force, and that the views of CDC have always been represented at task force meetings and folded into what has been presented at White House press briefings on the virus.

CDC did not respond to multiple requests for comment on the travel advisory issue, or the wider allegation that the CDC has been sidelined.

White House was focused on China instead of Europe, source says

A senior official inside the CDC told CNN that the agency also alerted the White House to the virus's rapid spread across Europe, but that "the White House was extremely focused on China and not wanting to anger Europe ... even though that's where most of our cases were originally coming from."

Some experts say the worst consequence of the frayed relationship is a general sense that the CDC has lost its place as the face and voice of public health in the midst of a 100-year pandemic.

"The CDC ... were part of the mistakes with the early problems with testing, and it seemed like after that, they weren't trusted as much," said James Curran, dean of the Rollins School of Public Health at Emory University and a former CDC official. But, he added, "there's no place in the world that has more epidemiologists and scientists studying respiratory infections. ... We need them now."

During the swine flu pandemic in 2009, Dr. Anne Schuchat -- then the CDC's director of the National Center of Immunization and Respiratory Diseases (she's now the principal deputy director) -- was a constant presence in the media, so much so that she became the inspiration for Kate Winslet's character in the movie "Contagion."

During the Ebola crisis of 2014, then CDC head Tom Frieden took command of the public spotlight, heading up press conferences to deliver the latest news and often serving as the voice of the federal government's response in media interviews.

Although the current CDC leader, Dr. Robert Redfield, participates in the White House briefings, experts say his presence has been subdued in comparison to his predecessors. The public face of the Covid-19 crisis has instead been ceded to Dr. Anthony Fauci, the head of the National Institute of Allergy and Infectious Diseases, and Dr. Deborah Birx, coordinator for the President's coronavirus task force.

"I respect and admire Dr. Fauci immensely but he represents the scientific and research lane, and Dr. Birx represents the policy lane at the White House level," said Dr. Howard Markel, a public health and medicine historian at the University of Michigan. "The CDC represents the public health lane, internationally as well as working with state and territorial health offices, so I would want a representative from that lane."

In the initial days of the outbreak in China, the CDC was out in front on public messaging.

It hosted a tele-conference call with reporters about the new coronavirus on January 17, not even a week after China had reported its first death.

"This is a serious situation," said Messonnier, director of the CDC's National Center for Immunization and Respiratory Diseases. "It's crucial to be proactive and prepared."

Within a couple of weeks, the telebriefings tapered off.

"Then it got really dicey because obviously it became hyper political," said a current CDC staffer.

Earlier this month, CNN reported that the Trump administration shelved CDC-drafted guidelines to reopen the US; the CDC's guidelines were more strict and detailed than the White House's own road map toward a return to normal.

"If you look at our guidance documents online, they have been watered down a lot," said a current CDC official. "The ones that were written in March say, 'Go home and stay there,' and they are very clear. And the ones now say, 'in consultation with state and local governors, do what they say.'"

A CDC employee said an overarching concern is that the agency's scientific work is taking a back seat to politics.

"The message we received in previous administrations was, you guys are the scientists," the employee said. "That's not the case this time. If the science that we are offering up contradicts a specific policy goal, then we are the problem."