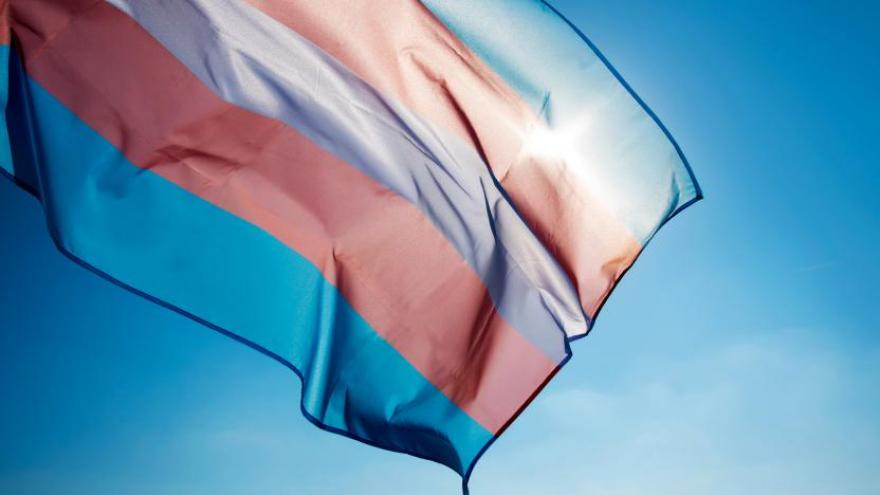 West Virginia must pause its enforcement of a new law that prohibits transgender women and girls from participating in public school sports, a federal judge ruled July 21, allowing the plaintiff in the lawsuit to sign up for her school's girls' cross-country and track teams while the challenge awaits a final decision.

(CNN) -- West Virginia must pause its enforcement of a new law that prohibits transgender women and girls from participating in public school sports, a federal judge ruled Wednesday, allowing the plaintiff in the lawsuit to sign up for her school's girls' cross-country and track teams while the challenge awaits a final decision.

In a 15-page preliminary injunction, District Judge Joseph R. Goodwin handed a temporary win to 11-year-old Becky Pepper-Jackson, a transgender athlete who, with the help of the American Civil Liberties Union of West Virginia, LGBTQ advocacy group Lambda Legal and Cooley LLP, sued the state in May over its sports ban. Becky is referred to in the lawsuit as B.P.J., but is named and quoted in ACLU news releases.

"At this point, I have been provided with scant evidence that this law addresses any problem at all, let alone an important problem," Goodwin wrote in his ruling.

The decision means West Virginia must stop enforcing the ban, which went into effect earlier this month, while the lawsuit awaits a final ruling. It also means Becky "will be permitted to sign up for and participate in school athletics in the same way as her girl classmates," the judge wrote.

"I am excited to know that I will be able to try out for the girls' cross-country team and follow in the running shoes of my family," Becky said in a statement. "It hurt that the state of West Virginia would try to block me from pursuing my dreams. I just want to play."

The ruling comes the same day another federal judge handed a victory to trans youth in Arkansas when he temporarily blocked the state from enforcing a ban on gender-affirming treatment for minors in the state.

"It is our hope that courts recognize and address discrimination when they see it, and nowhere is it more visible than in these stark attacks against trans youth," said Avatara Smith-Carrington, an attorney with Lambda Legal, in a statement.

Goodwin wrote in his ruling that "forcing a girl to compete on the boys' team when there is a girls' team available would cause her unnecessary distress and stigma," adding that it would also create confusion for coaches and teammates.

"And not only would B.P.J. be excluded from girls' sports completely; she would be excluded because of who she is: a transgender girl."

Some legislators in states nationwide have argued that allowing transgender athletes to compete raises issues over fairness in athletics. Before West Virginia Republican Gov. Jim Justice signed the state's ban into law in late April, he argued that approving it is "the right thing to do."

"I'm absolutely all in, because I do not think that from the standpoint of our girls, that we ought to allow a situation to where, you know, for whatever reason may be, we end up with a superior athlete that could just knock our girls right out of the competition," he said at a news conference.

Loree Stark, the legal director for the ACLU of West Virginia, said in a statement Wednesday that "we've said all along this cruel legislation would not survive a legal challenge, and we're encouraged by the court's decision today."

"We hope trans kids throughout West Virginia who felt attacked and wronged by the passage of this legislation are feeling empowered by today's news," she added.

CNN has reached out to Justice's office for comment, as well as to West Virginia House Education Chairman Joe Ellington, a Republican who was one of the bill's sponsors.