'We're here to help you.' What Afghan Americans want refugees fleeing the Taliban to know 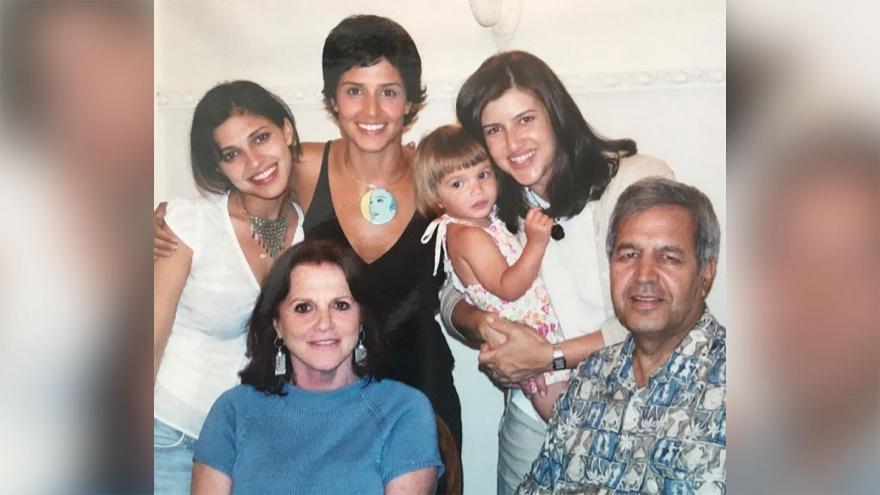 (CNN) -- Decades after the last major exodus from Afghanistan, refugees find themselves forced to flee their homeland once again as the US war in Afghanistan ends and the Taliban rise to power.

Secretary of State Antony Blinken said this week that the United States will have brought approximately 60,000 Afghans to America the end of the month. Since the Biden administration's withdrawal in August, refugees have started to arrive at military bases and temporary centers in Virginia, Texas, New Jersey, Indiana, New Mexico and Wisconsin.

About 17% of those who have already arrived are US citizens and lawful permanent residents, and they can head to their destinations without first passing through military bases. The rest, however, will go to bases to receive medical screenings -- including Covid-19 vaccinations -- before they're relocated to communities around the country.

Noorullah Delwaria has been in the US since 1969 and recalls when the rest of his family left Afghanistan after the Soviet invasion in 1979.

"It was hard, difficult and emotional when they escaped the war," the 79-year-old told CNN.

At that time, the Afghan migration was considered the largest refugee crisis in the world, as 1.9 million people fled from Afghanistan, escaping Soviet bombs and military occupation.

While there is overwhelming support from Americans and politicians to resettle and welcome incoming refugees, some observers say anti-refugee sentiment and racism have also increased.

US Rep. Tom Tiffany from Wisconsin, tweeted, "Disturbing that 5000 Afghans per day are headed to the US- including Fort McCoy in Wisconsin. Afghanistan is a dangerous country that is home to many dangerous people."

Afghan Americans who have gone through the journey as refugees offered some advice for the new arrivals. Here's what they told CNN.

Take care of your mental health

Rohina Hussain remembers how scared she was when she first arrived to the US as a 5-year-old in 1991 with her family after the Soviet Union's invasion. The entrepreneur recalls being frightened after getting stuck on an escalator in the airport. She had never been on one before. She says that fear was replicated throughout her childhood and teen years as she faced bullying, family financial hardships and depression.

Her father didn't speak English but managed to work multiple minimum wage jobs, including picking up trash from the streets to support a family of eight children, she remembers. When they settled in Virginia, Hussain says she began feeling like a foreigner. She was bullied in school and in her neighborhood.

"I was bullied because I wasn't White...my last name is Hussain," she said, adding that she wore a headscarf after 9/11. She said other students in school wouldn't acknowledge her.

"There was discrimination from the moment I was here...the neighbors didn't care if you're dead or alive, no hello, no care for the baked goods you gave them," Hussain said. "I had dark, deep depression and severe anxiety," which culminated in panic attacks, she said.

Hussain, who is a mother of three children and an entrepreneur, wishes she and her parents had gone to therapy in the years after they arrived because it would have helped her better cope with her trauma.

Intergenerational trauma is a significant issue that faces many Afghan refugees, she said.

"I used to be angry with my parents as a kid because I didn't understand it," the 35-year-old said. "You're coming into a new country and new world. Kids need advice and guidance from a professional to understand how they feel."

Going to the mosque and enrolling in art classes as a child gave her some peace, and it's something she believes younger Afghan refugees should try, as well as professional therapy.

"That peace for them can be sports, arts, anything they might like to get involved in," Hussain said. "Those things to make good friends, to do what they truly love."

Hussain wants Afghan refugees to remember that they are good people with good intentions, and to take care of their mental health.

The diaspora is at 'your disposal'

Madina Wardak, a 31-year-old social worker and social justice advocate, was born and raised in Los Angeles. Her parents arrived in the US as refugees in 1989.

In Los Angeles, Wardak and her family found a tight-knit Afghan refugee community that celebrated birthdays together and supported each other "because we had nobody else," she said.

Wardak wants incoming Afghan refugees to know that, "If you're in America, you're on stolen land. They (White people) got this country through violence, they didn't get it in a way that's moral ... you have more of a right to be here. You're here because of the violence they created," Wardak said. "You are resilient, strong, and you come from a strong culture."

Wardak uses her popular Instagram profile, Burqasandbeer, to inform her followers on human rights and humanitarian issues in Afghanistan, as well as various racial and social justice issues.

Wardak says the Afghan diaspora is here at the disposal of incoming refugees. She says there is an Afghan community in every major city in the country, and that, in addition to college scholarship funds, there are non-profits eager to help refugees.

"Use us, you're not alone. There are people that have been in your shoes 30 years ago... we came here earlier, now you can use what we learned," Wardak said. "Because when our parents came here they had no one. We're here to help you."

Don't let others bring you down

Noorullah Delwaria moved to California from Afghanistan in 1969 to study international banking at UCLA on a scholarship. He would take evening classes at the university and worked during the day at a bank to support his family.

In 1979, several of his relatives fled to California as he watched his homeland face a "brutal invasion" from the Soviets, Delwaria says.

"My family, my sister, her husband, they struggled to learn the language and adapt here," he said. "Now they're fluent and working."

Because it was hard to accept that his homeland was being invaded, Delwaria decided to organize protests in California and informed local politicians and media outlets of the situation in Afghanistan. He would later travel across the world with his wife to help with the rebuilding of his country after 2001.

Delwaria says he's seen how the hostility and prejudice toward immigrants and refugees has risen through the decades.

"When I came here, there wasn't this hostility towards immigrants and refugees," he said. He thinks Afghan refugees should not let the sentiments of today bring them down.

"In my view, if you're hardworking and study, and know the English language, it will help people to excel," he said.

His advice for students is to start off at a university and try to take evening classes and work during the day.

"That kind of opportunity will help ... don't pay attention to them (racists), and do your studies," he said.

America is still the land of opportunity

When Ahmad Hamidi left Afghanistan in 1989 as a 7-year-old, his father told him they were going on an adventure. He learned later that they were leaving for America.

His passion for football and the Buffalo Bills made his transition easier. He started playing the sport his first year in the country, which helped him learn English and make lifelong friends, the 38-year-old says.

Hamidi's parents struggled financially when they first arrived. His father worked at a 7-Eleven and his mother worked as a cashier at a Roy Rogers restaurant and eventually worked her way up as a manager.

He says it's vital to establish some kind of savings once they find housing and work. He also encourages entrepreneurship.

"You have to get on the ground running. I wish there was a program for them like that," he said.

"America is still the land of opportunity. We lived in lowest conditions throughout the years, but we did not bend, we worked hard, and learned, and we've done very very well," he said.

Hamidi is the owner of several businesses, including a multi-million dollar security company in Los Angeles, where he has employed at least a dozen Afghan refugees in recent years.

His passion for football hasn't stopped. He still goes to Buffalo Bills games and even took his wife to a game during their honeymoon before they set off for the Caribbean.