Welcoming immigrants would cool off inflation, US Chamber of Commerce CEO says 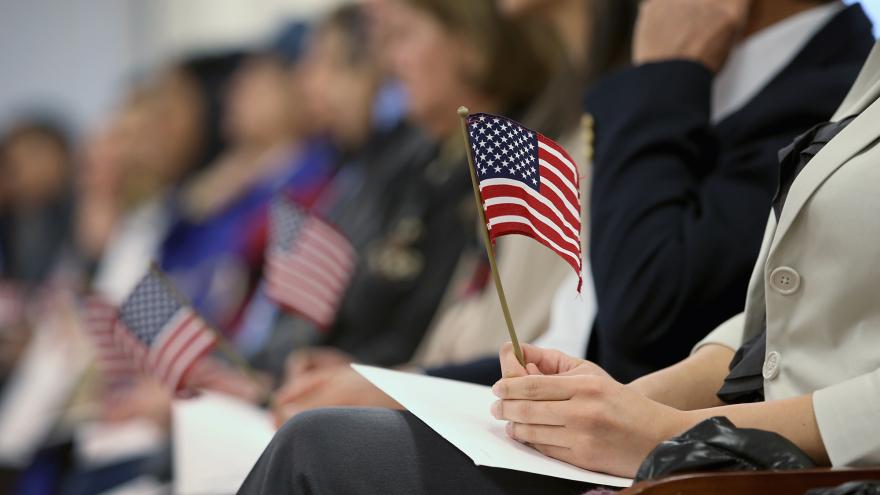 (CNN) -- The US Chamber of Commerce is calling for doubling the number of legal immigrants into America as a way to ease inflation and the worker shortage.

"We need more workers. We should welcome people who want to come here, go to school and stay," Chamber of Commerce CEO Suzanne Clark told reporters during a press conference on Tuesday. "That is a place the government could be particularly helpful and we do believe it would be anti-inflationary."

Clark added that ramping up immigration would help to ease the supply chain disruptions that are at the heart of the inflation spike, including the shortage of truck drivers.

"If we can alleviate the worker shortage, it might be the fastest thing to do to impact inflation," Clark said.

'We will stop them.'

Clark also promised on Tuesday to fight back against what the business group views as antitrust overreach from politicians and regulators.

"We do still have leaders who think the government needs to step in and impose a heavy hand," Clark told reporters during a virtual press conference.

Clark cited "modern day trustbusters on Capitol Hill from both parties who label all big as bad" as well as the Federal Trade Commission taking "such an aggressive stance" against mergers and acquisitions that it causes fear among small and medium-sized businesses who hope to eventually sell their firms.

"If bureaucrats and elected officials don't stop getting in the way, we will stop them," Clark said.

Neil Bradley, the Chamber's chief policy officer, pushed back on efforts from the White House to pin some of the blame for high inflation on market concentration.

"Every time a problem comes up in the economy, whether it's inflation or supply chain bottlenecks, some in the administration are suggesting that 'Ah, the culprit must be this solution that's our preexisting agenda,'" Bradley said.

The Biden administration recently announced an action plan aimed at addressing soaring meat prices by encouraging more competition in the industry and ramping up regulation and enforcement of potential market abuses.

"We didn't have a sudden surge in concentration in our supply chains that somehow produced the bottlenecks," Bradley said. "When the administration goes to concentration or antitrust or the FTC as the solution, they're really missing the larger issues that they need to be working on."