Weeks after a winter storm, residents of Jackson, Mississippi, may soon be able to stop boiling water before using it 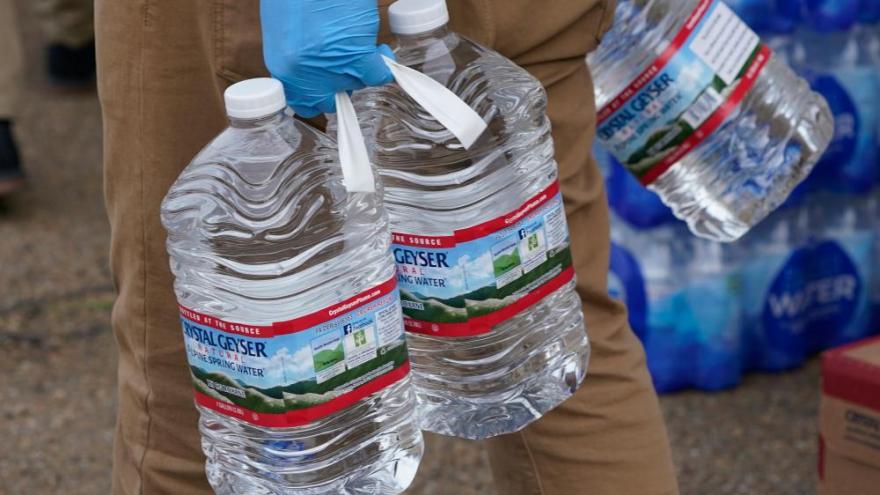 Many Jackson, Mississippi residents may finally return to a sense of normalcy regarding their water supply, which has remained strained since the capital was struck by severe winter storms in February. Faculty and students at Provine High School served prepared meals and distributed bottled water to residents in west Jackson, Mississippi, Thursday, March 11, 2021.

(CNN) -- The water supply in Jackson, Mississippi, may finally return to normal soon, weeks after a winter storm left some without service and forced a citywide boil-water advisory.

While water has largely been restored, the boil water notice has remained, preventing some residents from using water for cooking or washing. Officials in Jackson intend to provide surface water samples to the Mississippi State Health Department starting Monday to ensure the boil water notice can be lifted, a news release from the city said Sunday.

Tanks have continued to fill after the cold weather snap caused multiple leaks and breaks, depleting the city's water supply.

The city will begin dropping off samples, so that the precautionary boil water notice that is still in effect for those using water from the city's 43,000 connections can be lifted, according to the release.

At least 120 samples from various locations throughout the city will need to pass the sampling tests for two consecutive days for the boil water notice to be lifted.

The city of Jackson lifted a precautionary boil water notice for the 16,000 connections served by the Jackson Maddox Well System on Wednesday, the city said in an earlier release.