Week after July 4 parade shooting, a moment of silence 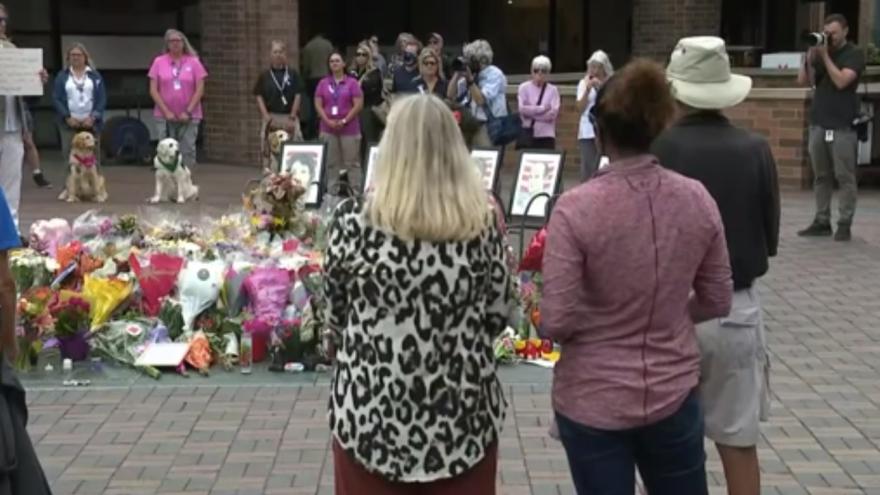 HIGHLAND PARK, Ill. (AP) — One week after a shooting at a Fourth of July parade that left seven dead, the Chicago suburb of Highland Park held a moment of silence Monday morning to mark the exact time police say the first shot was fired.

More than 100 people gathered and hugged each other in a downtown plaza for a tribute that began at 10:14 a.m. and lasted longer than the planned two minutes.

Churches in the community along Lake Michigan tolled their bells seven times.

The event was held not far from the building where a gunman fired dozens of shots from the roof along the parade route.

A huge memorial of flowers and chairs holding photographs of the seven victims is now there.