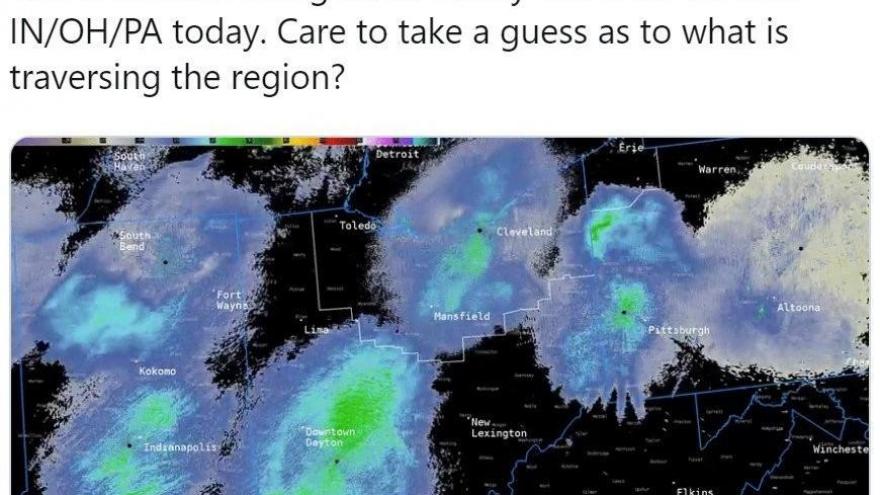 (CNN) -- The folks watching the weather radar in Ohio this week spotted something that wasn't in the forecast -- swarming dragonflies.

The National Weather Service's Cleveland Office tweeted radar images on Tuesday that showed the hordes of small creatures. It looked like pulsating storm clouds over Ohio, Indiana and Pennsylvania, but the office said it wasn't rain.

He said the dragonflies don't usually travel in swarms like this, but local weather conditions can cause them to bunch up.

"The big swarms have been recorded a lot over the years, but they're not regular," he said.

The view from the ground was almost as dramatic as the radar view.

Anna Barnett said the dragonflies darted and circled all afternoon at the Mohican Hills Golf Club in Jeromesville, Ohio.

"I have never seen dragonflies swarm before, it was amazing!" she said.

Johnson said there are still a lot of questions about the dragonfly migration.

"We don't know a whole lot of the details about how far an individual will eventually go," he said.

He said researchers have found that the dragonflies travel an average of 8 miles (13 kilometers) per day, but can fly as far as 86 miles (140 kilometers).