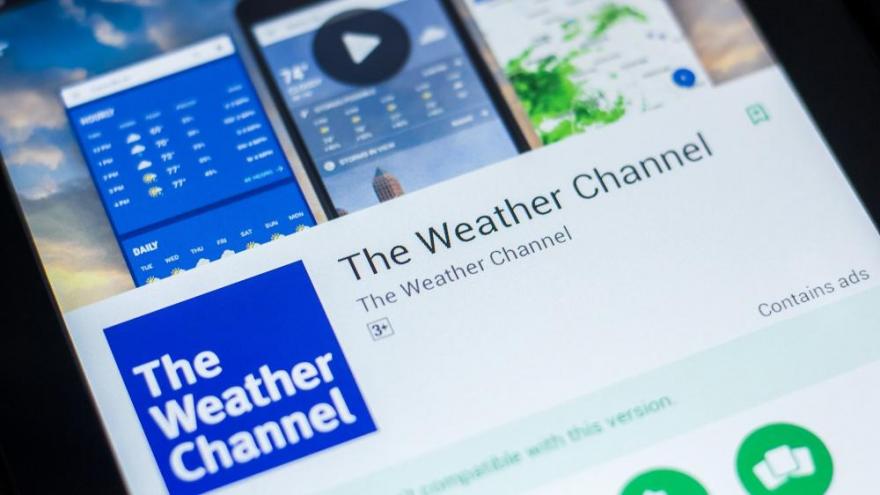 The city of Los Angeles has sued to stop the operator of The Weather Channel's mobile phone application from allegedly "covertly mining the private data of users and selling the information to third parties, including advertisers."

(CNN) -- The city of Los Angeles has sued to stop the operator of The Weather Channel's mobile phone application from allegedly "covertly mining the private data of users and selling the information to third parties, including advertisers."

"We're acting to stop this alleged deceit," Los Angeles City Attorney Mike Feuer said Friday in a statement. "We allege TWC (The Weather Channel) elevates corporate profits over users' privacy, misleading them into allowing their movements to be tracked, 24/7."

Defendant TWC Product and Technology, a subsidiary of IBM, disputes the claims.

"Weather Company has always been transparent with use of location data; the disclosures are fully appropriate, and we will defend them vigorously," IBM spokesman Saswato Das told CNN.

The complaint contends that "for years, TWC has deceptively used its Weather Channel APP to amass its users' private, personal geolocation data -- tracking minute details about its users' locations throughout the day and night, all the while leading users to believe that their data will only be used to provide them with 'personalized local weather data, alerts and forecasts.'

"TWC has then profited from that data, using it and monetizing it for purposes entirely unrelated to weather or the Weather Channel App. In fact, unbeknownst to its users, TWC's core business is amassing and profiting from user location data."

The suit was filed Thursday in state court on behalf of Californians.

The complaint claims information about the company's practices are "intentionally" obscured "because it recognizes that many users would not permit the Weather Channel App to track their geolocation if they knew the true uses of that data."

By "combing" through the nearly 10,000-word privacy policy, the complaint says, users can learn "that their geolocation may be tracked for purposes other than 'personalized local weather data, alerts and forecasts.'"

The privacy settings section, the complaint says, "vaguely states that geolocation data may be used for 'geographically relevant ads and content' and may be shared with 'partners' for 'the provision of services such as business operations, advertising solutions or promotions.'"

"Based on the misleading statements and omissions," the complaint said. "TWC is able to convince approximately 80% of the Weather Channel App's users to grant access to their geolocation data. TWC then proceeds to track those users' movements in minute detail."

Feuer said the information amassed "is allegedly used for targeted advertisements by at least a dozen third party websites over the past 19 months based on locations users frequent, and has been by hedge funds interested in analyzing consumer behavior."

The case "goes to the core of one of today's most fundamental issues ... privacy in the digital age," Feuer said in his statement.

"We believe Americans must have the facts before giving away our most personal information," the city attorney said. "If the cost of a weather forecast will be the sacrifice of deeply private information -- like precisely where we are, day and night -- it must be clear, in advance."