'We need them desperately': US police departments struggle with critical staffing shortages 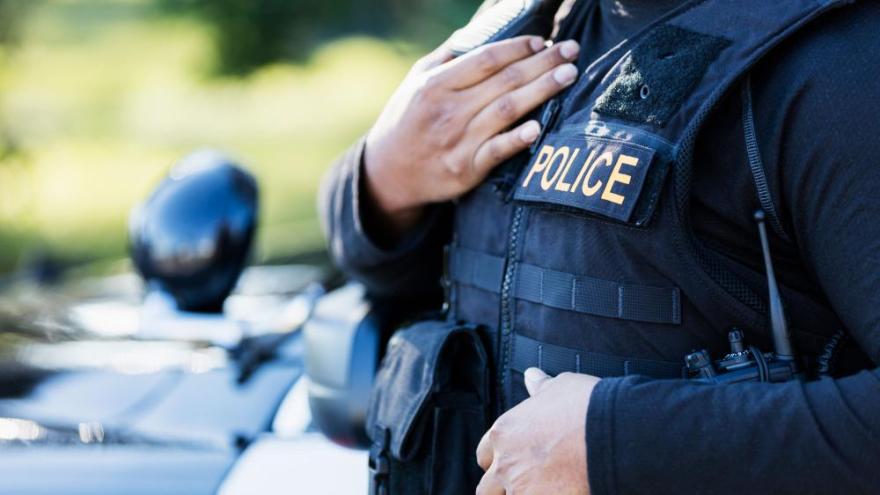 US police departments are coping with staffing shortages and struggling to fill their ranks.

(CNN) -- Police departments from Atlanta to Kansas City to Portland are coping with critical staffing shortages and struggling to fill their ranks from patrol officers to 911 operators, as the warm weather historically portends bursts of violence in many parts of the United States.

The Kansas City Police Department is down about 100 crucial non-law enforcement positions, including 911 dispatchers, mechanics and analysts, and down more than 200 officers, according to Maybin.

"We're stretched thin," the interim chief said. "But the one thing that we can't take away from is ... emergency response."

Atlanta, Dallas, Portland, Seattle and other cities cope with shortages

Across the nation, the challenges police departments face in retaining and recruiting officers are daunting -- a staffing crisis exacerbated by retirements and resignations, as well as high-profile killings that have put policing under increased scrutiny and made it a frequent target of protests and calls for budget cuts.

Police departments are offering bonuses to new officers and, in some cases, those already on the job, educational stipends and other incentives in an attempt to fill their ranks.

"I'm looking for 250 officers and we're finding them. People are answering the call," Atlanta Mayor Andre Dickens said. "They're saying they want to serve their city."

Atlanta, like many cities across the country, saw unrest in the wake of the murder of George Floyd at the hands of a Minneapolis police officer in 2020 -- which was captured on cellphone video and widely distributed.

Other cities are looking for officers as well. The Dallas Police Department is down about 550 officers. In Portland, the department is looking to fill more than 100 officer positions.

In Seattle, a shortage of police officers recently led to fewer detectives working on sexual assaults. In a statement last month, Seattle Police Chief Adrian Diaz said he had to move detectives and support staff from other units to help. But challenges remain, the chief said, noting that the department was down to 135 detectives compared to 234 in 2019.

On Monday, Chicago Police Superintendent David Brown asked for the city's "continued support and prayers" after the department's third suicide of an officer in the last month.

Brown also addressed concerns over the department's canceling of days off during the summer, noting that "historically the most violent weekends of the year" in the city have been Memorial Day, Father's Day, July Fourth and Labor Day weekends.

The superintendent said the time-off decision was made for officer safety, adding that "when that cop in a dark alley is calling for help" more officers are needed on the streets. Brown stressed that personal leave and vacation are not being canceled.

The Chicago Fraternal Order of Police -- Chicago Lodge #7 -- has taken issue with the canceled days off.

Crisis threatens 'quality of life in our communities'

A June 2021 national survey found that police departments around the country on average were filling 93% of available budgeted positions, according to the Police Executive Research Forum. The survey showed a 45% increase in retirements and an 18% jump in resignations over the previous year.

On average, officers spend 8 months training before they can patrol the streets alone, according to the Bureau of Justice Statistics. That means it will take years to fill open jobs at departments across the country.

The reasons for the recruitment and retention crisis are attributable to "multiple social, political, and economic forces," including generational differences, negative perceptions of policing and the long hiring process of many agencies, according to a September 2019 survey by the International Association of Chiefs of Police.

additionally, low pay and the so-called great resignation -- in which workers voluntarily left their jobs in unprecedented numbers after the pandemic -- hit policing as it did other professions.

The effects the crisis has on cities, the survey said: "Longer wait times for calls for service, fewer crimes solved and cleared, and on-duty officers who are burned out and overworked threaten the quality of life in our communities."

"One of the challenges now is every ... police department is looking for the same group of talented motivated individuals that have a heart to serve," said Atlanta's Interim Police Chief Darin Schierbaum.

'We will not have enough officers tomorrow'

At the Kansas City Regional Police Academy, a police officer from Southern California, Ryan Tillman, recently spoke at a presentation on law enforcement recruiting, urging participants to avoid the tendency of waiting "for the people at the top to change the culture."

"I can legitimately go out there and be the change that the community wants to see without anybody having to impress upon me what I need to do," Tillman said in an interview.

"A misconception is I have to do things the way they want me to -- which that's true in a sense of policy and laws -- but I can go out there and police how I want to police."

Kansas City Mayor Quinton Lucas said job shortage cuts across all sectors of the government and the city is doing all it can to ensure public safety.

"Things will not be perfect tomorrow," he said in an interview. "We will not have enough officers tomorrow. What we can let people know ... (is that) we're responding to 911 calls for service. We're continuing to try to prioritize the best ways that we can help prevent crime throughout our city. But more than anything, that we need to all try to make sure we're helping other folks know that policing is a good path."

The city is taking that recruitment message to military bases and historically Black colleges and universities -- and increasing efforts to recruit female officers, according to Lucas.