'We are flying blind:' Lawmakers fume amid lack of coronavirus testing and answers 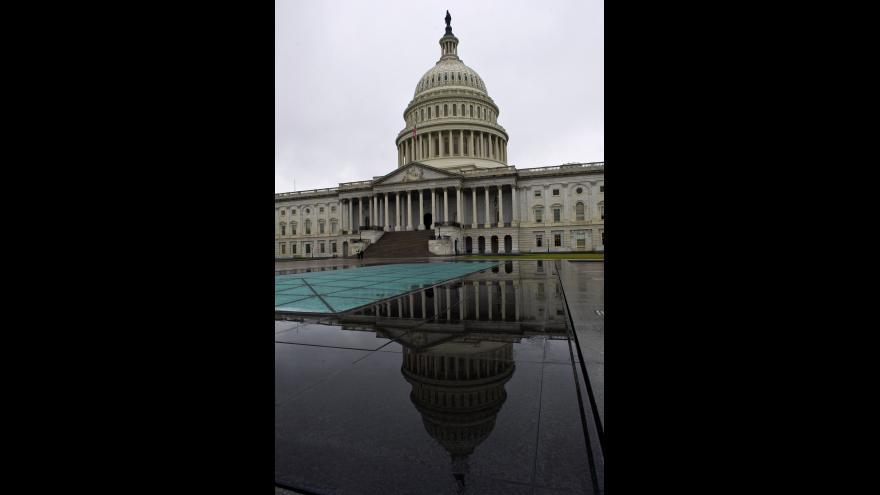 As the fiscal cliff deadline looms, Congress and the White House have still not reached a compromise. If no deal is struck by December 31 at midnight, taxes will automatically go up on both high earners and the middle class, and across-the-board spending cuts will go into effect.

(CNN) -- Lawmakers in Congress are expressing outrage and confusion as to why the United States is not testing individuals for the COVID-19 coronavirus at as fast a pace as other countries, following closed-door briefings with administration officials who failed to explain the discrepancy.

Several members emerged from an all-members House briefing Thursday morning saying they were told the government is working around the clock to make tests, but the US system is trying to catch up to other countries like South Korea.

Members were exasperated with what they said was a lack of clarity in the officials' answers, as lawmakers struggle to understand how the US has been so far outpaced by other countries grappling with the pandemic.

As he left Thursday's briefing, GOP Rep. Mark Walker of North Carolina said there is "a growing frustration among members as a whole to get more definitive answers" from the administration about testing capabilities.

He said the Centers for Disease Control and Prevention "struggled to give a really strong answer" on why the United States hasn't been able to duplicate testing that is being used in places such as South Korea.

The briefings for both chambers come at a pivotal moment for Congress in the pandemic. D.C. offices in the House of Representatives and the Senate are shuttering amid the report of an aide working for Democratic Sen. Maria Cantwell tested positive for the virus. Congressional leaders on Thursday officially announced the Capitol will be closed to tourists for the rest of the month. Several lawmakers themselves are self-quarantining as their offices undergo deep cleaning. The House is expected to pass a bill Thursday to respond to the outbreak, but Republican leaders in the House and the Senate have expressed their opposition to the bill.

"I don't think anyone is going to leave that briefing satisfied with what's going on with testing right now ... bottom line, you leave that briefing and we are not where we need to be and not sure when we are going to get there," said Democratic Rep. Mike Quigley of Illinois. "We are flying blind."

And Democratic Rep. Sean Maloney of New York said it was "simply the worst briefing I've ever received in seven or eight years in Congress."

"The administration has no good answers, no plan, there's no leadership," he added. "I think members of both parties are frustrated and angry, and they have every right to be."

Republican and Democratic senators left their closed briefing furious over the US failure to ensure there is widespread testing -- and contradicted President Donald Trump's claims that anyone can get tested when they want to get tested.

"Our system has just not been up to snuff and I think a lot of people are frustrated by it," said Republican Sen. Mitt Romney of Utah. "I'm one of them."

GOP Sen. James Lankford of Oklahoma, an ally of Trump, told CNN that the President "should stop saying" that anyone can get a COVID-19 test if they want one.

Sign up for the latest updates on coronavirus here.

"It's not consistent right now" with what representatives of federal agencies told senators, Lankford said. "That is not accurate right now. People should stop saying if you want a test, you should get a test right now. That's not here at this point."

"I don't know that anyone is satisfied with where we are right now," Lankford said.

Democrats called out the Trump administration for not having widespread testing available.

"I am very angry and frustrated about how we got to where we are now," said Washington Sen. Patty Murray, ranking Democrat on the Senate HELP Committee. "We are going to continue to push this administration to ramp up the tests but the reality is, and we were just told this by the experts, that they don't have the tests available and can't give us a date they will be."

Sen. Richard Blumenthal, a Democrat from Connecticut, described his feelings as "absolutely appalled."

"I am appalled and astonished that we have lost a critical two months there's still no plan, no strategy, for testing for ventilators, for the basics that are required for people to survive," Blumenthal said. "We're talking about life and death and there's still no plan."

Senate Majority Leader Mitch McConnell announced on Thursday that the Senate will be in session next week to work on coronavirus legislation and will not go on a previously scheduled recess. His comments came after an outpouring of lawmakers -- many of them Republicans -- called to cancel the weeklong break.

"The Senate will be in session next week," McConnell, a Kentucky Republican, wrote on Twitter. "I am glad talks are ongoing between the Administration and Speaker Pelosi. I hope Congress can pass bipartisan legislation to continue combating the coronavirus and keep our economy strong."

House Minority Leader Kevin McCarthy said earlier Thursday at his weekly press conference that Democrats and Republicans should negotiate to reach a consensus, calling for members to stay in town to get it done instead of heading home.

McCarthy said he doesn't want to rush the legislation, but expressed optimism that an agreement could come quickly if Democrats choose not to put the current version of their bill on the floor for a vote.

"It's more important we take a moment to step back. Let's work together," McCarthy said. "I think we can get this done in 24 or 48 hours, yes. I think it's critical that we do."

House Speaker Nancy Pelosi rejected that idea during her own press conference earlier Thursday, even as talks between Pelosi and Treasury Secretary Steven Mnuchin continue to alter the language of the bill to win White House support.

"I'm not sticking around because they don't want to agree to language." She said members who have complaints should "save it for another day," and for future legislation, arguing that now is the time to find common ground.

The main priority for both parties in their conversations with the Trump administration has been on boosting testing for the coronavirus.

During the House briefing, Rep. Raul Ruiz, a California Democrat and a physician, asked the officials why the United States hasn't developed or purchased drive-through testing technology, according to a member in the room. Stephen Hahn, commissioner of the FDA, didn't have a good answer, the member in the room said, but Hahn said that American testing has more regulations and takes longer to set up.

At least one lawmaker has become a symbol himself for availability of coronavirus testing. A spokesperson tweeted Thursday morning that Democratic Rep. Don Beyer of Virginia has not been given the test after having a meal with a person who tested positive for the disease.

"We tried to get a test for him, not bc he is special, but bc of who he interacts with," tweeted Beyer's spokesperson Aaron Fritschner. "Thought it important to know ASAP. But there aren't enough tests, he didn't meet the risk threshold. Member of Congress." Beyer is one several lawmakers who is self quarantining.

Some lawmakers are calling on canceling the week-long recess specifically to address the testing issue. Republican Sen. Ben Sasse of Nebraska cited nursing home operators in his home state, saying they don't have enough kits to investigate possible cases.

"Instead of going into recess next week, the Senate ought to keep working on the people's business — both addressing the obvious deficiencies in our diagnostic testing pipeline, and debating the President's call last night for economic legislation," Sasse said in a statement. "The Senate has work to do, let's get to it."