Watchdogs scramble to keep tabs on billions in stimulus spending 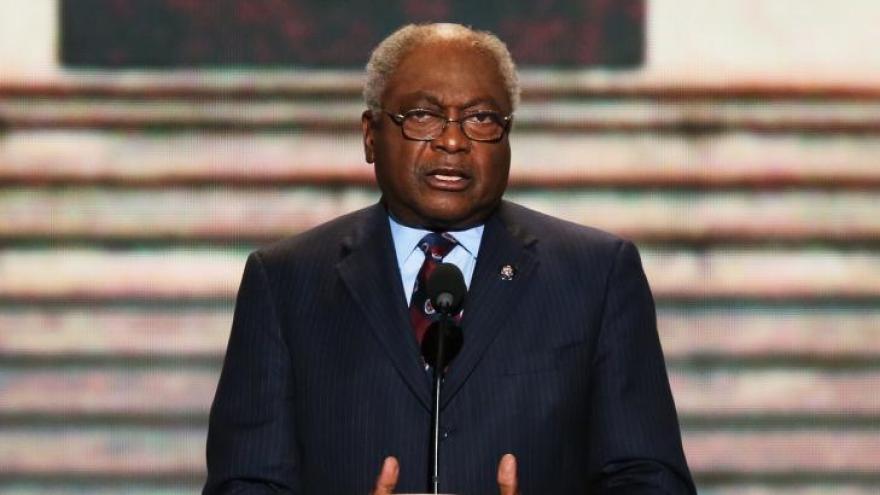 Pelosi said she was creating a select committee on the coronavirus that would be led by House Majority Whip Jim Clyburn of South Carolina, and the House Oversight Committee has already been pushing for data on the difficulties with supplying states with medical equipment amid the pandemic.

(CNN) -- Hundreds of billions of dollars are flowing every day from the largest emergency economic package in US history. The watchdogs, if they're even in place, are now just trying to keep up.

The oversight work is starting, but there are already questions about whether the commissions and panels are getting set up fast enough and de-conflicting enough to stay on top of the spending. An even bigger looming question is whether the White House and President Donald Trump -- who has made clear he's no fan of oversight and criticism of his administration's response to the coronavirus pandemic -- will cooperate.

The $2.2 trillion stimulus package, the largest in history signed into law last month, created several overlapping oversight entities to keep tabs on spending that would be doled out by the Trump administration. The legislation established a new special inspector general for pandemic recovery appointed by the President, a new oversight body within the inspectors general community and an independent congressional panel appointed by House and Senate leaders. The law also gave $20 million to the nonpartisan congressional watchdog, the Government Accountability Office.

"People want to know what is happening to the money," said Angela Nicole Clowers, the leader of the GAO's health care unit.

Congress, too, is taking its own oversight steps: House Speaker Nancy Pelosi said she will create a new committee dedicated to tracking government spending on the coronavirus recovery, which the House will vote to set up on Thursday.

There's plenty to look at. There have been early glitches in the Small Business Administration's loan program, criticisms over chain restaurants receiving some of the loans meant for smaller mom-and-pop restaurants and concerns that adding the President's name on stimulus checks may have delayed the money going out.

But for some of the oversight panels, it's been a slow start. The first appointee to a newly created congressional body -- in an effort to get the ball moving -- sent out a request for information before any other members of his committee had even been appointed. The head of the inspectors general panel was removed. Still, several inspectors general started their audits, and the nonpartisan congressional watchdog has launched its own examination with its first report expected at the end of June.

When the President signed the Cares Act last month, he included a signing statement suggesting he would ignore several of the oversight requirements, including that the newly appointed special inspector general inform Congress if the administration refuses to cooperate with requests for information.

Trump then removed the acting inspector general for the Pentagon, Glenn Fine, after Fine had been selected to chair the Pandemic Response Accountability Committee, the group of inspectors general who will oversee the stimulus spending.

Trump also lashed out at a Health and Human Services inspector general report earlier this month that had surveyed hospitals across the country and said they had "severe" and "widespread" shortages of needed medical supplies.

And Trump's selection to be the special inspector general for pandemic recovery, Brian Miller, is a lawyer in the White House counsel's office. The pick prompted sharp criticisms from Democrats like Senate Minority Leader Chuck Schumer, who said that a White House aide is "exactly the wrong type of person to choose for this position."

Miller, who was previously General Services Administration inspector general during the Bush and Obama administrations, needs Senate confirmation to the role, though the Republican-led Senate could confirm him without Democratic votes. The confirmation timetable, however, remains up in the air with the Senate out of Washington due to coronavirus.

One place Trump cannot interfere is with the five-person congressional oversight commission that was created in the stimulus law, after Democrats demanded additional oversight measures over the Treasury Department's $500 billion fund to help stabilize the economy. The money, unlike the Small Business Administration programs, was intended to go to larger corporations affected by coronavirus.

But the panel still does not have a chair, which is supposed to be jointly selected by Pelosi and Senate Majority Leader Mitch McConnell.

The first person selected for the commission, Bharat Ramamurti, took matters into his own hands last week, sending a letter to Federal Reserve Chairman Jay Powell requesting public disclosure for individual transactions the Fed makes. And, Ramamurti has been tweeting in real time his concerns about how the $500 billion program is structured.

Asked if he'd continue using Twitter in upcoming months to broadcast his concerns, he told CNN Monday, "I cannot say exactly, but I think it is a valuable tool, and I think overall the mandate of the commission is to inform the public."

The commission members and their staffs have started speaking informally as they await a chair to be named to lead the panel. The commission is instructed to issue reports every 30 days, beginning next month.

Pelosi told reporters last week that she and McConnell had agreed to "submit names who we think might be acceptable to each other" to chair the panel.

"I'm sure there are plenty of people that would meet that test, who would be good to chair this panel. And so that is in the process," Pelosi said.

In addition to the commission, Congress will be doing its own traditional oversight. Pelosi said she was creating a select committee on the coronavirus that would be led by House Majority Whip Jim Clyburn of South Carolina, and the House Oversight Committee has already been pushing for data on the difficulties with supplying states with medical equipment amid the pandemic.

The House will vote to create the new committee on Thursday, despite Republican resistance to the panel.

In the Senate, McConnell designated Senate Banking Chairman Mike Crapo of Idaho to lead the Senate's oversight of the Cares Act. And Sen. Marco Rubio, who chairs the Small Business Committee, said Monday his panel would use its subpoena power to ensure that businesses receiving money from the Paycheck Protection Program are actually in need of the funds.

"If companies are not forthcoming, the committee will use its subpoena power to compel cooperation," the Florida Republican said in a statement.

The Cares Act and the latest stimulus bill Congress agreed to on Tuesday also include a host of provisions requiring the federal government, states and localities to provide reports to Congress.

Despite the removal of Fine, the committee of inspectors general appears to have started its task of auditing and investigating the money deployed from the $2 trillion stimulus, as well as two related laws that preceded that legislation.

Inspectors general at the Departments of Defense, Labor, Justice and Health and Human Services have already announced or begun the process of audits and investigations into the coronavirus pandemic and the emergency relief law enacted last month.

Unlike some other oversight entities, the way the committee is structured gives it an advantage into launching its oversight activities. Individual inspectors general can undertake initial audits and investigations into the implementation of the laws. They are then expected to coordinate their findings across the committee.

The committee, made up of 21 members from offices of inspector general across the federal government, hasn't been without problems, however.

The Council on Inspectors General on Integrity and Efficiency (CIGIE) moved quickly to appoint the chair of the committee, naming Fine just three days after the $2 trillion economic relief bill was signed into law. Fine and Michael Horowitz, the Justice Department Inspector General and CIGIE chairman proceeded to add another 12 members to the committee.

But a little more than a week later, Trump removed Fine from his role as acting Pentagon inspector general, making him ineligible to chair the committee.

A replacement has not yet been named.

Sen. Chuck Grassley, an Iowa Republican, wrote to Trump on Tuesday to express his concern over the President's signing statement on the CARES Act, in which he suggested he could stop the special inspector general from telling Congress if agencies aren't complying with requests.

"Read broadly, this interpretation could be cited as authority to unduly strip IGs of their fundamental ability to timely report waste, fraud, abuse and misconduct in government programs to Congress," Grassley wrote.

Oversight 'as comprehensive as possible'

One division of oversight is already up and running. The Government Accountability Office -- an office that's part of the Legislative Branch, meaning Trump himself cannot control it -- says it's on target to release its first report on the coronavirus response by the last week of June.

After that, GAO will release reports every 60 days and cover a range of topics from the administration's preparations for coronavirus to the way the Small Business Administration's loan program was launched.

Clowers, GAO's health care unit chief, told CNN the goal of the audits is to be "as comprehensive as possible" with the work already well underway.

GAO has experience overseeing stimulus spending. The GAO regularly issues reports on disaster response to hurricanes, and it helped oversee the handout of TARP money during the 2008 financial crisis.

Clowers said GAO has already begun to deconflict with inspector generals in an effort to ensure the work is not duplicative.

"In this environment, it is important to make sure we are building on each other's work and not duplicating work," she said.