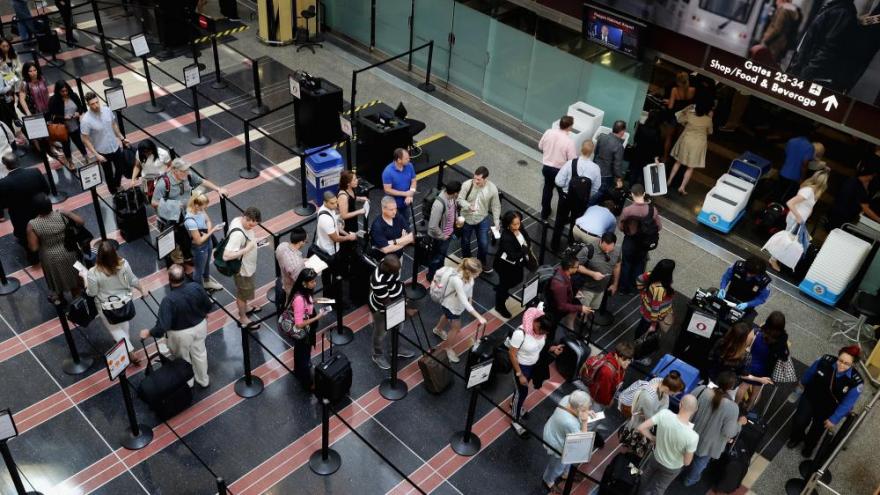 A government watchdog warned that some airport security screening equipment may not be keeping pace with current threats and remaining effective.

(CNN) -- A government watchdog warned Thursday that some airport security screening equipment may not be keeping pace with current threats and remaining effective.

The Government Accountability Office, a watchdog arm of Congress, reported that some devices used by the Transportation Security Administration are no longer up to the job due to lapses in maintenance and inspections.

It also found the time required for the government and private companies to develop and improve screening technology means it can take the agency years to put in place screening devices that meet its own improved standards.

The most outdated example it provided was for scanning bottled liquids. GAO said the current technology in use meets standards developed in 2006, but that the agency developed updated standards in 2012 and 2017.

In some cases, the report said, the problem is that TSA has identified a need but the technology has not yet caught up. In other cases, the agency is preparing to deploy new devices and so does not deploy a more incremental update, such as a software improvement.

It also found that lapses in maintenance and inspections have reduced the efficacy of some TSA devices. That meant some equipment for finding explosives "no longer met detection requirements -- either the required probability of detection for certain explosives or the required rate for false alarm, or both."

TSA told GAO it has worked to improve maintenance and believes that its multiple different types of screenings will prevent shortfalls.

"Officials noted that TSA uses a layered security approach at airports, so if one layer should fail -- such as a deployed technology -- the agency can still rely on other security measures among the various layers of security to detect threats," the report said.

TSA did not respond to requests for comment on the report, but it told GAO in a memo that it agrees with the watchdog's five recommendations for improvement.